Home » Americas » Biden will visit Jimmy and Rosalynn Carter while in Georgia commemorating his 100th day in office. 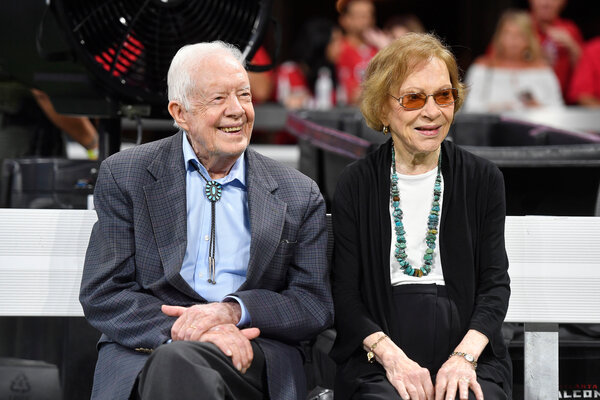 President Biden will meet with former President Jimmy Carter and his wife on Thursday as part of a trip punctuating his first 100 days in office, the White House announced on Tuesday.

Mr. Biden intends to visit the Carters’ residence in Plains, Ga. while in the state for a drive-in rally in Atlanta.

Mr. Carter, 96, has been mostly absent from public life in recent years, with public statements for the former president coming through his organization, the Carter Center.

Because of the risks of the coronavirus pandemic, Mr. Carter did not travel to Washington for Mr. Biden’s inauguration ceremony in January. Mr. Biden said he instead spoke with Mr. Carter by phone the night before.

Since February, however, both Mr. Carter and his wife have received a coronavirus vaccine and have been attending church, according to reporting from The Associated Press.

Mr. Biden, 78, was a junior senator in 1976 when Mr. Carter was elected president, and the two remained close, with Mr. Carter backing Mr. Biden during his last presidential bid.

“Joe Biden was my first and most effective supporter in the senate,” Mr. Carter said in a recorded statement played at the Democratic National Convention last year. “For decades, he’s been my loyal and dedicated friend.”

Why the Subway Is No Longer a Daily Disaster.

Weedkillers: What do we know about glyphosate?