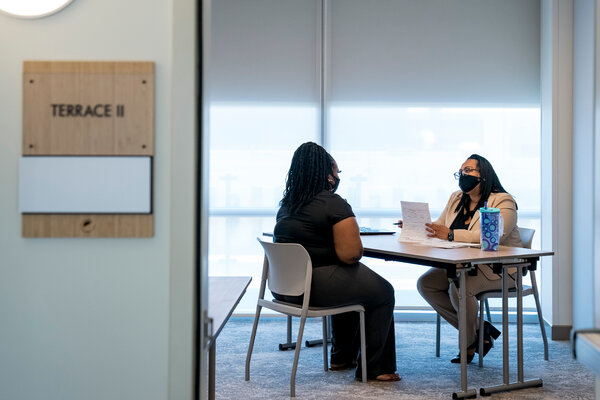 In seeking to protect workers and consumers from what his administration views as the harmful consequences of corporate consolidation, President Biden is enlisting support from regulators across the executive branch in what the White House has described as an overarching, “whole-of-government” effort.

As part of the executive order Mr. Biden plans to sign on Friday, the White House will ask more than a dozen federal agencies for input and action on 72 initiatives designed to increase competition and limit the power of large corporations across a wide range of industries. The order takes aim at a number of highly specific practices the White House has identified as problematic in sectors as diverse as agriculture, health care, transportation and technology.

It calls on the Department of Transportation to create rules requiring airlines to refund fees when baggage is lost or delayed, or when services like in-flight Wi-Fi aren’t provided. It directs the Department of Health and Human Services to propose rules within 120 days allowing hearing aids to be sold over the counter. And it encourages the Federal Trade Commission to curb the power of farm equipment manufacturers who often block farmers from repairing their own appliances.

It directs the Federal Communications Commission to bar internet companies from charging consumers termination fees when they switch providers. And it asks the Agriculture Department to prevent meatpacking companies from underpaying chicken farmers.

But the order also aims to address more far-reaching issues the government has struggled with for years. The order asks the health department to standardize health care options in the National Health Insurance Marketplace to make it easier for shoppers to compare plans. And it directs the F.C.C. to revive the net neutrality policy repealed under the Trump administration in order to bar internet providers from blocking or slowing down access to certain web content.

White House officials announced some of the other initiatives on Wednesday, including action to restrict the widespread use of noncompete clauses and occupational licensing requirements that the White House has described as harmful to workers.

“Roughly half of private sector businesses require at least some employees to enter noncompete agreements, affecting over 30 million people — this affects construction workers, hotel workers, many blue-collar jobs, not just high-level executives,” Jen Psaki, the White House press secretary, told reporters on Wednesday. “If someone offers you a better job, you should be able to take it.”

All Washington D.C. public employees will face a vaccine or testing requirement.

Contrary to widespread belief, cannabis addiction is possible. Here’s what it’s like