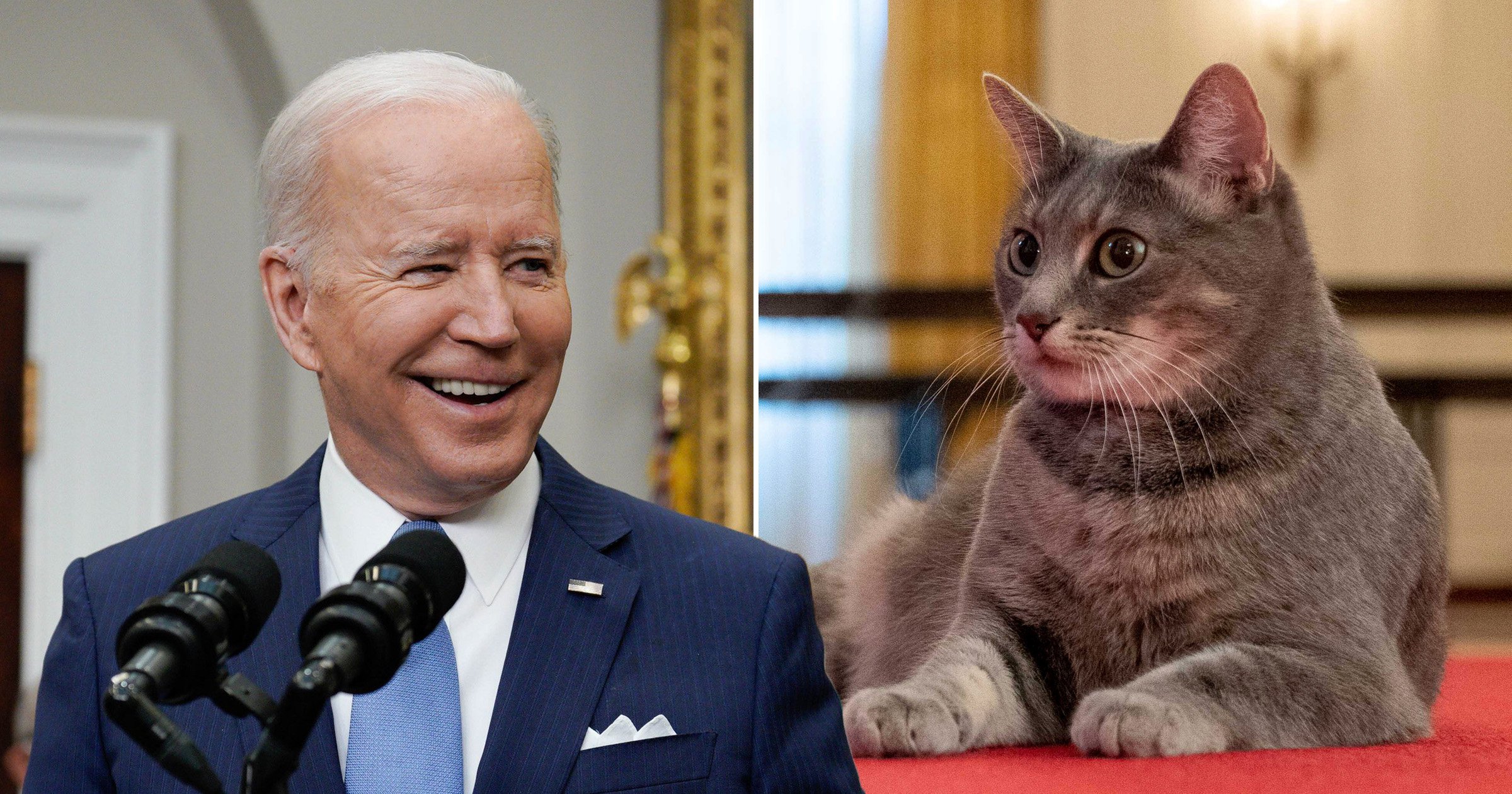 The newest member of the Biden household at the White House interrupted then- future First Lady Jill Biden’s campaign speech by jumping on stage. Somehow, Jill found that endearing, and Willow, a green-eyed gray-and-white farm cat, has officially moved in with the first family.

It was long in the making, as Jill had been hinting since Joe was elected president in November 2020 that they wanted a feline in the house. Willow, a short-haired tabby, ran on stage during Jill’s campaign stop in Pennsylvania in 2020.

‘Seeing their immediate bond, the owner of the farm knew that Willow belonged with Dr Biden,’ said the first lady’s spokesman Michael LaRosa, according to the Daily Mail.

‘Willow is settling into the White House with her favorite toys, treats, and plenty of room to smell and explore.’

The While House in December had said a cat would move in this month.

In September, Jill had said that the cat was ‘still being fostered’ with someone who ‘loves’ it.

‘I don’t even know whether I can get the cat back at this point,’ Jill told The New York Times.

Jill’s first solid confirmation that a cat was coming to the White House was in April, when NBC’s TODAY show co-anchor Craig Melvin inquired.

‘There are these rumors that the first family was considering a cat. Is that true?’ Melvin asked at the time.

The Bidens had two other German shepherds at the White House. Champ, 13, died in June. Major, 3, moved in back in January 2021, but had a couple of biting incidents and was sent back to the Bidens’ home in Delaware for training. The Bidens last month decided to follow experts’ recommendation to keep Major in a quieter living environment with family friends, according to LaRosa.

Here’s how Ottawa’s $1.6B boost for Alberta oil compares to past aid packages, bailouts