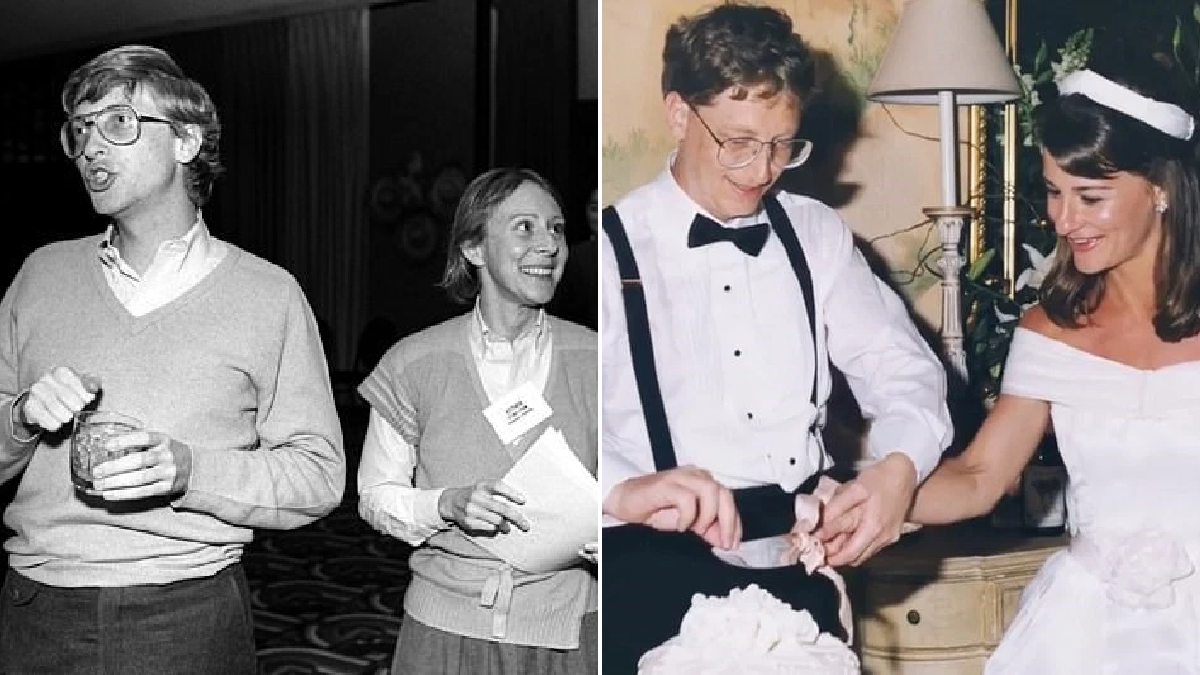 Bill Gates had moments of ‘infidelity’ when he first started dating his estranged wife Melinda, his longtime friend is claiming in the wake of the billionaire couples’ announced divorce.

The Microsoft co-founder was not faithful to Melinda and ‘liked to party’ in the early days of their relationship that began in 1988, Bill’s friend and former Microsoft executive Vern Raburn told DailyMail.com in a report published on Monday.

Raburn, 70, alleged that Bill, 65, was a womanizer and that led to ‘infidelity’ when he was getting to know Melinda, 56.

Raburn, who went on to found Eclipse Aviation, said that Bill was faithful to Melinda after they wed in 1994, ‘to the best of my knowledge’.

‘Certainly prior to their marriage, yeah. Bill liked to party,’ Raburn said. ‘But I never saw any of that after the marriage.’

The aerospace entrepreneur added that Bill was ‘very proud of the fact he hadn’t done any of that’ after getting married.

Bill and Melinda announced in a joint statement shared on Twitter last Monday that they were ending their marriage after 27 years. They stated that they would continue working together on the Bill & Melinda Gates Foundation, ‘but we no longer believe we can grow together as a couple’.

Raburn said the couple could have grown apart in recent years and that they ‘didn’t always share the same interests’ in their foundation. He also corroborated claims in a 1997 book by Bill’s biographer James Wallace to the DailyMail.com.

Wallace’s second book on Bill, Overdrive: Bill Gates and the Race to Control Cyberspace, alleged that the software guru held naked parties in his Laurelhurst, Washington, home and that his ‘womanizing’ hurt his relationship with Melinda before they tied the knot.

‘A lot of those Microsoft kids back then, they were young guys in pizza-stained T-shirts for two or three days working on software code,’ Wallace claimed. ‘Then they would have some pretty wild parties, where they would go out and get strippers in Seattle and bring them over to Bill’s home.’

Raburn and Wallace’s claims come as The Wall Street Journal reported that Melinda first met with divorce lawyers in October 2019. That was around the time that The New York Times revealed Bill had late-night meetings with Jeffrey Epstein, who killed himself in prison last year waiting for his trial on sex trafficking charges.