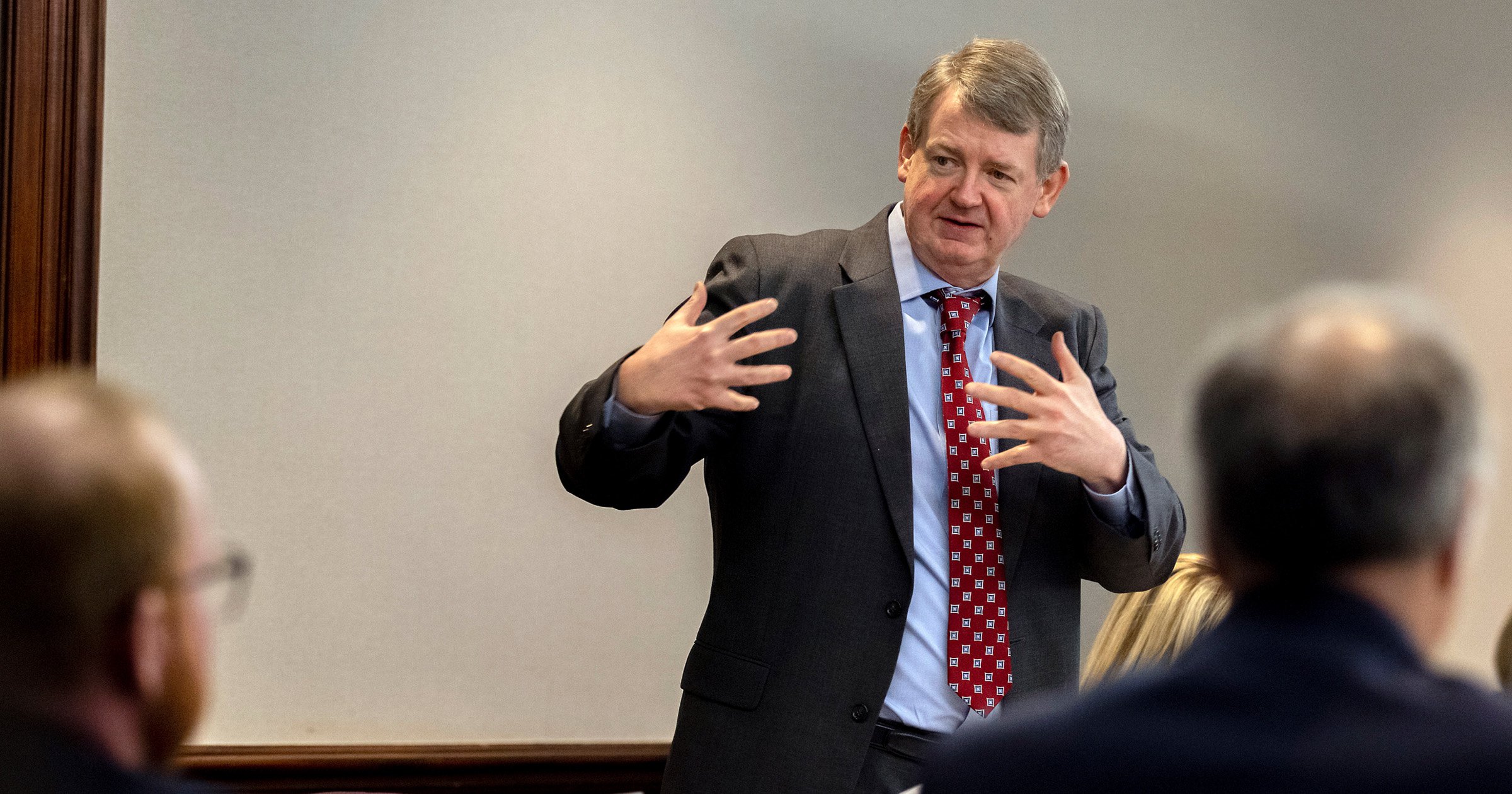 Tensions ran high in a Georgia courtroom when a defense attorney for one of the three white men charged in black man Ahmaud Arbery’s killing said the presence of ‘high-profile members of the African American community’ could intimidate the jury.

‘There’s only so many pastors they can have. If their pastor is Al Sharpton right now, then that’s fine, but then that’s it,’ Gough told Judge Timothy Walmsley.

‘We don’t want any more black pastors coming in here or others, Jesse Jackson, whoever was in here earlier, sitting with the victim’s family trying to influence the jury in this case.’

Sharpton and Ben Crump, a civil rights attorney representing Arbery’s father, listened in on testimony on Wednesday. Earlier that day, they held a press conference and prayer vigil outside the courthouse, where Sharpton called Arbery’s murder ‘a lynching in the 21st century’, USA Today reported.

Sharpton, who said he was invited by Arbery’s parents, also voiced concern over the makeup of the jury failing to reflect the black population of Glynn County, where the trial is taking place.

While more than a quarter of Glynn County residents are black, just one of 12 jurors is black.

The defense attorney said he was concerned about ‘political interests’ entering the courtroom.

‘If we’re going to start a precedent, starting yesterday, where we’re going to bring high-profile members of the African American community into the courtroom to sit with the family during the trial in the presence of the jury, I believe that’s intimidating and it’s an attempt to pressure… or influence the jury,’ Gough said.

Prosecutor Linda Dunikoski said she was unaware of Sharpton’s presence and did not take issue with it.

Gough stopped short of putting a motion forward asking the judge to ban anyone from being present in the courtroom, but asked the court to ‘take appropriate steps’.

Walmsley shot Gough down, telling him, ‘I’m not going to blanketly exclude members of the public from this courtroom’.

‘I’m not going to do anything about it. Nobody was even aware he was in here. I’m not even sure the jury would have seen him sitting there,’ the judge said.

Bryan, who is being represented by Gough, is accused of joining father and son Gregory and Travis McMichael as they chased Arbery, 25, through their Satilla Shores neighborhood in February 2020.

Bryan had filmed Travis shooting Arbery three times within close range in the middle of the street.

No one was charged in Arbery’s death until more than two months afterward, when the video of the shooting was leaked online. The Georgia Bureau of Investigation took over the case and arrested all three men on murder charges.

Defense attorneys for all three men insist they committed no crimes.

Travis’ attorney Robert Rubin said the men were trying to detain Arbery under Georgia’s former citizen’s arrest law because they suspected him of stealing, and only resorted to violence when he fought them. He maintains Travis fired his gun in self-defense.

Investigators have said Arbery was unarmed and there’s no evidence he had stolen anything.

Suspect in Colombian Bombing Said to Belong to a Rebel Group

FBI at home of possible person of interest in Nashville bomb