US State Department official tells ABC News ‘there is overwhelming consensus that the leadership is involved’. 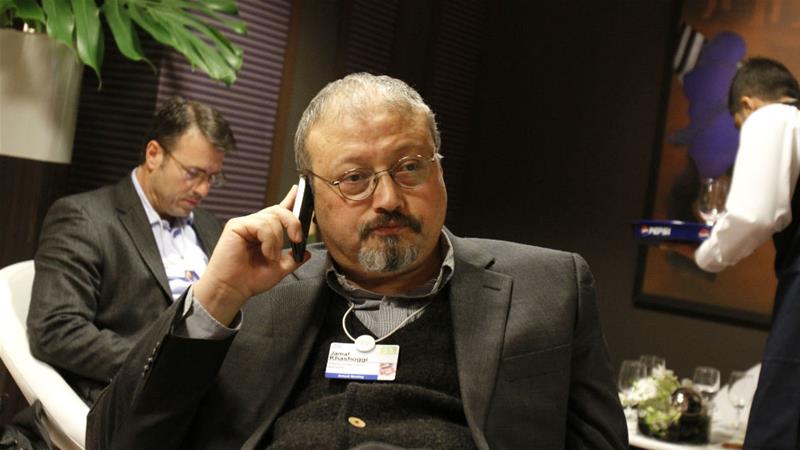 A US State Department official who has seen a version of the CIA’s assessment on the murder of Saudi journalist Jamal Khashoggi said it is “blindingly obvious” that Crown Prince Mohammed bin Salman ordered the killing.

“The idea that it goes all the way to the top is blindingly obvious. There’s overwhelming consensus that the leadership is involved – no one is debating it within the government,” the official told ABC News on condition of anonymity on Tuesday.

However, the official acknowledged that the words “probably” and “likely” are used when attributing the death to the crown prince, ABC News reported, adding that the source noted that CIA analysis reports rarely include explicit conclusions.

US President Donald Trump is facing increasing pressure to take tougher measures against Saudi Arabia before the expected release of an official report into the killing.

Trump told reporters on Saturday that a detailed report, including information about who was responsible for last month’s murder of the Washington Post columnist inside the Saudi consulate in Istanbul, would be released “probably on Monday or Tuesday”.

According to US media reports, the CIA has concluded that Prince Mohammed, also known as MBS, ordered Khashoggi’s killing.

Trump has called the reports “premature” saying he’s not convinced that Prince Mohammed, the kingdom’s de facto leader, was directly responsible for the October 2 slaying of the writer.

Saudi Arabia’s Foreign Minister Adel al-Jubeir has rejected the media reports, saying “such allegations about the crown prince have no basis in truth”.

But there are increasing calls, both from Democrats and Republicans in Congress, for more action amid a growing consensus that MBS must have known about the operation.

“Donald Trump just says, ‘Will anybody really know?’ as if our intelligence agencies are incapable of making an assessment,” Democratic Senator Ron Wyden said on Monday.

He urged CIA Director Gina Haspel and National Intelligence Director Dan Coats to “come out and provide the American people and the Congress with a public assessment of who ordered the killing of Jamal Khashoggi”.

Al Jazeera’s Mike Hana, reporting from Washington, said the fact that the CIA assessment was “reported in so many outlets at the same time indicates that this could have been some kind of a coordinated leak”.

“Some observers say that the CIA is bringing pressure to bear on the president to make the report public,” he said.

Zeta turns into hurricane and threatens to dump torrential rains