“We’re not done with you yet, Donald,” he tweeted Thursday along with a video that said “#GoJoe” at the end. 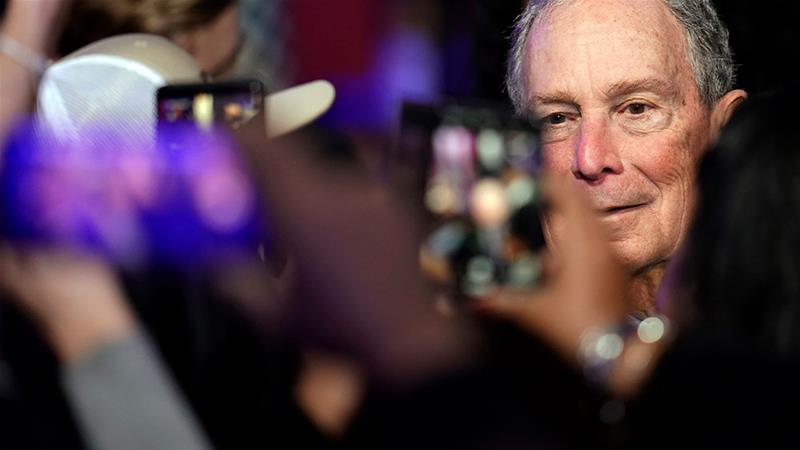 Michael Bloomberg is out of the United States Democratic presidential race, but he is not done trying to beat President Donald Trump. The billionaire businessman is funding an anti-Trump operation in six battleground states in an effort to removed the Republican president in November.

Bloomberg will dip into his vast fortune to pay for field offices in Arizona, Florida, Michigan, North Carolina, Pennsylvania and Wisconsin, campaign aides said on Thursday. It will be done through some type of independent expenditure committee that will not be able to coordinate with any campaign, though aides are still figuring out the legal details and what the name and budget of the organisation will be.

Bloomberg, a former New York City mayor, exited the race on Wednesday after a dismal performance in the 14 Super Tuesday states. He immediately endorsed Joe Biden.

“We’re not done with you yet, Donald,” he tweeted Thursday along with an anti-Trump video that said “#GoJoe” at the end.

It is unclear when Bloomberg’s new operation will launch and how it will shift if Biden is not the party’s nominee. Aides to Vermont Senator Bernie Sanders, who is battling Biden for the nomination, have said they do not want Bloomberg’s money, and Bloomberg has said he may not spend to help him.

Bloomberg is worth an estimated $61bn and has already spent more than $500m on his own campaign. The 78-year-old head of Bloomberg LP, the financial data and media company, has been one of the biggest donors to Democratic campaigns as well as causes such as gun control and climate change in recent years.

His pro-nominee operation will focus on boosting Democrats across the board and a digital firm he founded last year that offers a data-driven approach to advertisement creation and placement, called Hawkfish, will continue to operate.

Arizona, Florida, Michigan, North Carolina, Pennsylvania and Wisconsin are the six states that Bloomberg and his team believe will be pivotal in determining who wins the White House in November. Trump won all six in the 2016 election.

Although only one of those states, North Carolina, voted on Super Tuesday, Bloomberg’s campaign had already built an extensive organisation in the other five in anticipation of remaining in the race longer.