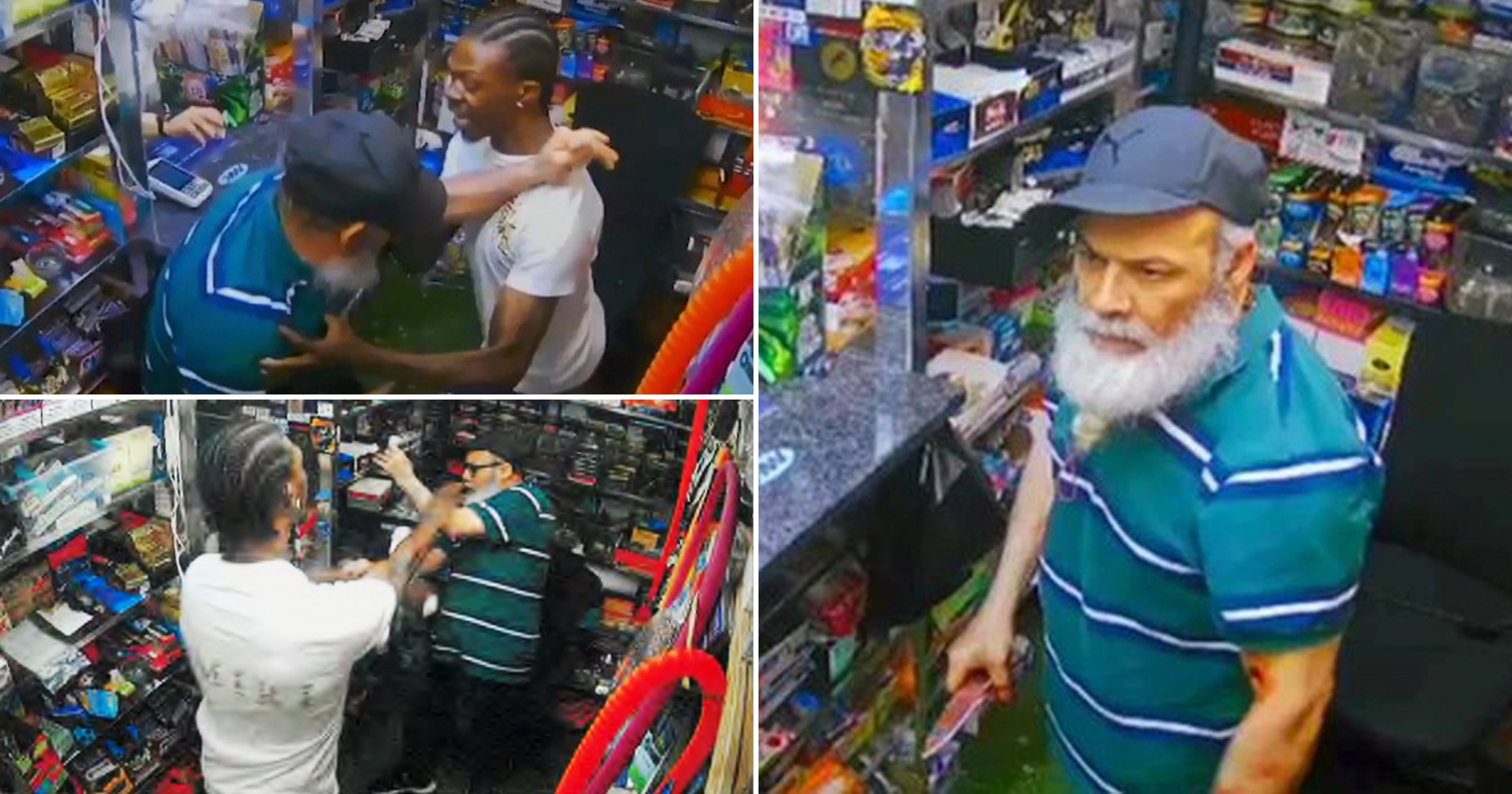 Murder charges have been dropped for a New York City bodega worker who stabbed and killed a man who attacked him over a bag of chips, seemingly in self-defense.

Alba, 61, stabbed 35-year-old Austin Simon six times during an altercation that erupted after Simon’s girlfriend had trouble paying for snacks for her daughter on July 1, according to a memo filed by the district attorney’s office.

After Simon’s girlfriend’s benefits card was declined, Alba snatched the snacks she was trying to purchase out of her daughter’s hands.

This move enraged Simon’s girlfriend, who threatened to have him ‘come down here right now and f*** you up!’

Surveillance video shows Simon grabbing and shoving Alba into a chair behind the store’s counter. He could be heard yelling, ‘Come on, come out!’

Simon then dragged Alba up from behind the counter, intending to make him apologize to his girlfriend’s daughter.

During the fight, Alba grabbed a knife off the counter and stabbed Simon six times, puncturing his lungs, heart and jugular vein.

Bragg’s office also considered Alba a flight risk and set bail at $250,000. The bond was later dropped to $50,000 after public outcry.

Alba spent five days in Rikers Island jail, where a stab wound he suffered during the fight from Simon’s girlfriend reportedly got infected.

Alba’s case got cause was taken up by Mayor Eric Adams, who spoke at his bodega in Harlem on July 7.

Simon’s family expressed disappointment with the decision to drop charges.

‘We are all clearly disappointed and can’t understand how it’s OK to take an unarmed man’s life,’ his cousin Candra Simon told The New York Times.

‘This decision sets a dangerous precedent.’

US midterm elections results as they come in

Canada's Trudeau says won't back down in dispute with China, urges restraint in Hong Kong