The Los Angeles Police Department released footage revealing the events that led to the fatal shooting of a 14-year-old girl by an officer who was firing at a assault suspect.

Police say Valentina Orellana-Peraltawas was in a dressing room at the Burlington Coat Factory with her mother when a bullet aimed at the suspect passed through the wall and fatally struck her in the chest.

After taking the escalator upstairs along with his bike, the suspect appears in a new outfit and later begins swinging his bike lock and chain at several female customers. 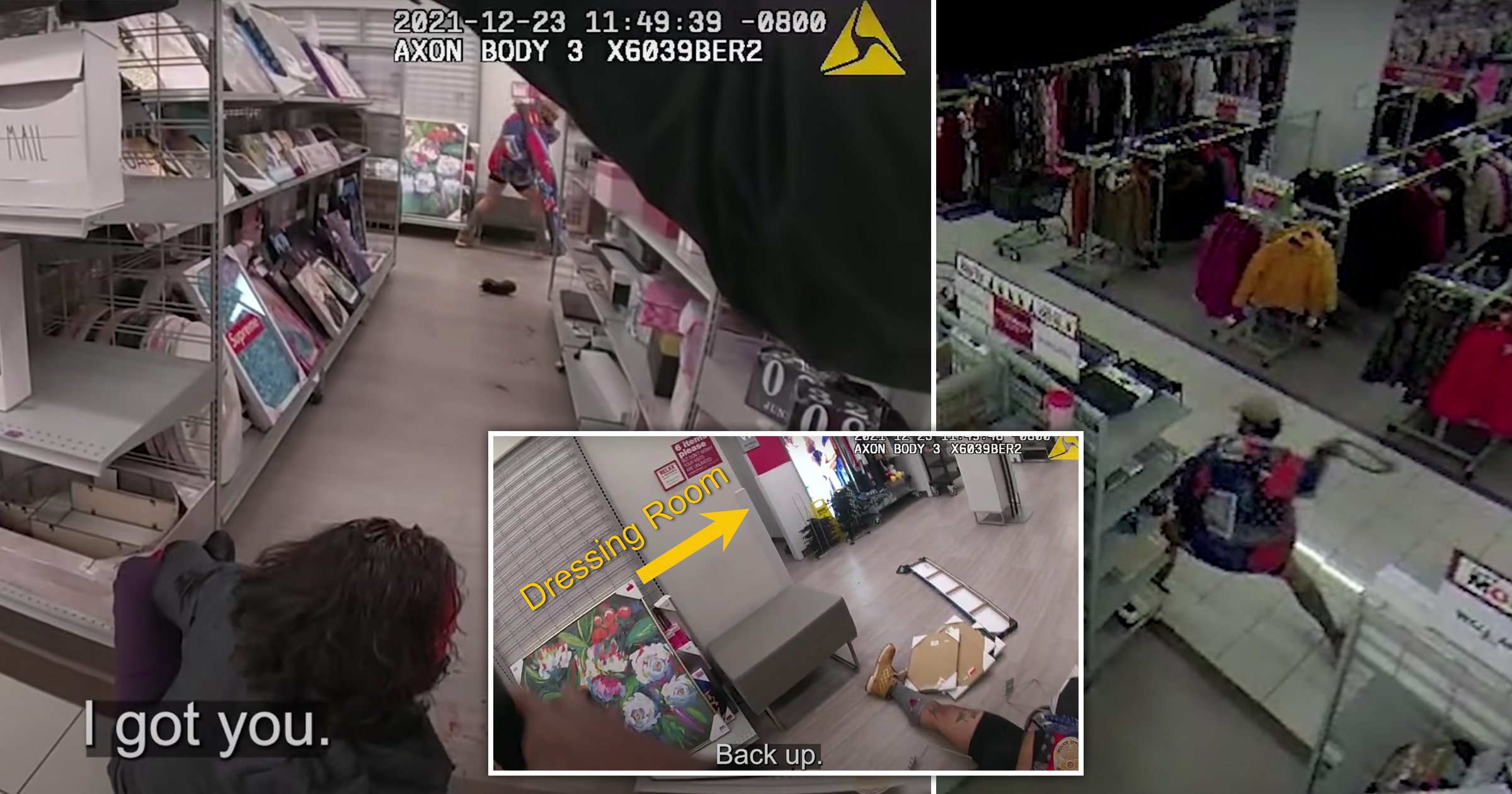 A police officer can be heard on the body camera footage firing three bullets aimed at the suspect, who eventually falls to the ground.

Additional body camera and surveillance footage released by police show a woman on the floor covered in blood as officers were looking for the suspect.

Three 911 calls and radio transmissions of the shooting were also released by police, who were called to the store following several repots of an assault with a deadly weapon and a possible shooting in progress at the store.

In Los Angeles, police can use deadly force against a fleeing suspect if they pose grave danger to others. In this instance, the suspect had attacked several women, drawing blood, and there were also 911 calls saying possible shots were fired.

The suspect died at the scene. No firearm was recovered.

The officer who fired the fatal shots is on ‘paid administrative leave, per department protocols for officer involved shootings, for at least two weeks,’ CNN reported.

The deceased 14-year-old’s parents are set to hold a news conference Tuesday demanding transparency from police, while their attorneys are expected to discuss developments in the case.

Airbnb could pull up to 1% off rental vacancies in Canada’s 3 biggest cities: study