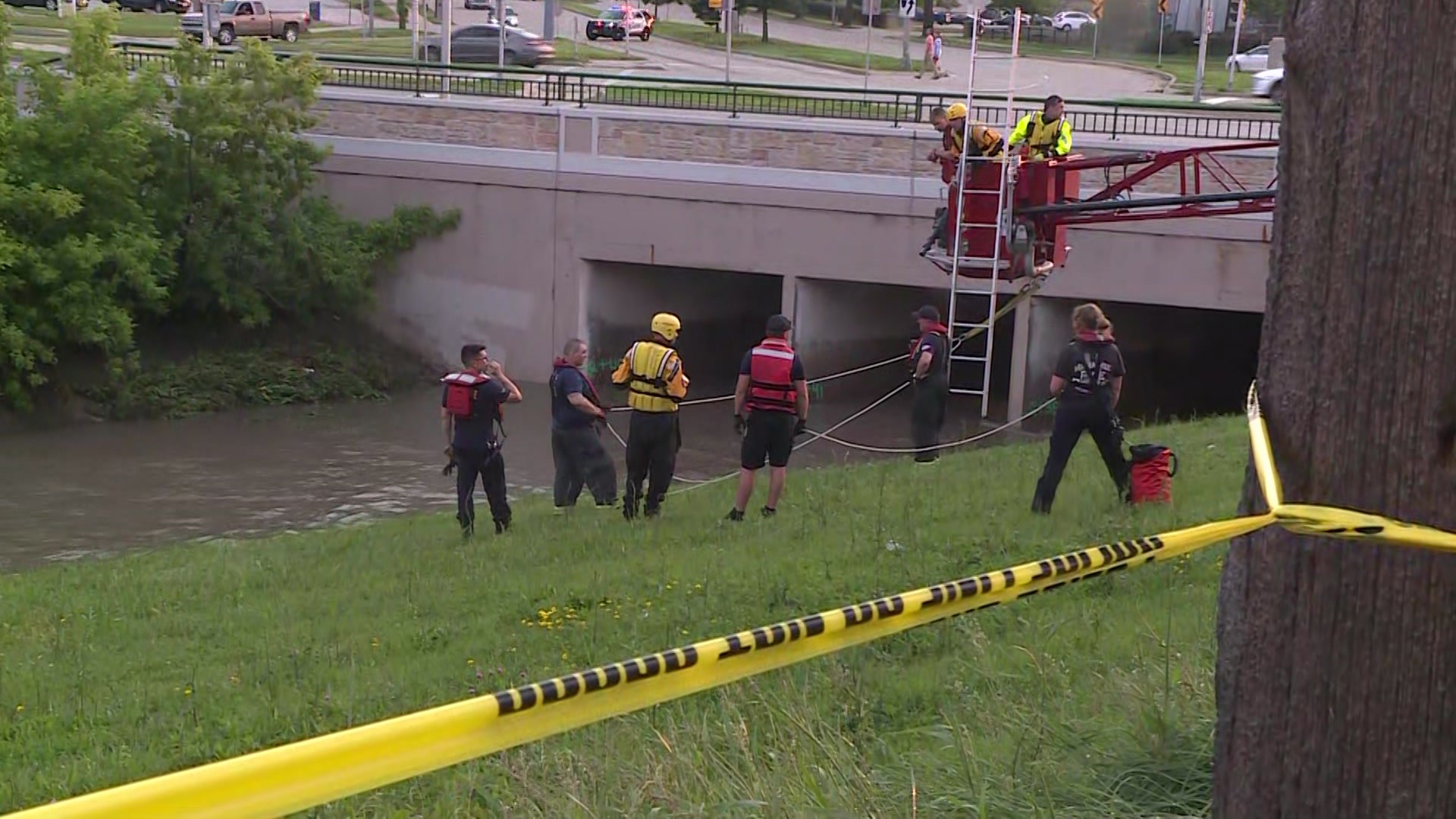 The body of a missing 10-year-old boy was found in a river Tuesday after he was swept into a storm drain during a severe storm, and authorities are still searching for two men who tried to rescue him.

The boy was found about a mile and a half from the spot he slipped into a ditch that led to the Kinnickinnic River in Wisconsin.

The boy fell into the ditch, which carries water through a tunnel into the river, around 6.30pm Monday, witnesses told police. Two men, ages 34 and 37 then jumped into the water to try and save the boy, but all three were swept away.

Officials said the boy would have turned 11 on July 4.

‘This is a horrible day,’ Milwaukee Fire Department Chief Aaron Lipski said. ‘But it’s not going to ever be as horrible as it is for the family that you see there. I ask that you respect their sorrow and their privacy.’

Severe storms brought thunderstorms, heavy rains and damaging winds to the Midwest and parts of the South on Monday, making the rescue mission more difficult.

During an update Tuesday, the fire chief said crews had paused their rescue mission due to the dangerous conditions. At one point during their search, authorities sent a drone into the 900 foot long tunnel to try and get a better view of the situation in the water.

Dive crews were later sent in, but had no luck in locating the missing men.

The search team moved operations to another set of tunnels that go for about 1,900 feet underground.

‘We’re going to be doing this for a while,’ Chief Lipski noted during a briefing.

The names of the missing men and boy have not been released by police, but according to some reports, they were all related.

Family of the boy told WDJT that he had been playing ball with his father when he somehow wound up in the water and his dad went in after him. Another adult family member jumped in as well.

How a Self-Taught Art Curator Became a Gay Rights Champion