Home » Americas » Boy, 4, asked mom 'what if I drown?' before swimming lesson where he died 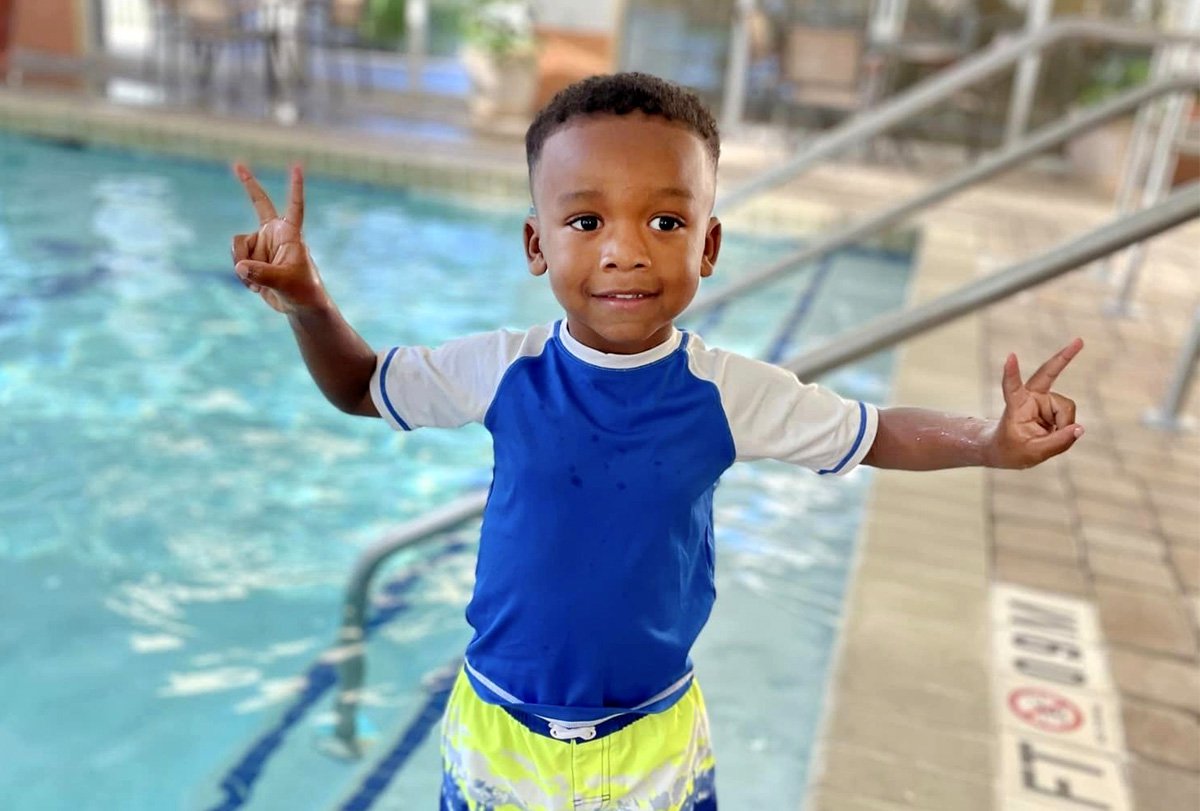 A four-year-old boy asked, ‘what if I drown?’ before his second swimming lesson which ended with his death, his devastated mother said.

Israel ‘Izzy’ Scott died in a beginner’s swim class in June, and those mourning his death seek to change laws that protect children against drownings under instructor supervision.

‘We are determined that our sweet IZZY’s death, will not be in vain,’ states a GoFundMe page for the Israel ‘Izzy’ Spencer Scott Foundation.

‘Izzy’s death has touched so many hearts, many people have reached out wanting to be a part of this process with us in honor of our Izzy.’

Dori Scott said she and her son were on vacation when she decided to book lessons for him.

‘I was telling him, “you’re going to be swimming”, and he was so excited because he always wanted to swim,’ Dori told The Mirror. ‘He always knew the danger of water but he loved it so much.’

As Dori was getting her son dressed before his second class, he said, ‘Why am I putting that on?’

Dori took Israel to a private home in Hephzibah, about 15 miles south of Augusta, Georgia, for the lesson and waited in her car for the session to finish.

The instructor ‘told me the parents weren’t allowed to stay because I guess the kids didn’t act right’ with them around, Dori said.

As Dori sat in the car, a parent knocked on her window and said, ‘Come get your baby’.

‘It wasn’t time – they still had about six minutes left. I looked at her again and saw tears in her eyes,’ Dori said.

‘That’s when I started screaming because I figured something was wrong. My whole life changed in a matter of moments.’

Dori ran through the gate of the property and saw her son laying at the side of the pool unconscious and foaming at the mouth.

‘I cried and screamed all the way up there and when I got there, my son was on the side of the pool while they were administering CPR. He was unresponsive,’ she said.

‘I could tell by looking at him that he had been under the water for some time because he was foaming at the mouth and had no heartbeat.

‘I asked the swimming instructor what happened and all she could tell me was she didn’t know. She said, “I don’t know. I told the kids to get out of the pool. I don’t know.”‘

Dori said she stood at the pool screaming, ‘Let me hold my baby!’ but she was not allowed because he was receiving CPR and chest compressions.

Israel was rushed to Burke Medical Center and then Children’s Hospital of Georgia.

‘They finally got a heartbeat but once they did a CT scan he was already brain dead. He’d been under (water) too long,’ Dori said.

The swim instructor, Lexie TenHuisen, whom Dori found on Facebook and has nearly 50 years of experience, said she made sure all the kids were out of the pool before she got out of the water.

Last month, the Burke County Sheriff’s Office said there was not sufficient evidence to prosecute the swim instructor.

The foundation had raised more than $17,500 as of Tuesday afternoon.

Can a pill ease the painful memory of an ex?