Home » Americas » Brand new McLaren worth more than £1,000,000 washed away by Hurricane Ian 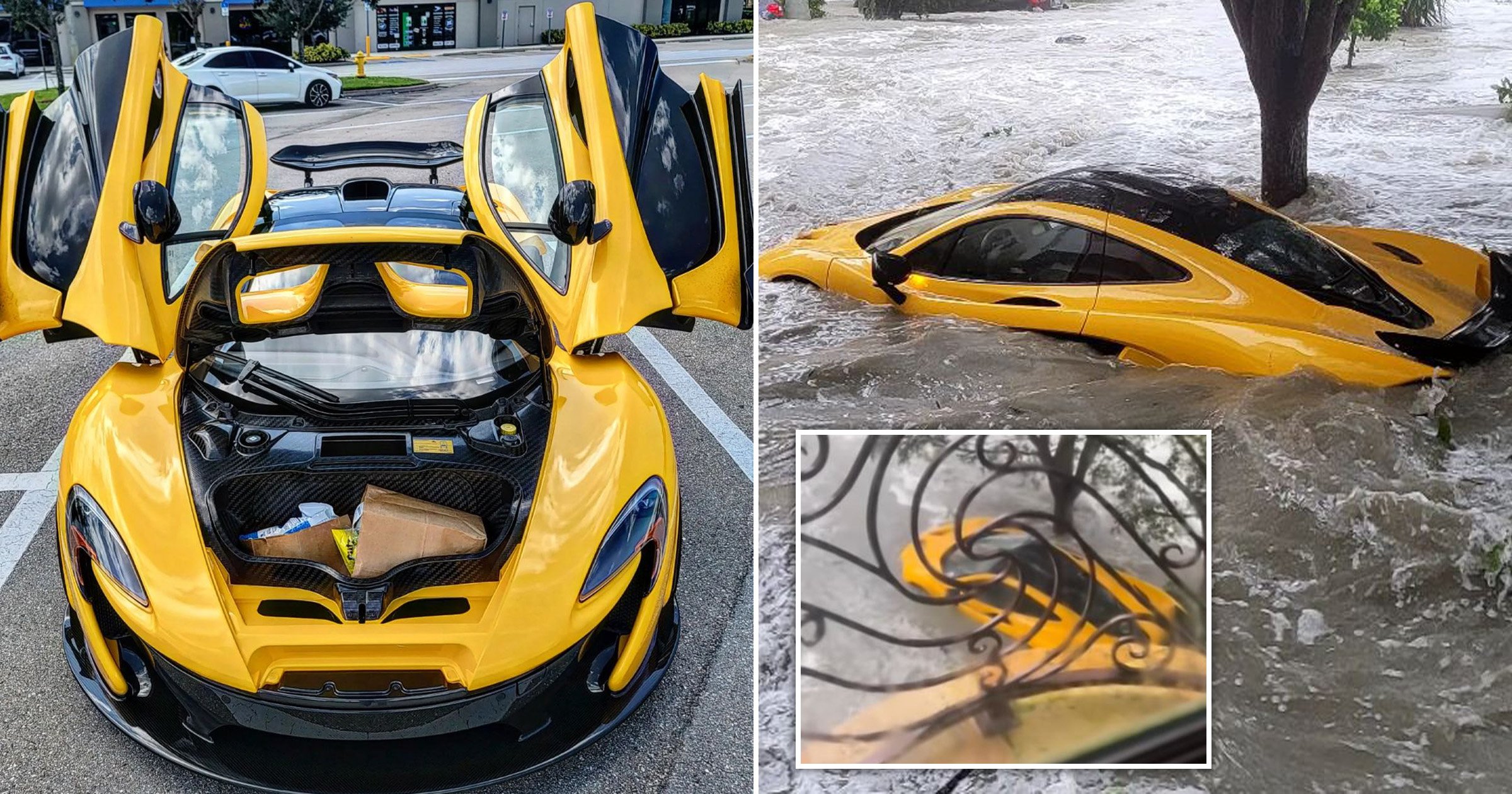 This is the moment a luxury sports car worth more than £1 million is washed away in Florida.

The yellow McLaren P1 fell victim to Hurricane Ian, which caused ‘historic’ damage to the US state.

A video shared on Twitter shows the shiny hybrid submerged in flood water after it was pushed out of the garage it was parked in.

In separate posts on Instagram, its owner Ernie showed the damage caused of the Category 4 hurricane.

‘Car went thru the garage,’ the caption of the first picture said.

The owner then shared a second image of the McLaren P1 stuck on top of a pile of debris outside a home.

Ernie, who appears to use his Instagram account to catalogue his large collection of cars, had posted just one week earlier about the purchase.

Hurricane Ian unleashed howling winds, torrential rains and a treacherous surge of ocean surf that made it one of the most powerful US storms in recent years.

Early images showed floodwaters sweeping away cars, nearly reaching rooftops in some communities and the ruins of homes.

Joe Biden has declared a major disaster after the storm plowed into the state on Wednesday.

The president said the hurricane could be one of the deadliest in history.

Up to 30 inches of rain is forecast to fall on parts of central Florida as it moves inland, threatening to cause extensive flash floods.

Nearly 2 million homes and businesses statewide have been left without power.

Governor Ron DeSantis called the damage ‘historic’, adding that so far there are two unconfirmed fatalities possibly related to the storm.

The storm’s peak wind speeds put it just shy of a Category 5 designation, which is the maximum classification.

Man seriously injured after being hit by bus in Scarborough