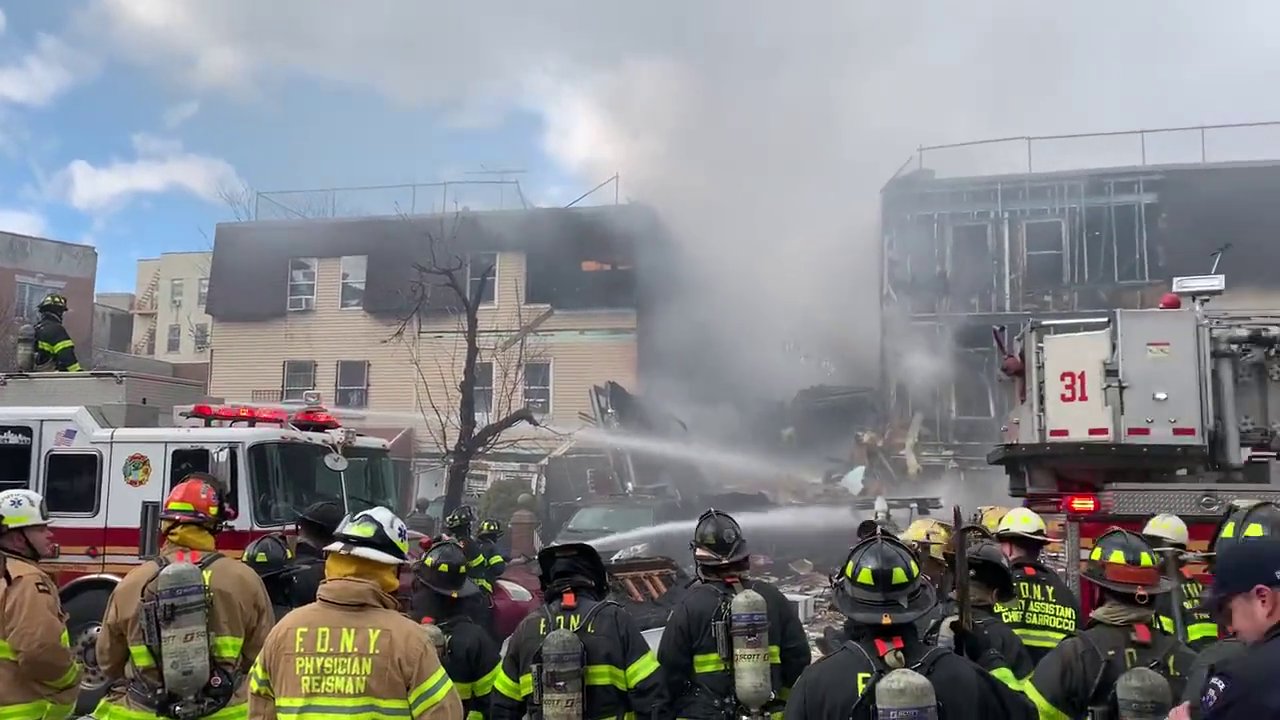 A gas explosion in the Bronx caused a three-story home to collapse in flames, killing at least one person and injuring seven more including three police officers.

Police responded to a call about a building fire shortly before 11am on Tuesday in the New York City borough.

The fiery collapse occurred just one week after an inferno killed 17 people three miles away in a Bronx apartment.