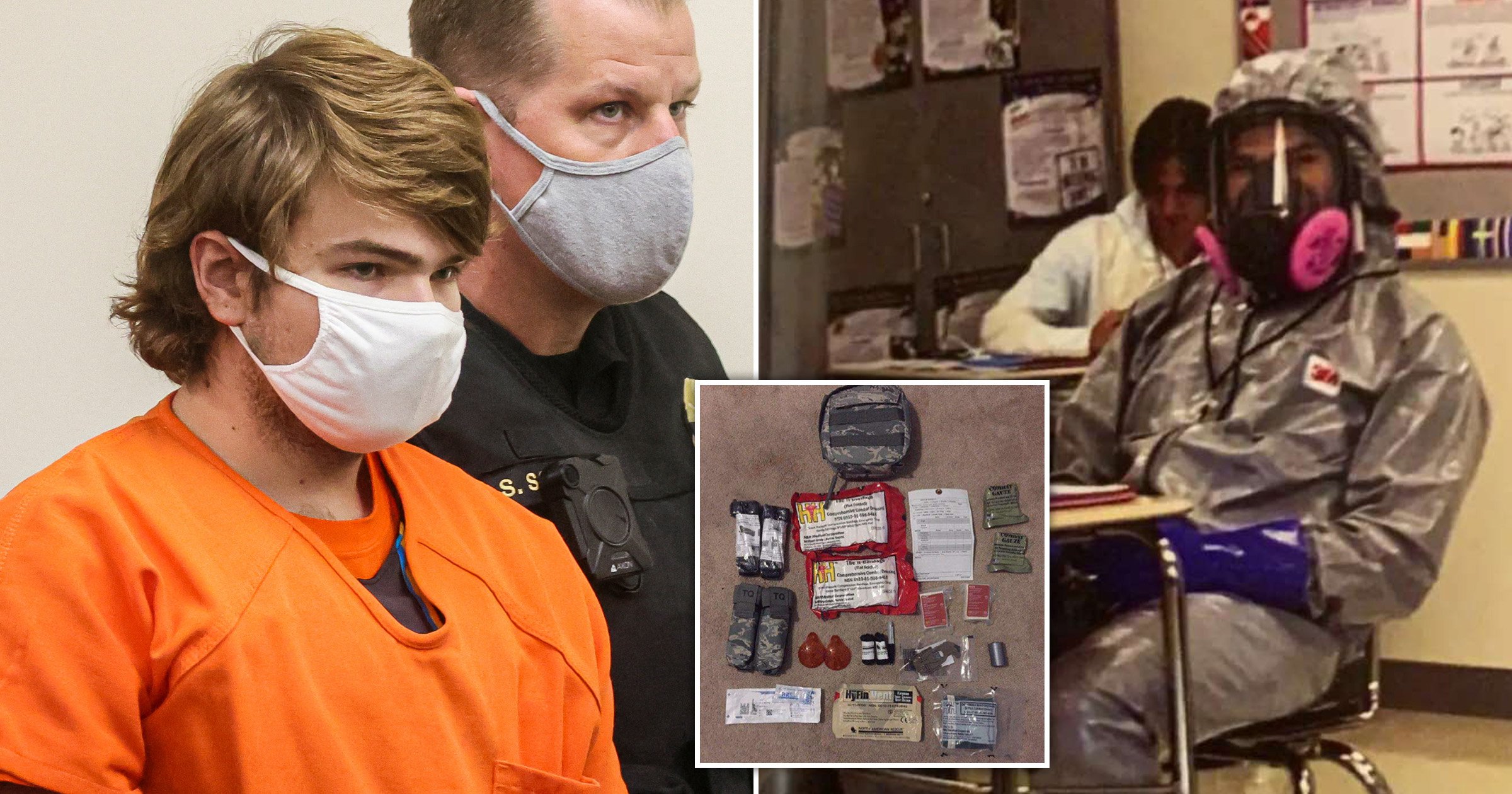 The teen accused of killing 10 people at a Buffalo supermarket once wore a hazmat suit to class when his high school returned to in-person learning after going remote during the Covid-19 pandemic.

When Payton Gendron, 18, returned to at Susquehanna Valley High School in Conklin, New York after learning from home during the height of the Covid-19 pandemic, some of his classmates noticed he developed some peculiar behaviors.

‘Everyone was just staring at him,’ he said.

Photos of Gendron wearing the suit in class show the suspected gunman covered from head to toe while sitting at a school desk, notebooks in front of him.

Other classmates described him to the newspaper as somewhat of an outcast, and some even knew of his interest in guns.

Kolton Gardner, another former classmate, told the paper having an interest in guns was common in their town, and ‘just kind of the thing in rural New York, people like guns.’

Gendron is accused of killing 10 black people and wounding three others in what officials believe was a racially motivated attack on a predominantly black community. The teen drove over 200 miles from his home in Conklin to Buffalo for the alleged attack, which officials say he planned months in advance.

‘A school official reported that this very troubled young man had made statements indicating that he wanted to do a shooting, either at a graduation ceremony, or sometime after,’ a government official told The Buffalo News.

Gendon was referred for a mental health evaluation and counseling following the threat.

He is expected to face additional murder and attempted murder counts and state hate crime charges. The FBI is also conducting its own investigation into the deadly attack, could lead to federal hate crime and terrorism charges.

Gendron was charged with first-degree murder on May 14 and pleaded not guilty. He is due back in court on June 9.

Miami Beach cancels its July 4 fireworks out of respect for the victims.