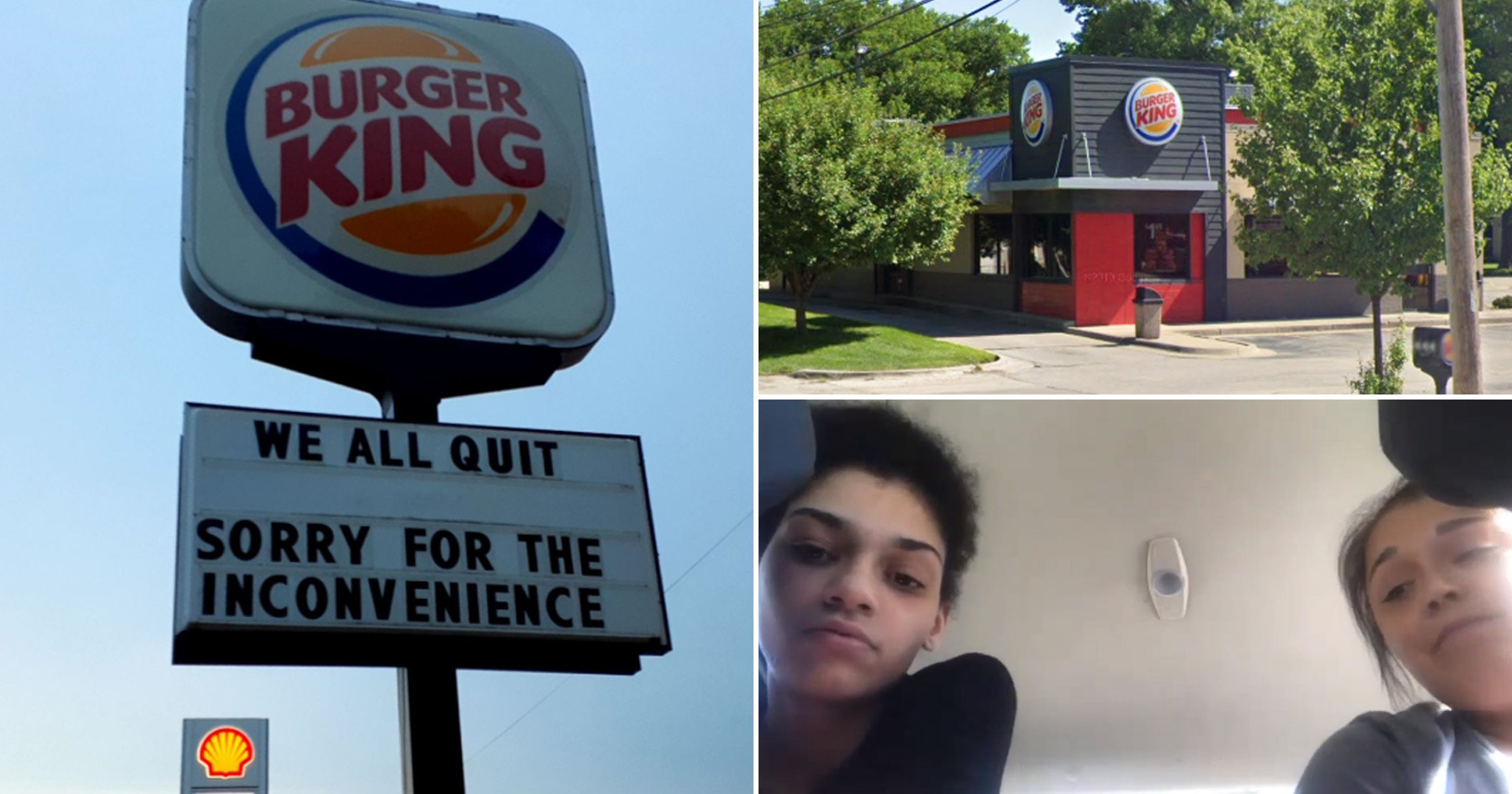 Nine members of staff at a Burger King in the US state of Nebraska announced their resignations by writing ‘we all quit’ on the store’s roadside advertisement sign.

The en-masse walk-out happened at the Lincoln franchise of the store, after the group of angry employees claimed it had been understaffed for months and that they had to work in bad conditions.

They said they were made to carry out their duties in a kitchen with no air conditioning, even as temperatures reached above 90-degrees, while one member of staff claimed to suffer from dehydration while on shift.

Speaking about the stunt, ex-general manager Rachael Flores said eight of her colleagues decided to join after she put in her two-weeks notice earlier this month, reports KLKN.

She said: ‘They wanted to put up a sign to say, you know “Sorry, there’s really not going to be anyone here”, Just kind of a laugh at upper management.’

The group said they joked on July 9 that they should put up a sign outside the store telling customers the store wasn’t open because they all quit.

The very next morning the employees followed through with their plans, she said.

‘I didn’t think anyone was going to notice it, because we just did one sign,’ she said, adding that it then it went viral on Facebook.

‘I got a call from my upper management, and they told me I needed to take it down’, Flores added.

In response, though, Flores said she told the upper management that she could not take down the sign as she was already short-staffed, at which point they told her to leave – one day before her official last day.

Flores says it was the working conditions that drove her and the other eight staff members away.

She claims at one point she was hospitalized with dehydration as a result of the poor working conditions.

Flores also said that since she started working at the fast food restaurant in August 2020, ‘they have gone through so many district managers,’ and ‘no one has come to the store to help me out’ with staffing issues.

She went on to claim that at times she has been forced to run the store with just two people on shift and would often work up to 60 hours per week.

In a statement to DailyMail.com, a Burger King spokesperson said: ‘The work experience described at this location is not in line with our brand values.

‘Our franchisee is looking into this situation to ensure this doesn’t happen in the future.’

The store in Lincoln is still open for business despite the mass redundancies, according to KLKN, but continues to be operated by reduced staff numbers.

Why US bird attacks on humans are on rise