All 34 passengers aboard a dive boat that caught fire off the California coast are now presumed dead, officials have said.

Rescue workers have so far located 25 bodies – having retrieved 20 of them – but a search for survivors has been called off.

According to authorities, the bodies of the 11 female and 9 male passengers that have been recovered from the charred 75-foot (23 m) Conception ship were so badly burned that they will need to be identified with DNA samples.

The victims, which includes one crew member, were believed to have been sleeping in accommodation below the ship deck when the fast-moving fire broke out before dawn on Monday.

They are all aged between 17 and 60 years old, with most being from the Santa Cruz and San Jose areas.

Pacific Collegiate School in Santa Cruz confirmed on Tuesday that several of its students and parents had been aboard the boat, but did not say how many.

In a statement to its website, the school said it was “saddened”, and called for privacy in the wake of the incident.

It added: “While this was not a school sponsored trip, our hearts and thoughts are with the families of the victims and those yet missing, particularly those of our students and parents on board.” 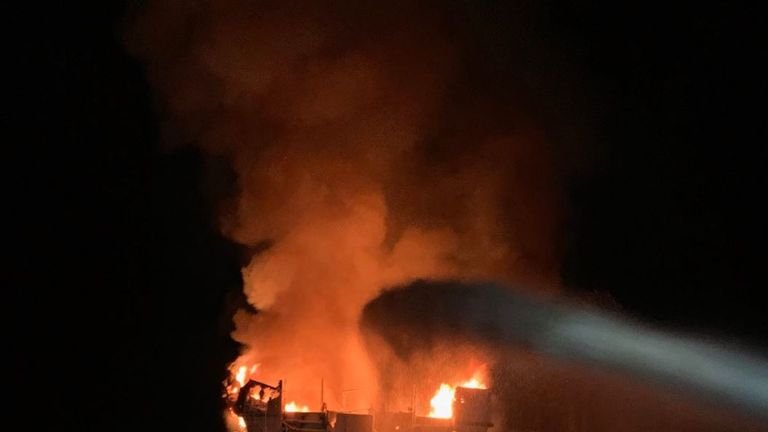 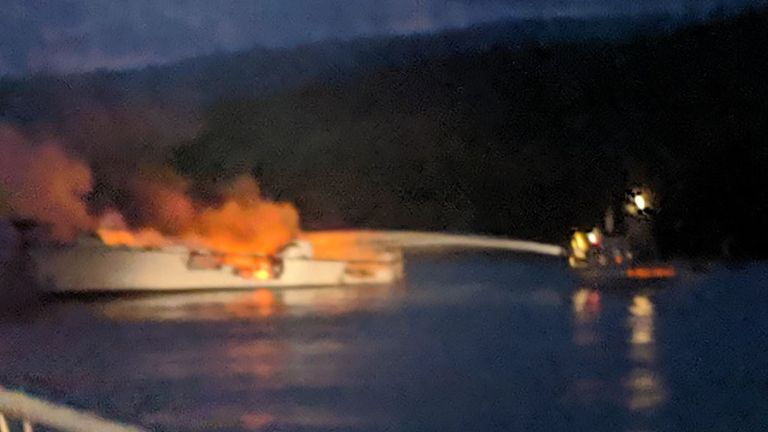 Dive company owner and marine biologist Kristy Finstad, 41, was aboard the boat at the time of the incident and is currently missing.

Her brother Brett Harmeling wrote on Facebook that his sister had been leading the dive trip, and that there had been “no final word”.

He added: “It is likely she has transitioned to be with the good Lord.”

Speaking to reporters on Tuesday, Santa Barbara County Sheriff Bill Brown said divers had spotted “between four and six” victims in the wreckage, but could not reach them before nightfall.

He added: “Today efforts will be made to stabilise the boat so that divers can safely enter it, search it and recover additional victims.” 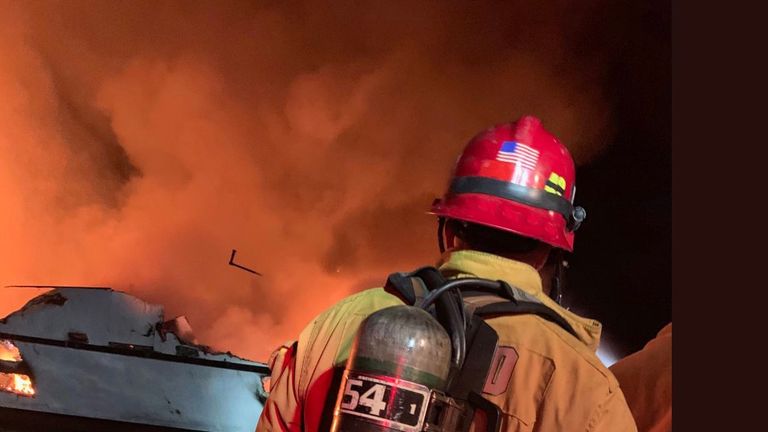 An investigation is still underway into both the fire’s cause and the critical moments as the deadly blaze took hold on the scuba diving trip’s vessel.

According to Mr Brown, several mayday radio calls were made early on Monday, of which one may have been from the burning Conception ship.

In one of the radio exchanges, a man his heard gasping for air through the smoke as he places a mayday call.

Four crew members and the captain, who had been awake on the upper deck at the time of the blaze, were able to escape by jumping into an inflatable boat they steered to a nearby pleasure fishing boat, The Grape Escape.

A witness on another boat initially reported hearing an explosion, but investigators say this may have been caused by scuba or propane tanks exploding after the fire began.

Black family banned from burying dad at 'whites only' cemetery

‘You Only Get to Fall Once’: A Look at the Dizzying Trade of Window Washing