Home » Americas » Camper, 65, pulled from tent and mauled to death by grizzly bear 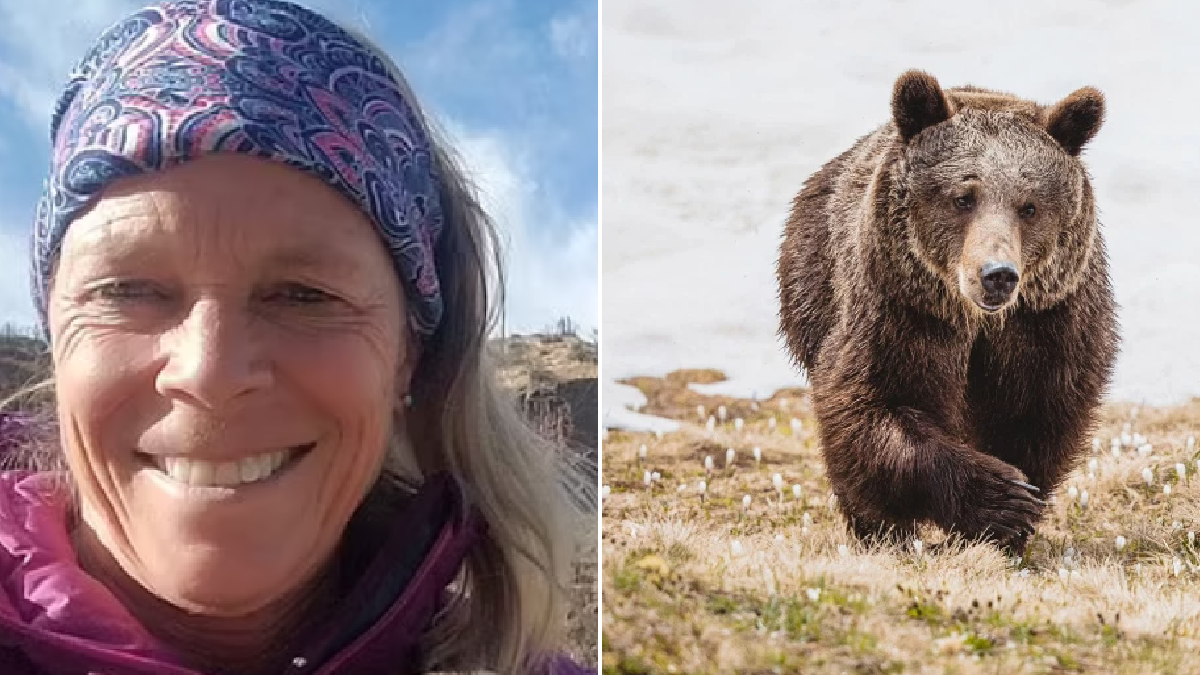 A woman was mauled to death by a grizzly bear that pulled her out of her tent as she slept at a campsite in the US state of Montana.

Leah Lokan, 65, of Chico, California, was on a long-distance cycling trip and had stopped in the town of Ovando, in Montana, where she was killed by the bear in the early hours of Tuesday.

According to Montana Fish, Wildlife and Parks (MFWP) officials, Lokan was attacked on the bear’s second visit to the campsite where she staying with two other cyclists.

The approximately 400-pound grizzly first arrived at about 3am before disappearing back into nearby woodland.

Surveillance video from a business in the nearest town showed the bear about a block from the campsite about 15 minutes later.

About 4:15am the sheriff’s office then received a 911 call after two people in a tent near Lokan’s were woken up by sounds of the attack, said Powell County sheriff Gavin Roselles.

The fellow campers discharged bear spray at the animal to scare it off – but not before it left Lokan with fatal injuries.

First responders and a helicopter ambulance arrived at the scene and attempted to save Lokan’s life, but their attempts were unsuccessful.

Officials conducted a search for the grizzly on Wednesday but were unable to track it down.

‘At this point, our best chance for catching this bear will be culvert traps set in the area near the chicken coop where the bear killed and ate several chickens’, said Randy Arnold, the MFWP regional supervisor in Missoula.

According to the Great Falls Tribune, a specialized search and rescue team from ‘Two Bear Air’ is assisting with the search.

The bear will be killed if it is found, according to MFWP spokesman Greg Lemon.

Investigators managed to obtain DNA from the bear at the scene of the attack and will be able to compare it with any bears they are able to trap, the agency said.

Lokan, a registered nurse who had worked at a hospital in Chico, had looked forward to the Montana bike trip for months, according to her friend, Mary Flowers.

‘She loved these kind of adventures. A woman in her 60s, and she’s dong this kind of stuff – she had a passion for life that was out of the ordinary’, Flowers explained.

Lokan rode for the Chico Cycling Team, Women on Wheels and spent time volunteering with Chico Velo, according to the Chico Enterprise-Record.

‘It’s unbelievable,’ Chico Cycling Club president Mike Castaldo said. ‘You always hear about stuff like that but it’s never that close to home.’

Castaldo described Lokan as a ‘free spirit’ who ‘always had a smile on her face’.

‘She was a good woman. She’s going to be missed’, Castaldo added.

Kansas City Star Apologizes for Racism in Decades of Reporting