Chantel Moore, 26, was shot dead on Thursday by a police officer in Edmundston, New Brunswick. 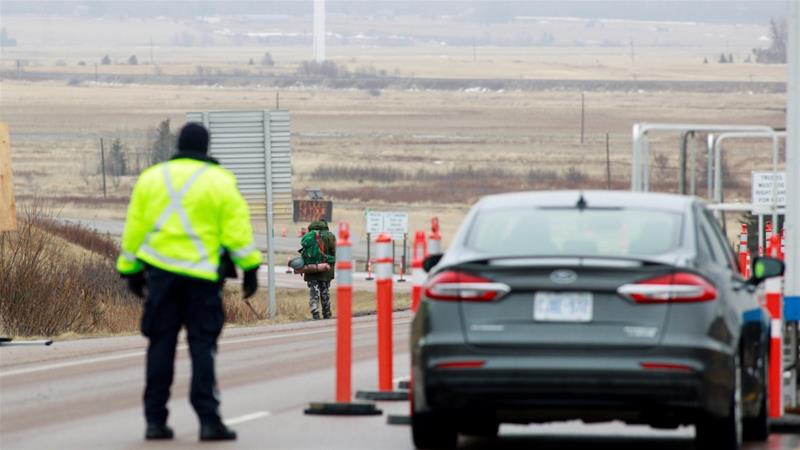 Canadian aboriginal groups on Saturday called for an independent probe into the death of an Indigenous woman who was shot by a police officer called in for a wellness check.

The Congress of Aboriginal People (CPA), one of five national groups representing Indigenous Canadians, called for “a public investigation into the death of Chantel Moore and the ongoing systemic bias and racism that policing services and the justice system displays towards Indigenous peoples”.

Moore, 26, was shot dead on Thursday by a police officer in Edmundston, in the eastern province of New Brunswick. A relative had called police to check Moore’s health.

Edmundston police said the woman had threatened the officer with a knife. According to the family, the officer fired five times to subdue her.

Moore’s “tragic killing … during a wellness check has vividly shown all Canadians that Indigenous peoples in Canada continue to face a very different set of circumstances when interacting with the policing and justice systems in Canada”, said CPA National Chief Robert Bertrand.

While officials have opened a probe into Moore’s death, the national chief of the Assembly of First Nations (AFN), Perry Bellegarde, said the shooting must be investigated by an impartial third party to determine why lethal force was used and whether race was a factor in the officer’s response.

“How does a call for help turn into a call for the coroner? This should never happen,” Bellegarde said.

“We need to find out whether race played any role in the police response and whether a less extreme use of force should have been used. This young First Nations mother and daughter did not need to die.”

Separately, in the western state of Alberta, Athabasca Chipewyan First Nation Chief Allan Adam accused Canadian Royal Mounted Police of beating him in March during a routine check of his automobile registration.

The RCMP said he was resisting arrest.

Prime Minister Justin Trudeau spoke on Friday about discrimination in Canada before participating in a demonstration in Ottawa against racism and police violence following the death of George Floyd, an unarmed Black man killed by police in the United States.

“Over the past weeks, we’ve seen a large number of Canadians suddenly awaken to the fact that the discrimination that is a lived reality for far too many of our fellow citizens is something that needs to end,” he said.

Coronavirus: Long lines and frustration as people in Wisconsin brave voting amid pandemic