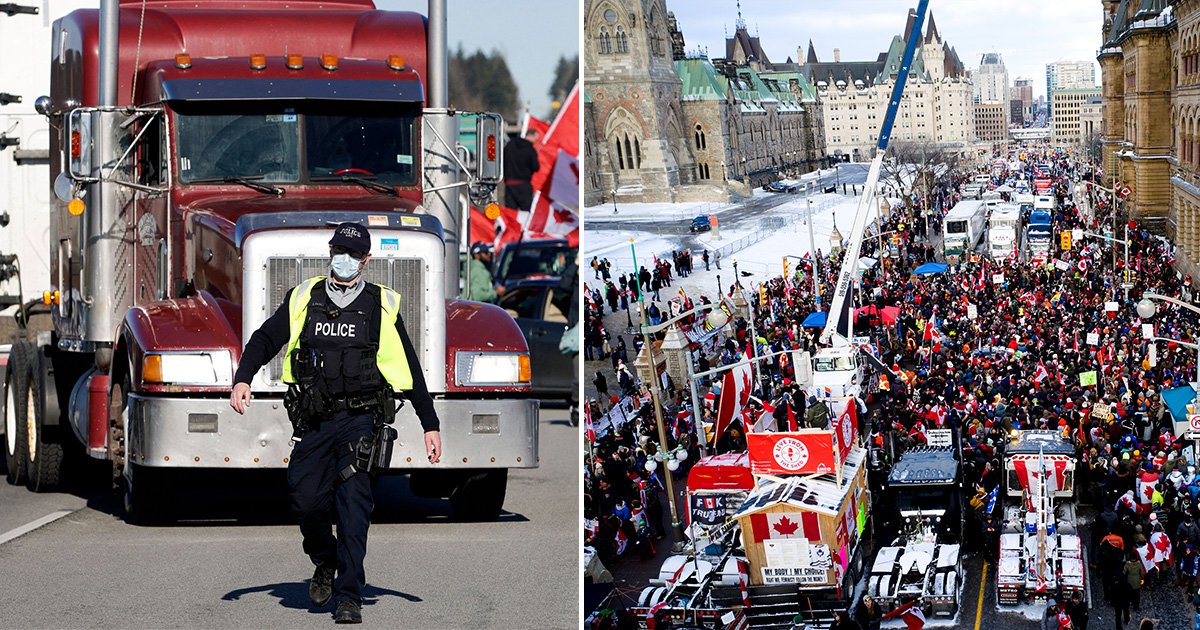 Police in the Canadian province of Alberta arrested 11 people with a ‘cache of firearms’ at the US-Canada border on Monday.

The Royal Canadian Mounted Police said the group was found with 13 long guns, handguns and a large quantity of ammunition.

Those arrested reportedly had ‘a willingness to use force against police if any attempts were made to disrupt the blockade,’ the police said in a statement.

The arrests come as a vital US-Canada border crossing reopened Sunday night, ending a six-day-long blockade by truckers that disrupted traffic and cost millions of dollars.

The ‘Freedom Convoy’ demonstrations have disrupted downtown Ottawa for the past three weeks, with thousands gathering in protest against the mandatory vaccination of truck drivers crossing the US-Canada border.

While the protests began as a result of a vaccine mandate, they have turned into a rally call against pandemic restrictions in general and the leadership of Prime Minister Justin Trudeau.

Protestors continued to gather over the weekend despite snow and freezing 10 degree Fahrenheit temperatures in an area of downtown Ottawa barricaded by tractor-trailers just outside the Parliament buildings.

Montreal Canadiens weigh in on season after missing playoffs