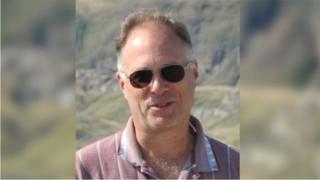 A Canadian mining worker kidnapped earlier this week in the West African nation of Burkina Faso has been killed, Canadian officials confirm.

Kirk Woodman was abducted by gunmen on Tuesday night from a mine near the country’s border with Niger.

Mr Woodman, a geologist, was the second Canadian to go missing in Burkina Faso in recent weeks.

Ms Freeland said that Canada is working with the Burkina Faso government and other international partners “to pursue those responsible and bring them to justice. The government’s priority is the safety and security of Canadians”.

So far, little is known about the circumstances around his kidnapping and death and no group has taken responsibility.

Islamist militants have established a presence in northern Burkina Faso in recent years, carrying out attacks in the region and far beyond.

The country recently declared a state of emergency in some of its northern provinces.

Burkina Faso’s Foreign Ministry released a statement on Thursday saying an investigation had been opened into Mr Woodman’s death and that all measures are being taken to find those responsible.

It said the body of the Canadian geologist was found on Wednesday near the country’s borders with Mali and Niger in Gorom Gorom.

Canadian officials have told media they are treating the disappearance of Canadian Edith Blais, 34, and Italian Luca Tacchetto, 30, as a kidnapping.

The two were last heard from on 15 December in the city of Bobo-Dioulasso in south-western Burkina Faso. Family members say the pair were supposed to travel to neighbouring Togo together for a humanitarian aid mission, but never arrived.

Sask. farmers rush to wrap up harvest before cold weather sets in