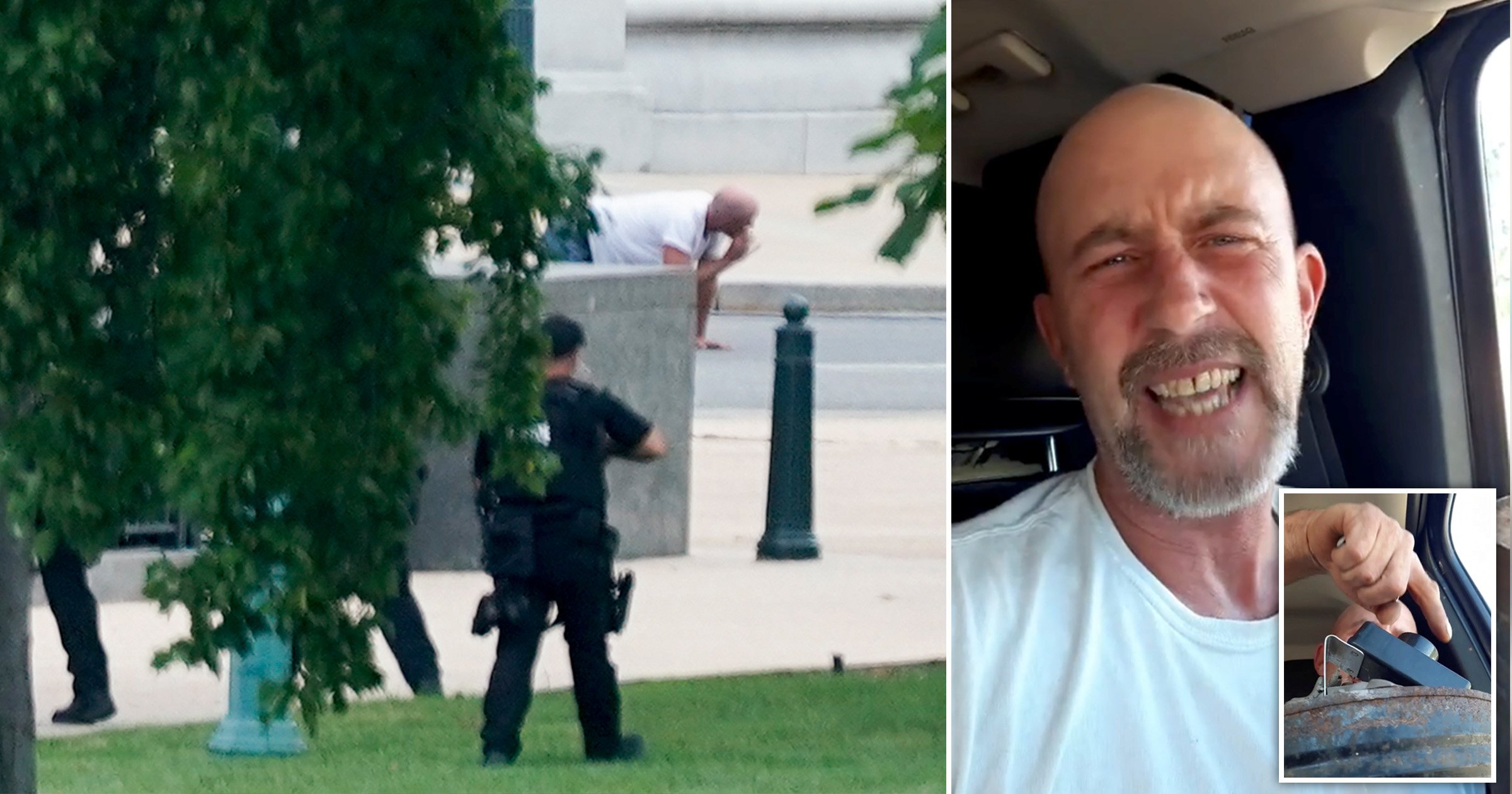 A man in a pickup truck outside the Library of Congress on Capitol Hill surrendered to police on Thursday afternoon after saying he had a bomb and asking to speak with President Joe Biden about Afghanistsan.

The suspect was identified as Floyd Ray Roseberry, 49, of North Carolina, CNBC reported.

‘He got out of the vehicle and surrendered and the tactical units that were close by took him into custody without incident,’ US Capitol Police Chief Tom Manger said. ‘He gave up and did not resist.’

Roseberry posted multiple videos online as he sat in his trucks for hours before surrendering to police.

In a Facebook livestream that has been taken down, Roseberry claimed he had a ‘tannerite bomb’, that he wanted to speak to Biden and said the ‘revolution is here’.

Authorities found a propane gas container in Roseberry’s truck but ‘at this point we think that’s safe’, Manger said.

Roseberry is a Republican whose previous social media posts show he is a supporter of former President Donald Trump, according to the Daily Mail.

Roseberry resided most recently in Grover, North Carolina. His mother ‘recently passed away’ among other loved ones, Manger said.

‘There were other issues that he was dealing with,’ Manger said.

Roseberry parked his truck on the sidewalk in front of the Library of Congress around 9.15am.

The Library of Congress and several buildings nearby were evacuated on Thursday morning upon reports of a ‘suspicious vehicle’.

Canadian PM Trudeau, in tight election fight, says only he can stand up to Trump