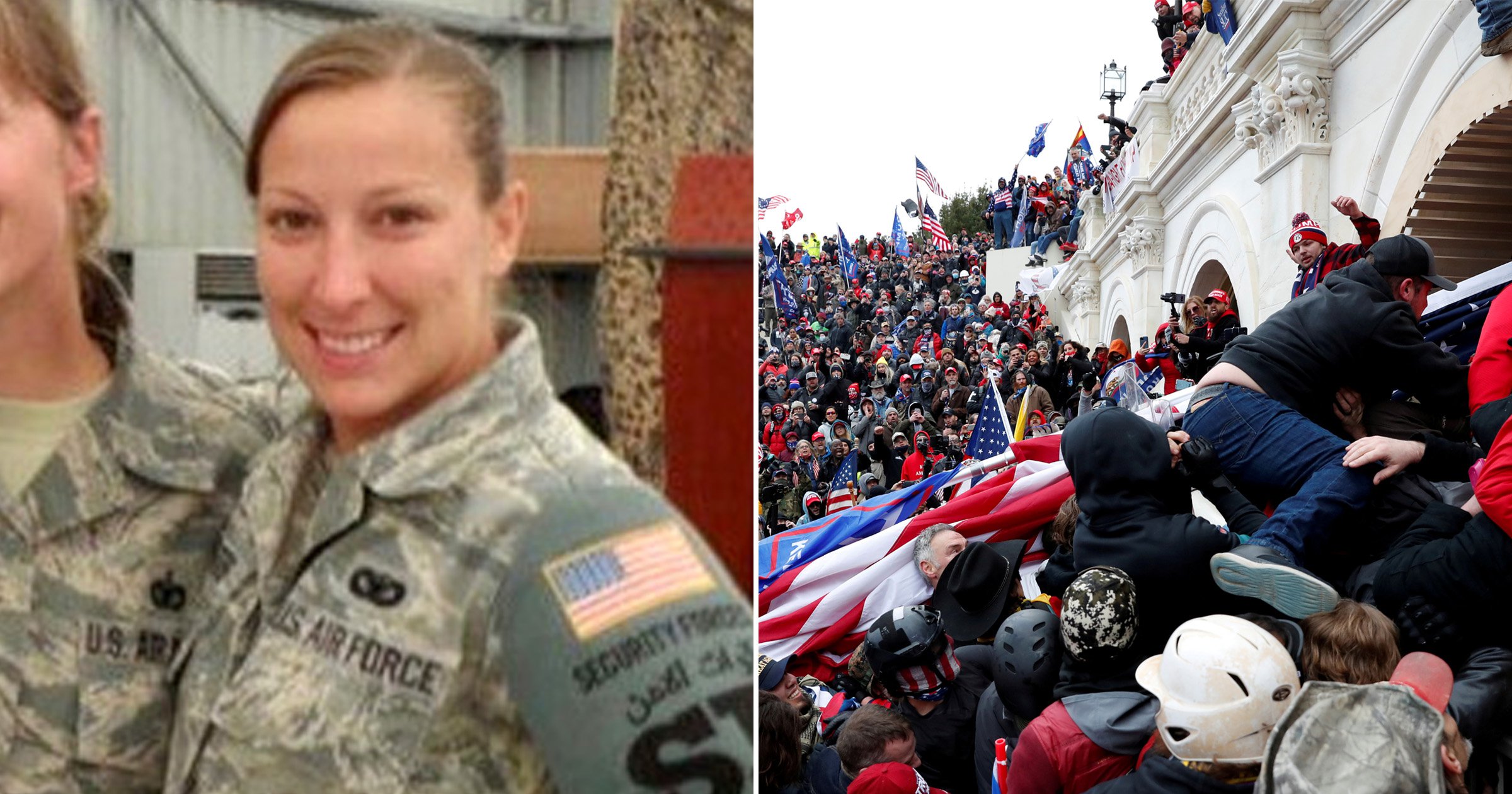 The Capitol Police officer who fatally shot Ashli Babbitt outside the US Capitol during the January 6 riot has been exonerated following an internal investigation.

The officer, who has not been named, opened fire as 35-year-old Babbitt and other supporters of then-President Donald Trump forcefully tried to enter the Capitol Rotunda, according to a memo obtained by NBC News.

‘No further action will be taken in this matter,’ the commander of the Capitol Police Office of Personal Responsibility said.

In April, the Department of Justice said it wouldn’t be filing charges against the officer. The exoneration by the Capitol Police wraps up the last remaining investigation into Babbitt’s death.

Babbitt was one of five people to die as a result of the Capitol Riot, according to NBC News.

Leading up to her death Babbitt posted messages to her social media accounts indicating she was an avid supporter of Former President Donald Trump. She also followed radical conservative activists and leaders of QAnon.

Some members of the far-right have utilized Babbitt’s death as a way to downplay the violence that occurred during the January 6 riot. Rep Paul Gosar, a Republican from Arizona, has called her death “an execution.”

The former president also made a false assertion following her death, claiming the officer who shot Babbitt was the ‘head of security’ for a ‘high-ranking’ Democratic member of Congress, NBC News reported.

This is a breaking news story, check back for updates...

U.S. migrant policy forcing thousands of children, including hundreds of babies, back to Mexico