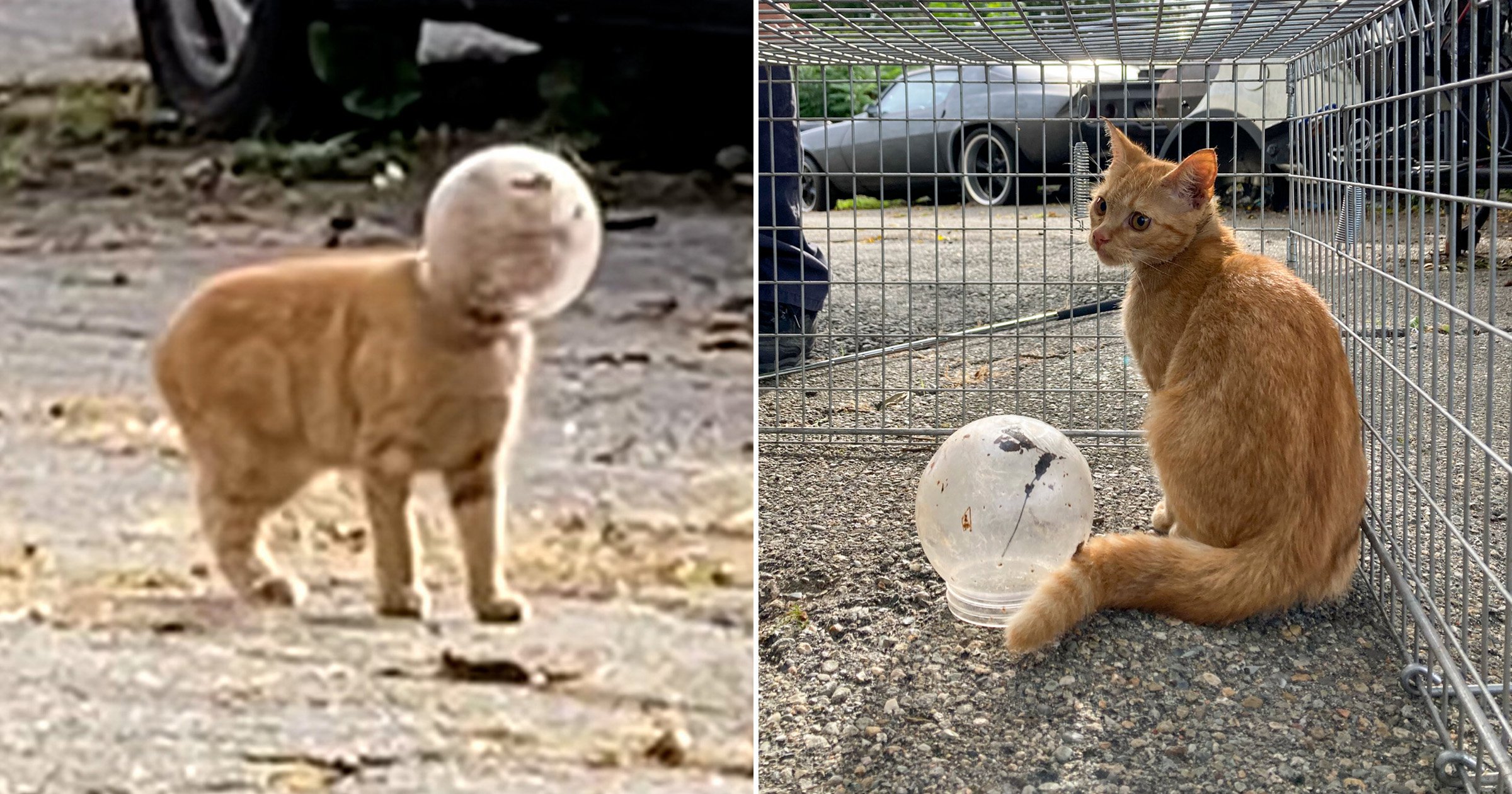 A kitten rescued after getting its head wedged inside a glass bowl has been nicknamed Buzz Lightyear.

The six-month old cat was spotted whilst scampering around a neighbourhood in Boston, America.

Rescuers were able to release the animal from its helmet-like obstruction, but only after luring the hapless kitten with treats.

In a statement, they explained: ‘The six-month-old kitten, now named Buzz Lightyear, was spotted along the 200 block of Danforth Street by a nearby resident who has been monitoring and feeding cats in the area, who then contacted Fall River Animal Control.

‘Upon arrival, the kitten was seen wandering along the roadway, and while it took a bit of time, Buzz was eventually captured by use of a drop trap.

‘Although she could not smell with the jar on her head, the agent used food to lure two of Buzz’s siblings into the trap and out of curiosity, she followed.’

Rescuers confirmed Buzz was in good health despite his bowl-related ordeal, and that he is now available for adoption.

They said: ‘Although the kitten was a bit dirty from living on the streets, ARL’s shelter medicine determined she was in good health, and proceeded to provide the kitten with vaccines and spay surgery.’

Buzz Lightyear is not the only cat who has made the news this week. In the UK, Downing Street’s Larry the cat was filmed chasing a fox off of his territory.

Despite being half its size, the feline immediately got in stalking mode when the fox dared to get close the Prime Minister’s residence.

The two foes faced off after the intruder unsuccessfully tried to skirt around some bushes.

Taking no prisoners, Larry chased the fox down the road out of sight, only for it to return hiding behind a lamppost.

One intimidating glare from Larry was enough to deter the fox from trying his luck, and he duly trotted away.

From posting bail to legal aid: NGOs go into overdrive at border