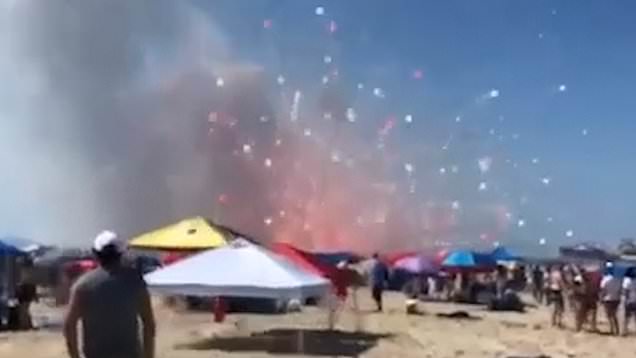 Fireworks meant for a fourth of July display were accidentally discharged on a beach, sending people running for cover.

Organisers were setting up the display in Ocean City, Maryland, when all the fireworks went off at once.

The planned display for Independence Day was cancelled after the incident due to ‘an abundance of caution’, firefighters said.

Footage shared online showed the explosions cracking and banging while people enjoyed a day on the beach.

Some employees of Starfire Corporation, the company in charge of the display, suffered minor injuries but no one else was injured in the incident.

Ocean City Fire Department said it had initially been thought that a car was on fire before first responders discovered what had happened.

Fire Chief Richie Bowers said: ‘Prior to the fireworks being off-loaded from the vehicle, Fire Marshals secure a safe zone around the fireworks and put other safety protocols in place.

‘It is this very zone and safety protocols that kept anyone else from being injured.’ 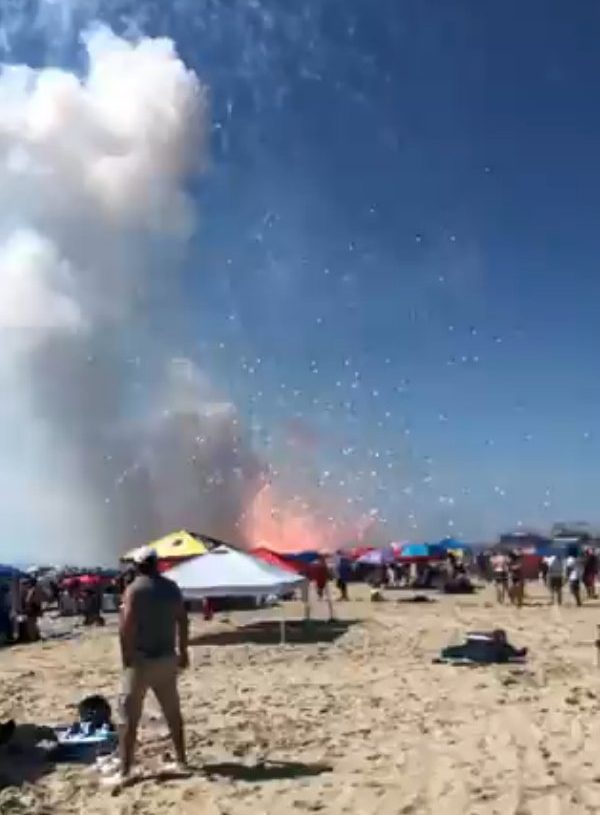 Organisers and authorities are now investigating what caused the fireworks to detonate early.

Parts of the boardwalk were closed to pedestrians yesterday while safety inspections took place.

Starfire apologised for what happened and stressed all its crew managing the fireworks were well trained, licensed and were following protocols.

Twitter imposes restrictions, more warning labels ahead of US election