Some Chicago teachers are due back in school buildings today as the city begins its bitterly contested return to in-person teaching. But not every teacher is showing up.

The Chicago Teachers Union, which has been pushing back against the city’s reopening plan, said some of its members are refusing to return, citing safety concerns.

“We don’t want to lose our jobs,” Lori Torres, a public-school teacher, said at a news conference, as reported by The Chicago Tribune. “Many of us are the sole income earners in our homes. But the fear of this virus is greater than that fear.”

“I made the decision to refuse to re-enter the building because I think it is extremely unsafe and I am in fear for my life,” added Quentin Washington, an elementary school music teacher and union member.

Preschool and some special education teachers were told to return to school buildings today to prepare for a Jan. 11 reopening. Teachers for kindergarten through eighth grade are scheduled to return on Jan. 25, ahead of a Feb. 1 reopening.

The union said some members would not report to work Monday in defiance of the district, the third-largest in the nation. The number of holdouts was unclear.

“It is the district’s expectation that teachers without an accommodation report to work, just as principals, custodial staff, engineers, and food service staff have throughout the entirety of the pandemic,” Emily Bolton, a spokeswoman for the district, said in a statement.

A majority of the city’s aldermen also expressed concern about the reopening plan in a letter to Mayor Lori Lightfoot and the chief executive of public schools, Janice Jackson.

In related news: A board member of the Chicago Teachers Union was criticized for writing on Twitter that schools are unsafe for teachers while taking a vacation in the Caribbean. 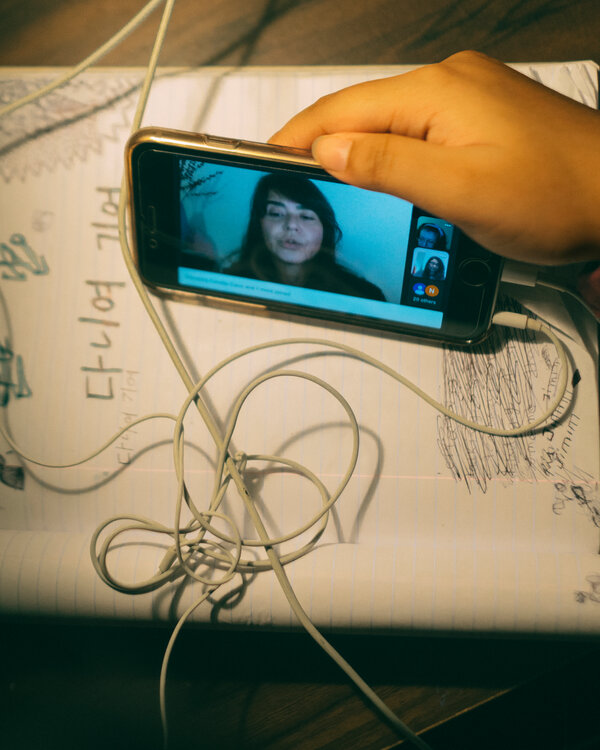 Remote learning has been hard for students across the country. But few have had a harder time than children coming from immigrant households who rarely speak English at home.

“I became more shy because I can’t really talk with other students anymore in online class,” said Taniya Ria, a sixth grader who moved to New York City from Bangladesh in 2019. “I feel like the year is going to waste.”

When she first arrived, Taniya didn’t know a word of English. Within months, she began translating for her mother, made American friends in class and got good grades. Then the pandemic arrived.

This fall, she took classes on an iPhone from her family’s one-bedroom apartment in the Bronx, struggling to understand her teachers through the tiny screen. Words and grammar she once knew evaporated, along with her hard-won confidence.

“It’s hard for me to explain what I want to say correctly,” Taniya said. “And there are so many people in class, I get nervous about making a mistake.”