As the pandemic raged last spring, New York City released hundreds of people from jail. A year later, the jails are just as full, and the virus is showing signs of returning. 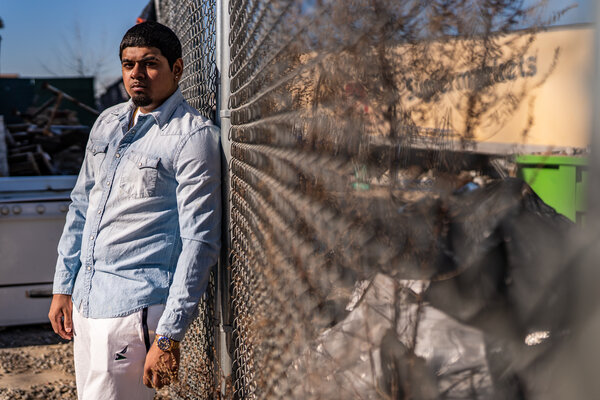 New York City’s jails were under such threat from the coronavirus last spring that city officials moved swiftly to let hundreds of people out of the crowded, airless old buildings. The effort shrunk the jail population to its lowest point in more than half a century.

But it did not last. A year later, jails are more crowded than they were when the pandemic began. And there has been an increase in infections in recent months that could pose a public health risk even beyond the jail walls.

There are now more than 5,500 people in the city’s jails, slightly more than were detained last March. About three quarters of the people being held have not been convicted. Many are awaiting trial much longer than usual, as the court system continues to operate at a near standstill during the pandemic.

In lawsuits, prisoners and guards alike have called the living conditions inside unsanitary and dangerous. Incarcerated people who were recently held at Rikers Island say social distancing has again become impossible in some jail units and that soap, sanitation wipes and disinfectants are scarce or unavailable. Many correctional officers, they say, still do not regularly wear face coverings.

“They haven’t done anything to keep us safe,” said Prakash Churaman, 21, who was released on bail from Rikers Island on Jan. 19. “Imagine how much bacteria, how much germs there is. It’s basically like we weren’t even human.”

Doctors said they feared the uptick of the virus in recent months could set the stage for another major outbreak inside.

“The more people in housing areas, the quicker it will spread,” said Dr. Robert Cohen, a member of the city’s Board of Correction, a watchdog agency that monitors jails. “Every week the number of people in jail increases. And in most weeks, the number of people who have been exposed to Covid-19 within the jails increases as well.”