A former US Marine thwarted an armed robbery at a gas station after grabbing the suspect’s gun.

CCTV footage showed the army veteran springing into action at a Chevron station in Yuma, Arizona, on Wednesday.

He reacted quickly after two assailants entered the shop at 4.30am, and one of them raised a gun towards the employee, demanding money.

The former marine can be seen grabbing the gun and then struggling with the robber.

Officials confirmed the heroic man held the suspect down until police arrived.

The suspect, a minor, was arrested for a count of armed robbery and a count of aggravated assault.

His accomplice and a third person who waited outside fled the scene, Yuma County Sheriff’s Office said. 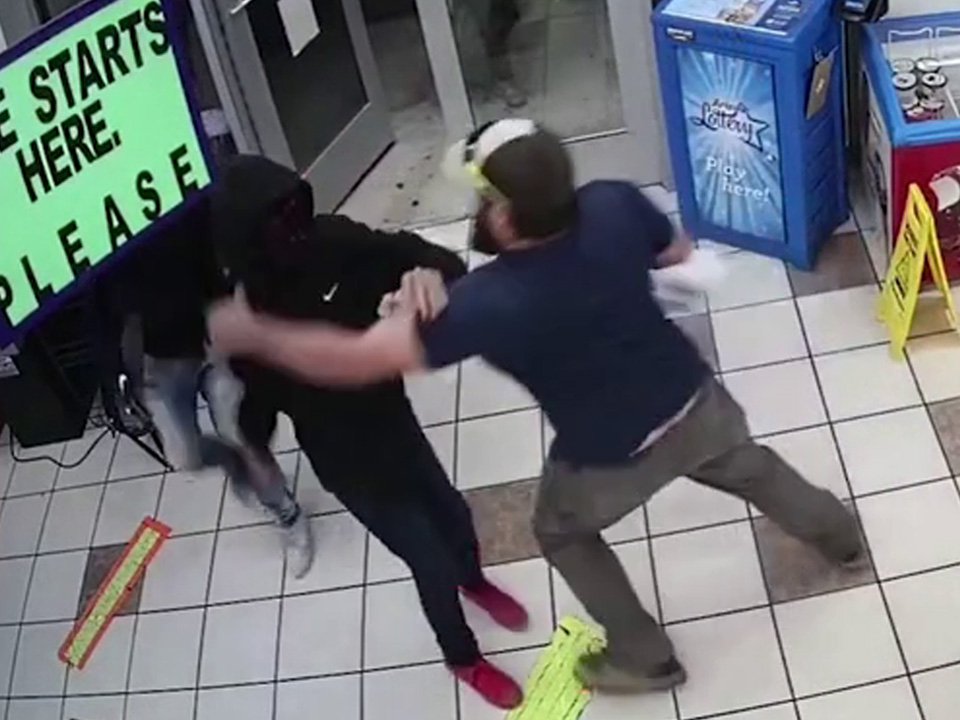 A police report said: ‘Upon arrival, deputies learned of suspects entering the Chevron, one of them armed with a handgun.

‘The armed suspect walked next to a store customer while pointing the weapon toward the cashier when the customer acted immediately and disarmed him.’

The marine later told police he was able to stop the suspect because ‘the Marine Corps taught me not to [mess] around’.

Yuma County Sheriff’s Office added in a statement: ‘The Sheriff’s Office would like to remind the public, if you see something, say something, and if you have the ability to do so safely, without jeopardizing your safety or the safety of others, do something.’

Police confirmed there were no injuries but appealed for the public’s help as the investigation continued.

George W. Bush calls for end to pandemic partisanship in message of unity

Coronavirus: Ontario couple who can’t get married also can’t get refund, only credit