Home » Americas » Coronavirus: America’s response to COVID-19 has been a mess – and millions face destitution as a result

There is a crisis behind the coronavirus crisis in the US.

As it prepares to lose thousands more lives to COVID-19 in the coming weeks, millions of Americans are facing destitution.

The emergency benefits that have been supporting around 30 million Americans since March ended on 31 July. Many received their last payment two weeks ago.

We could be about to see what it looks like when the money stops. 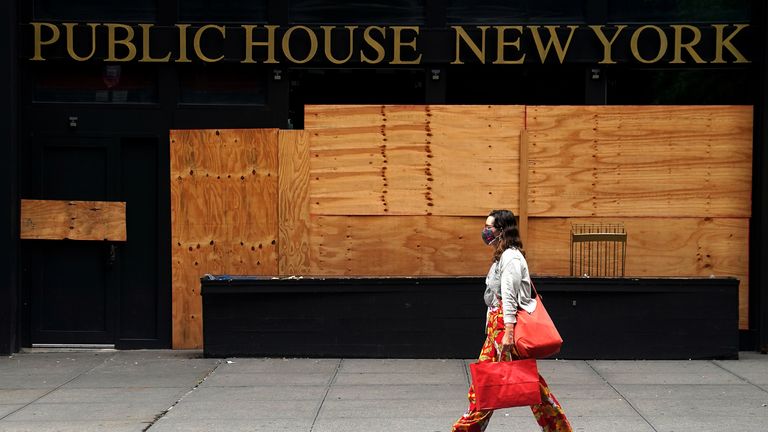 A federal moratorium that had protected renters from eviction for four months also ended 24 July.

Up to 40 million people in America are now at risk of eviction, according to a new report released on Friday by US academics.

Democrats and Republicans have been at loggerheads over what to include in the next round of pandemic relief aid – and no agreement has been reached.

But this is bigger than politics. This is about survival for millions of American families.

She lives in Virginia with her husband and their two boys who are four and seven. 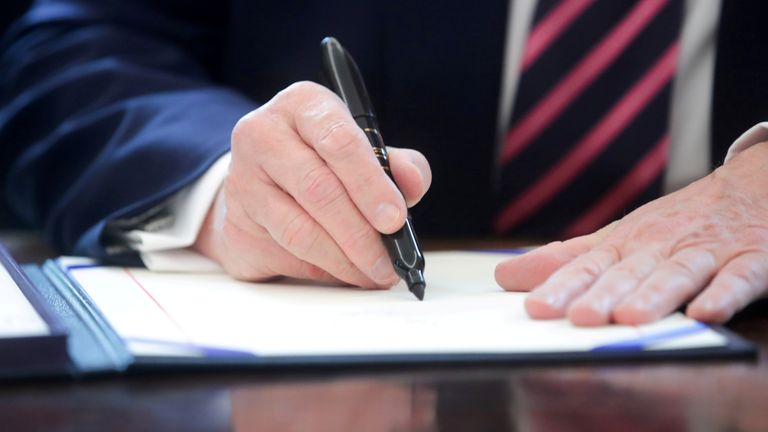 “I was officially laid off a week and a half ago and Virginia decided two weeks ago that upon review my husband was actually ineligible for the unemployment insurance he had been receiving as a freelancer,” she said.

“In the short term it means an extremely tight budget. In the longer term it will mean no health insurance, which is a frightening prospect with two small children.

“Health insurance costs are insanely high for a family of four, even at the most basic level. It means having no savings or safety net, no money set aside for college for the boys and a life on a financial precipice.

“Still we are in a much better place than most in our industry, it will be stressful and hard and will have an impact that we will feel for the rest of our lives in so many ways but we will not be homeless, we will not starve.

“I’m worried because there are so very, very many who will.”

The extra $600 per week in emergency enhanced unemployment benefits was introduced in March to stop millions of Americans falling off the precipice.

It was introduced as part of a historic $2 trillion disaster relief bill known as the CARES Act. 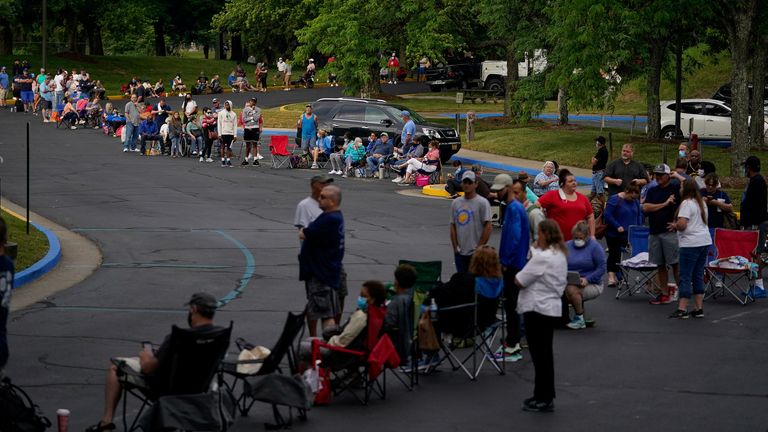 Republicans have argued the $600 per week is a disincentive for people to return to work, with many receiving more money in benefits than they would earn at work.

The emergency funding may be far from perfect but it’s stopped masses of Americans from falling into poverty.

And the reality is many people don’t have the option of returning to work at the moment. Many jobs simply don’t exist with businesses still unable to reopen safely. There are millions more people unemployed than there are jobs.

The timeline of financial support has not gone to plan and there is currently no plan B.

By this point in the crisis the economy was supposed to be reopened and people back at work. The virus has not played ball.

There was repeated insistence from the White House to reopen and get the economy back on track ahead of November’s election and many governors reopened states before they were even close to the necessary benchmarks for contagion control. This has resulted in a virus surge in many states who have had to roll back lockdown measures.

By reopening prematurely, it’s prolonged the pain for millions of Americans who are still unable to return to work and now have no guarantee they’ll be able to continue paying their rent and keep a home for their kids. 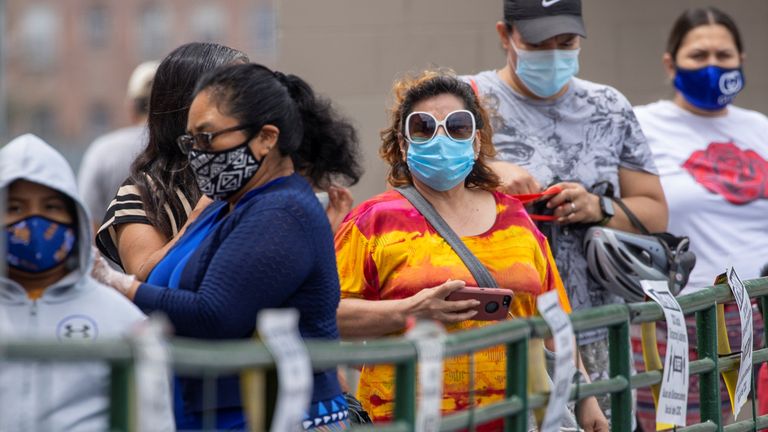 In short, it’s a mess. And cutting benefits at this time will do the economy no favours.

The emergency benefits have also been helping prop up other sectors reliant on consumer spending.

The latest figures show the economy gained 1.8 million jobs in July with a fall in unemployment rate to 10.2%. These figures are slightly better than predicted but they do not paint the full picture.

More than a million Americans have signed on for state unemployment benefits for a 20th week in a row. Unemployment figures are doing little to reveal the terrifying reality of what people are facing in losing their homes and livelihoods.

As lawmakers enter their summer break, no rescue deal has been found.

Donald Trump has threatened to sign an executive order if no bipartisan deal is reached but so far that hasn’t happened.

This comes as the government’s Paycheck Protection Programme, which is helping small businesses stay afloat, ends on Saturday with little agreement in Washington on how to help these companies survive.

How a 13-year-old Cochrane teen got her smile