Home » Americas » Coronavirus: COVID-19 is not the only pandemic ‘plaguing’ African-Americans – and it’s getting worse

The doctors in Houston are not the only ones who’ve noticed an alarming number of African-Americans are going down with coronavirus in the Texan city.

And there are growing demands for investigations to find out why.

Those running the food charities see thousands of black Americans regularly lining up out of desperation. 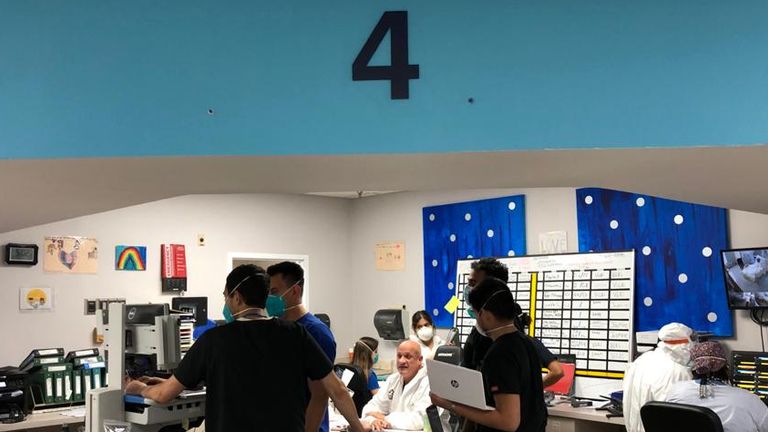 People of colour make up a large proportion of those waiting for hours to get COVID-19 tests.

And the statistics jump out. The latest figures show although only about 23% of Houston’s population is African-American, around 66% of coronavirus-related deaths are from this ethnic group.

The editor of the only African-American newspaper in the area says the authorities urgently need to be alert to the disparities because the city’s black citizens are facing multiple challenges.

“There are two serious pandemics that have plagued African-Americans,” says Jeffrey L Boney.

“One has been here since its inception and that is racism – and the other is COVID-19.

“Those two are vicious pandemics that are impacting the lives and quality of lives of African-Americans in this country.” 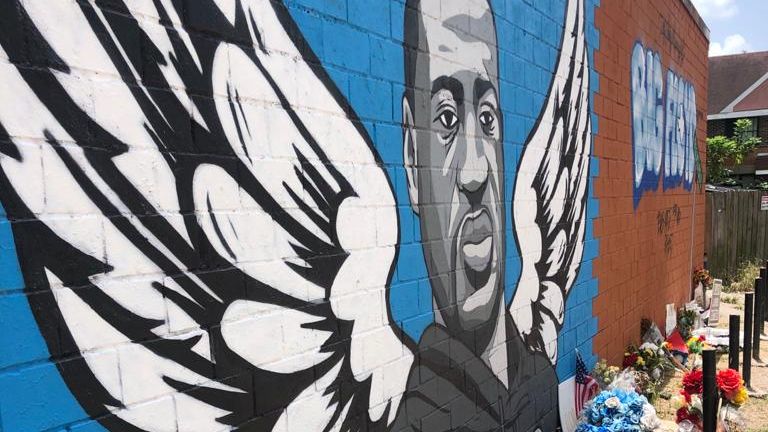 And the situation is getting worse.

As Texas posted yet another daily record high in infections, we returned to the Houston Memorial Medical Centre less than a week after we’d last been there.

The number of coronavirus patients they’re now treating has jumped by 50%.

A new ward of 30 beds which has been opened since our last visit is virtually full.

“There’s no question that people of colour get affected with coronavirus. At some point in time, we had more than 90% [that] were African-American and Hispanics.”

One African-American mother-of-two described from her hospital bed the scramble to get into a nearby hospital.

Latanya Robinson told us: “The biggest fear is that there’s not going to be enough beds… Even with me there was not enough beds.

The racial health disparity hits an ethnic group which is also suffering hardship because of the impact that the pandemic has had on the economy.