In the Rio Grande Valley, it’s hard to find anyone who hasn’t been touched by COVID-19.

The pandemic ravaged the region – an overwhelmingly Hispanic area, where poverty, poor health and close-knit families put them on a collision course.

Dr Ivan Melendez, from Hidalgo County Health Authority, describes how obesity and diabetes have contributed to the crisis.

Almost a third of residents are also uninsured, many are undocumented too, afraid to seek medical help.

“I hate cliches, but this was the perfect storm,” he said.

We start the day with him in a rare moment of quiet – his morning prayer at home.

But he’s soon off to visit Edinburg Regional Medical Centre, a hospital that’s skilfully and thankfully turned a corner. 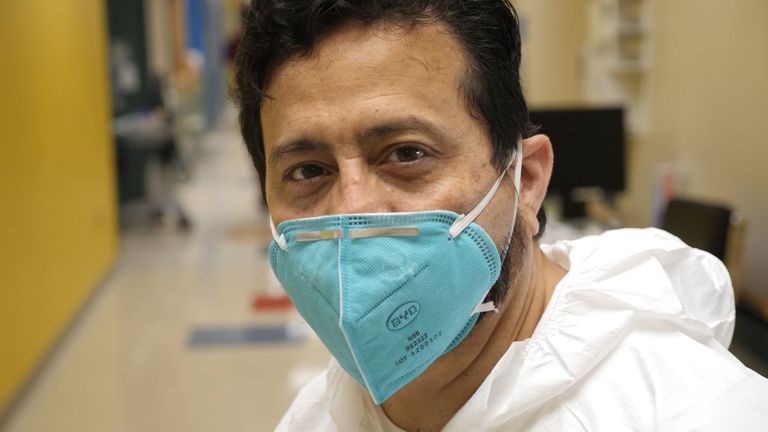 They had to adapt when Texas opened up faster than many other states and a surge in infections followed.

We’re taken to what used to be a conference room and has been converted into an intensive care unit.

There’s little more than a handful of patients being intubated, but Dr Melendez said just weeks ago “it was filled to the brim with people everywhere”.

He believes the close-knit community has started to take the virus more seriously, wearing masks and social distancing.

Patient numbers have reduced significantly. But he’s conscious too, that may in part be because some of the most fragile people in the area “who were barely holding on, have just gone”.

Gustavo Ortiz is 55 and has pneumonia from COVID-19. But he’s also terrified his business will fall apart.

So many here are under intense financial pressure. It is a stark reminder of the health and wealth gap that pervades this country.

Another challenge that’s hit this area is the process of transporting the dead – the grim responsibility of Juan Lopez.

Like the doctors in the hospital, he’s seen a reduction in numbers. But he’s still shocked by the volume. 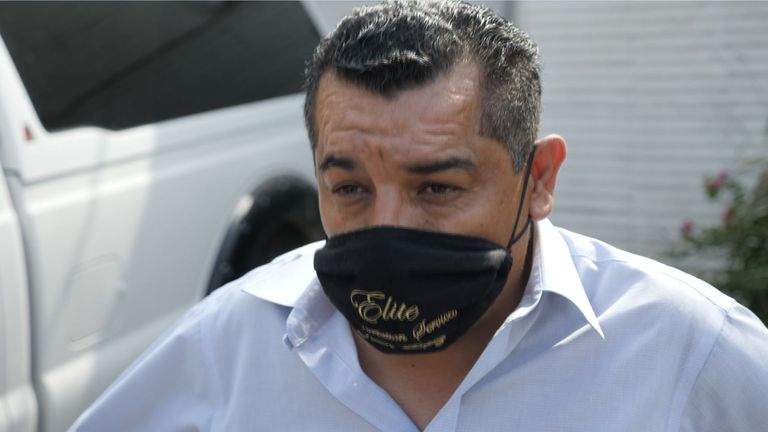 Some have lost more than most of us could imagine.

Both of Priscilla Garcia’s parents died – just four days apart. She hasn’t been able to have a funeral for them yet.

“It’s really sad because it’s not normal to go through that. To mourn our parents and not be able to say goodbye to them,” she said. 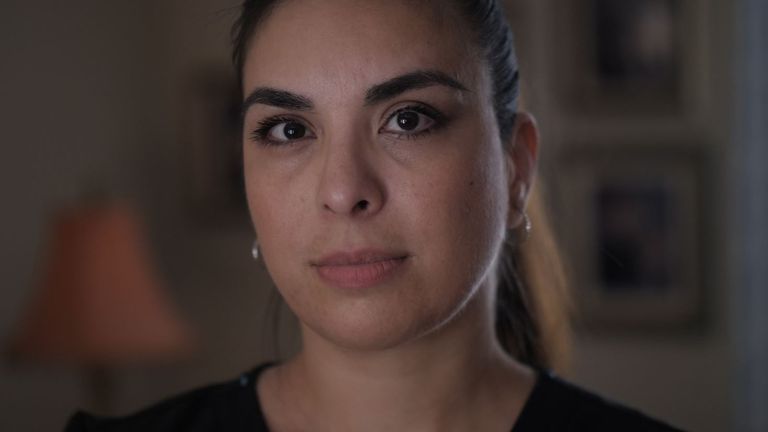 Funeral Director Tim Brown is doing all he can to support bereaved families. But they must mourn at a distance.

“We went from normal business one day to knocking down walls. It’s taken a huge personal toll,” he said.

“I didn’t sign up to run bodies through homes. I wanted to care for my community… People are talking about first responders. But there’s a big movement of last responders.” 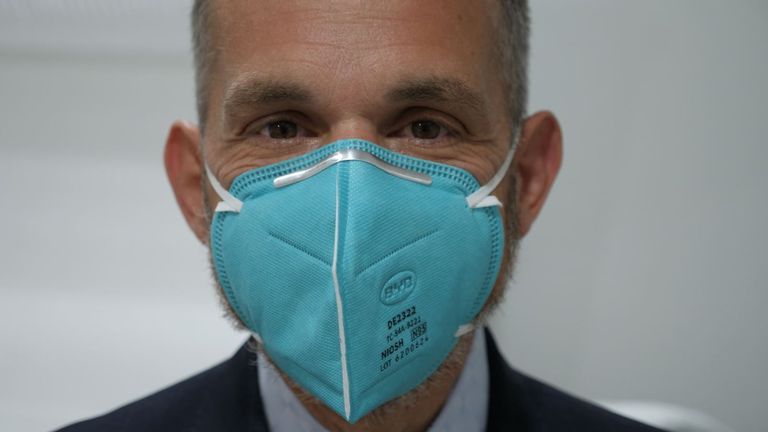 Recently he’s been arranging the funeral for his friend, Jorge Cabrera, a celebrated police officer who died with COVID-19.

Colleagues and friends have to drive by the casket in their patrol cars, waving at his family to pay their respects.

It is deeply moving and deeply sobering.

More than six million have been infected. It is not a nation or a region out of the woods yet.