Non-coronavirus patients will start being transferred onto a US Navy hospital ship moored off the coast of Los Angeles to help the city’s overburdened hospitals.

A handful of patients will be taken to the USNS Mercy, one of the navy’s two hospital ships, on Saturday as the Californian city struggles to cope with the COVID-19 outbreak.

The captain of the ship, which has 1,100 hospital beds, said they would gradually take on more patients over time to free up space in hospitals for coronavirus patients. 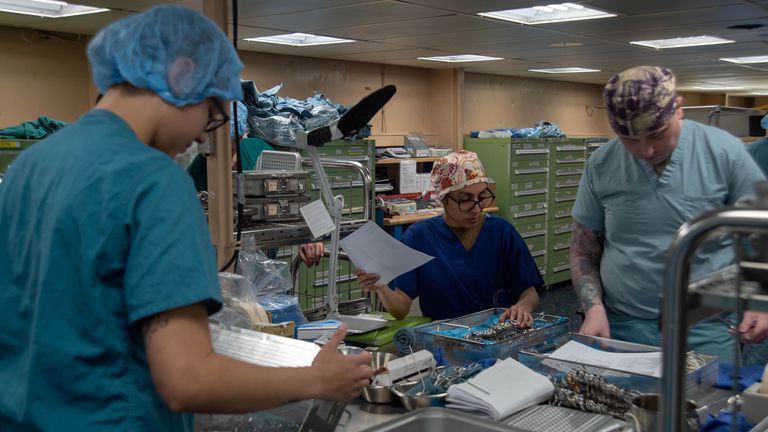 “We would start slowly with a number like five for the first day, then doubling that and doubling again,” Navy Captain John Rotruck said.

The Mercy’s 1,000 sailors, of which two-thirds are medical staff, have spent the last week training at sea as it is the first time many of them have worked together.

California’s 40 million residents were placed on lockdown on 19 March, with its governor estimating 56% of the state’s population would be infected over eight weeks.

It is the third hardest hit state in the country, after New York and New Jersey, with a total of 4,905 coronavirus cases confirmed and 102 deaths in California by Thursday evening.

Los Angeles has been the state’s hardest hit city, with 1,482 confirmed cases and 26 deaths.

On Friday the US overtook China and Italy in the number of confirmed cases, which reached 104,860 on Saturday and 1,581 deaths. 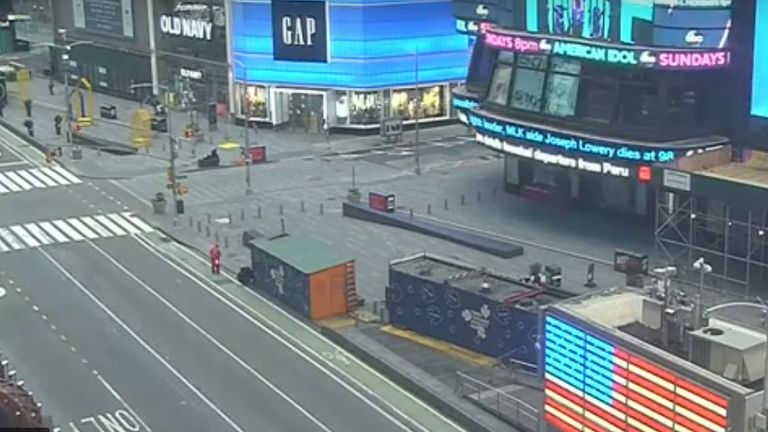 The US Navy’s other hospital ship, the USNS Comfort, is preparing to leave Virginia on Saturday to head to New York City which is the worst hit area of the US.