The United States has recorded its biggest single-day increase in new coronavirus cases, with more than 50,000 people testing positive for the first time.

A total of 50,700 new COVID-19 cases were registered across the country on Wednesday, according to a tally kept by Johns Hopkins University, with a number of states struggling to control its spread.

Rapidly growing numbers of cases in California prompted governor Gavin Newsom to shut down bars, cinemas and indoor restaurant dining over most of the state just ahead of the Fourth of July weekend. 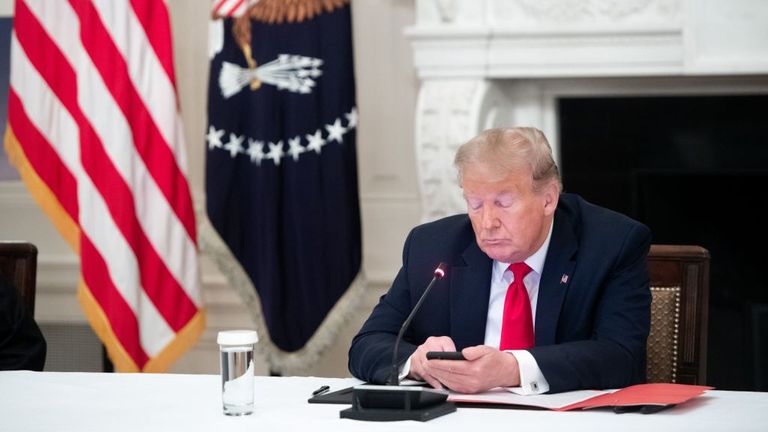 “The bottom line is the spread of this virus continues at a rate that is particularly concerning,” Mr Newsom said.

The number of cases in California has increased by nearly 50% over the past two weeks, and coronavirus-related hospital admissions have risen by 43%.

California is among a host of states being ravaged by the pandemic, including Florida, Arizona and Texas.

Florida recorded more than 6,500 new cases and counties in the south of the state were closing beaches to deter large crowds.

“Too many people were crowding into restaurants late at night, turning these establishments into breeding grounds for this deadly virus,” Miami-Dade mayor Carlos Gimenez said.

Despite the US suffering by far the highest number of infections and deaths in the world, President Donald Trump suggested the coronavirus crisis would soon subside.

My Coronavirus Test: 5 Days, a Dozen Calls, Hours of Confusion