More than 250,000 people have now died with coronavirus in the US, with the rate of new infections and hospitalisations on the rise.

Latest figures from Johns Hopkins University, which has been tracking the pandemic, showed the number of people killed by the virus in the country is now 250,485.

It comes as the pandemic shatters more records nationwide, with the daily count of new coronavirus cases running at close to 160,000 on average – a jump of 80% in the last two weeks. 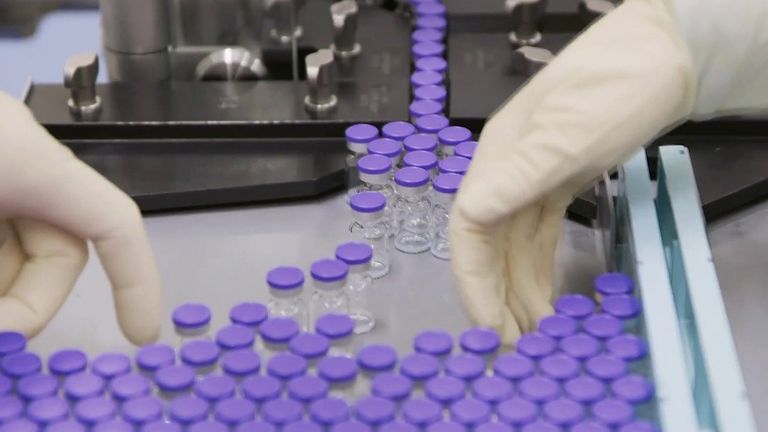 Cases are on the rise in all 50 states. Deaths are averaging more than 1,155 per day, the highest in months.

And the number of people in hospital with COVID-19 has doubled in the past month and set new records every day this week.

As of Tuesday, nearly 77,000 were hospitalised with the virus.

Dr Anthony Fauci, the country’s top infectious disease expert, has urged Americans to “double down” on basic precautions such as masks and social distancing.

He said the country would be better served by a “uniform approach” to fighting the surge.

“We need some fundamental public health measures that everyone should be adhering to, not a disjointed, ‘one state says one thing, another state says another thing’,” he told The New York Times. 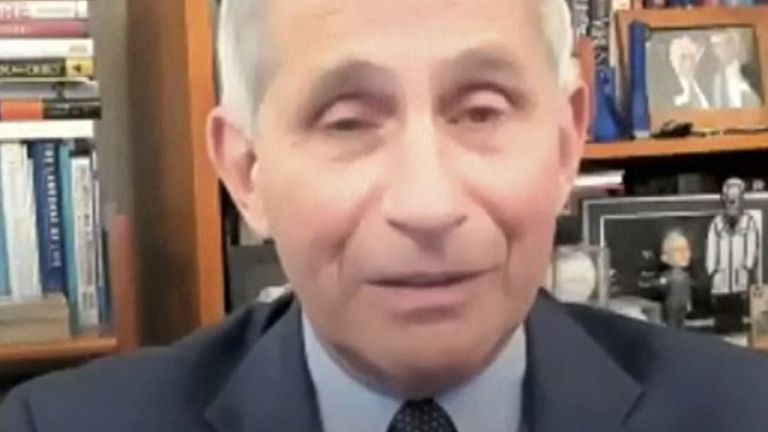 Governors and mayors across the US – some grudgingly – have issued mask mandates, limited the size of private and public gatherings ahead of Thanksgiving, banned indoor restaurant dining, closed gyms or restricted the hours and capacity of bars, stores and other businesses.

On Wednesday, officials announced New York City’s school system – the nation’s largest, with more than one million students – will shut again from today.

However, eight months after New York City emerged as the country’s first major flashpoint of the epidemic – the epicentre of the crisis has shifted to the upper Midwest.

Ordering the shutdown of dining, fitness and entertainment venues for four weeks, Governor Tim Walz of Minnesota, one of several states in the region dogged by the country’s highest case rates per capita, said: “We are at a dangerous point in this pandemic.”

In the northwest, doctors in Idaho warned that hospitals have almost reached the point where they need to ration care, unable to treat everyone because there are not enough beds or staff.

“Never in my career did I think we would even contemplate the idea of rationing care in the United States of America,” said Dr Jim Souza, chief medical officer for St Luke’s Health System.

Major breakthroughs in the race to find a vaccine offer some hope, with the makers of two leading candidates announcing both jabs are about 95% effective.

But both candidates – from Pfizer and Moderna – are still months away from deployment at a mass scale and both face complex logistical challenges.

Earlier this week, a leaked White House coronavirus task force report warned of “aggressive, unrelenting, expanding broad community spread across the country, reaching most counties, without evidence of improvement but rather, further deterioration”.

Dr Michael Osterholm, a member of Mr Biden’s new coronavirus advisory board, told NBC this week: “We are in a very dangerous period, the most dangerous public health period since 1918. And if we don’t basically take important steps like stop swapping air with our, our neighbours, our friends, our colleagues, we’re going to see these numbers grow substantially.”