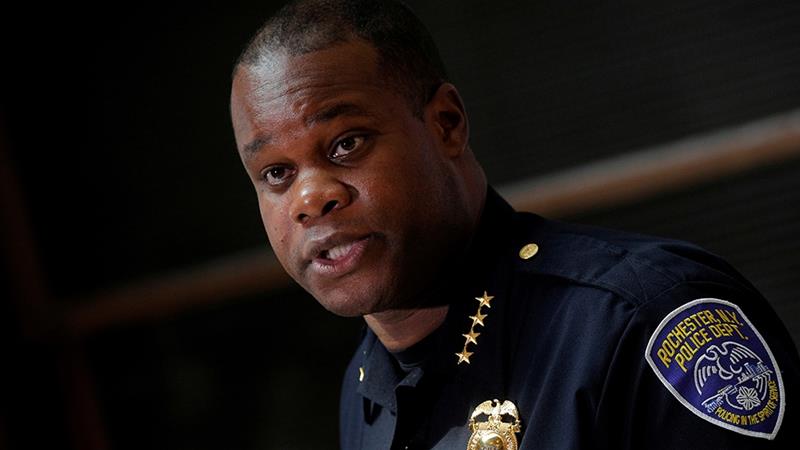 Top police leaders in New York’s third-largest city are retiring en masse amid criticism of the city’s handling of the suffocation death of Daniel Prude, the mayor of Rochester said Tuesday.

La’Ron Singletary, the city’s police chief, is among those retiring, as is Deputy Chief Joseph M Morabito and possibly other senior commanders, Mayor Lovely Warren said.

Warren made the surprise announcement of the retirements at a City Council briefing being held online. Council members had expected the chief to appear in person to discuss continuing protests against the death of Prude, a 41-year-old Black man who died several days after an encounter with police March 23.

“As you all know, this has been a very challenging time for the city of Rochester, and the chief was not asked to give his resignation because I do believe that he’s giving his very best,” Warren told council members.

In an emailed statement to local TV station WXXI, Singletary said Tuesday that “the events over the past week are an attempt to destroy my character and integrity.”

“The members of the Rochester Police Department and the Greater Rochester Community know my reputation and know what I stand for,” he said in the statement. “The mischaracterization and the politicization of the actions that I took after being informed of Mr. Prude’s death is not based on facts, and is not what I stand for.”

Singletary, who spent his entire career inside the Rochester Police Department, was appointed chief in April 2019. He said he looks forward to “continuing to serve our community in my next chapter”. 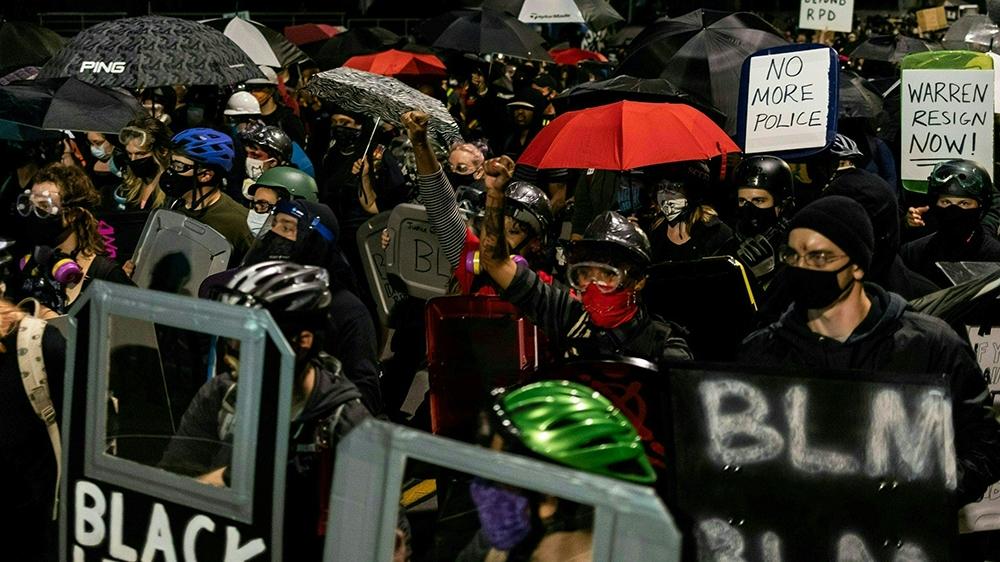 “This is great news,” said Iman Abid, speaking for Free the People ROC, which has held nightly protests since details of Prude’s death emerged. “It says to the people that people are able to move things and to shape things. The police chief wouldn’t retire if it weren’t for something that he felt he was accountable to.”

But, she said, nightly protests will continue to push other demands, including the resignation of the mayor, defunding and demilitarising of police, and development of a state law barring police departments from responding to mental health crises.

Warren did not know when the retirements would take effect. It was unclear who would be in charge of police Tuesday night if demonstrators come out for a seventh straight night, as expected. Demonstrators have called for the resignations of both Singletary and Warren, who are both Black.

Singletary, who spent his entire career inside the Rochester Police Department, was appointed chief in April 2019.

Officers found Prude running naked down the street put a hood over his head to stop him from spitting, then held him down for about two minutes until he stopped breathing. He died a week later after he was taken off life support.

His brother, Joe Prude, had called 911 seeking help for Daniel Prude’s unusual behaviour. He had been taken to a hospital for a mental health evaluation earlier that night but was released after a few hours, his brother told officers.

Seven police officers were suspended a day later, and state Attorney General Letitia James said Saturday she would form a grand jury and conduct an “exhaustive investigation” into Prude’s death.

Police union officials have said the officers were following their training.

US 41st President George H. W. Bush had one of the most impressive resumes of any president

‘She Had a Poor Choice of Words’: Ilhan Omar’s Constituents Grapple With Her Remarks