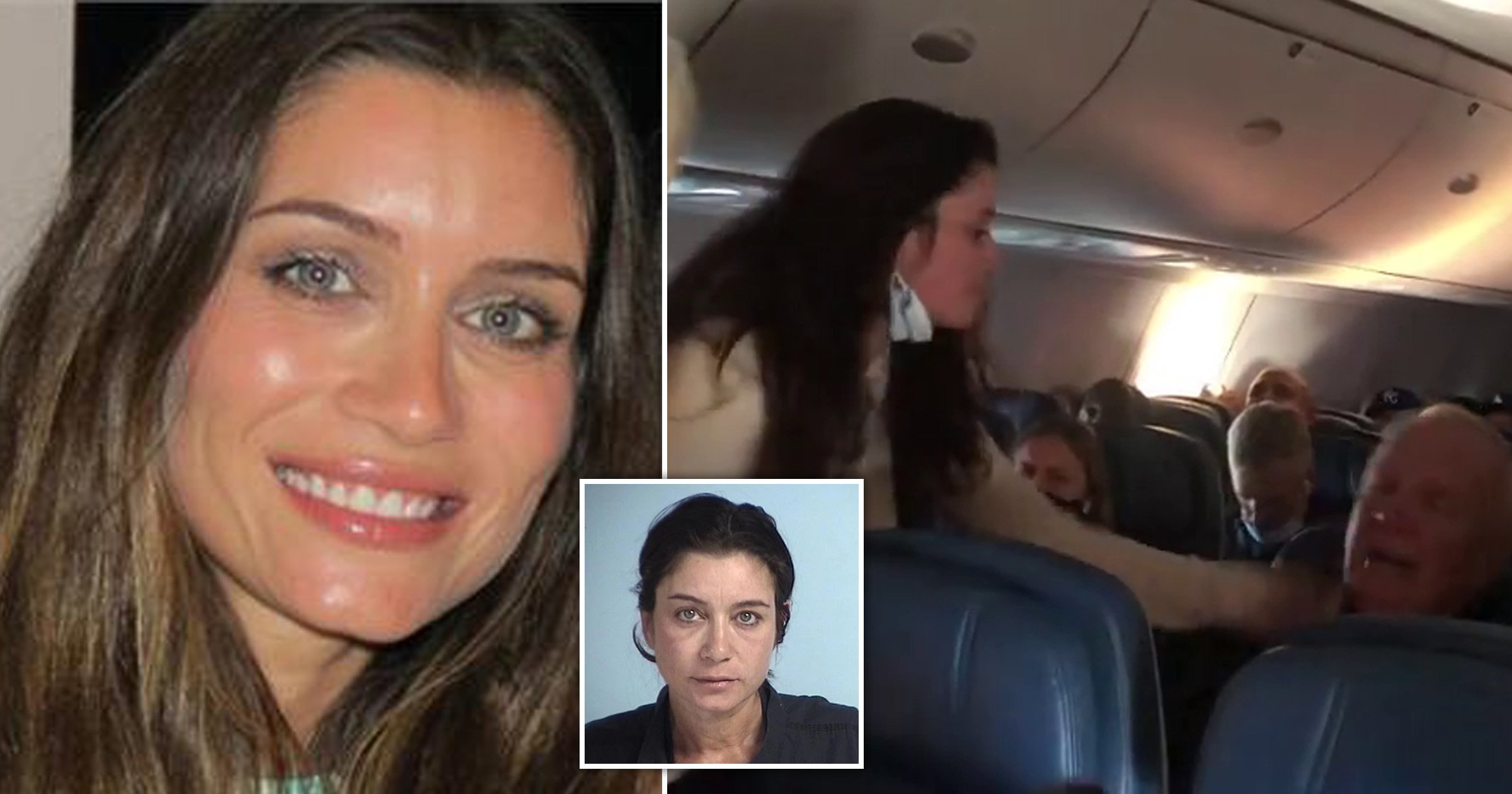 A woman who has been dubbed ‘Delta Karen’ for allegedly attacking an elderly man who had his mask off to eat and drink on a flight, has been identified as former Playboy model, NFL cheerleader and Baywatch actress Patricia Cornwall.

Cornwall, 51, is a real estate agent who was a member of the Raiderettes cheerleaders with the Raiders when they were based in Los Angeles, the Daily Mail reported. Before being a cheerleader for the NFL team, Cornwall was featured in Playboy: Cheerleaders and also appeared in an episode of Married… With Children in 1989.

Using the name Patty Breton, Cornwall also had a short stint on Baywatch, and appeared on trading cards.

One of the trading cards reads, according to Heavy.com: ‘Step right up and meet Bench Warmer Patty Breton! Hollywood has taken its chances with Patty, and boy has it paid off. In between her print and commercial jobs, Patty has co-hosted Fox Television’s “Comic Strip Live” and cheered on the “Silver and Black” as a Raiderette. Keep your eyes open for Miss Hollywood 1991 on stage, screen and magazine stand. It’s all fun and games with this Bench Warmer!’

Cornwall made national headlines after a woman she has since been identified as, was recorded on a Delta Air Lines flight on Thursday attacking an 80-year-old fellow passenger.

Federal court records state that Cornwall is accused of evoking civil rights icon Rosa Parks and then hitting and spitting on an elderly man who challenged her on the analogy.

Cornwall reportedly went to the restroom on the plane and was trying to get back to her seat when a Delta flight attendant with a beverage cart took up the aisle. The attendant apparently asked Cornwall to take an open seat until they passed through with the cart, prompting Cornwall to say, ‘What am I, Rosa Parks?’

That is when the elderly man sitting nearby apparently told Cornwall she’s ‘not black’, and, ‘This isn’t Alabama and this isn’t a bus’. The man told Cornwall to sit down, which escalated into an argument.

‘Put your f****** mask on!’ Cornwall yelled at the man, who apparently had his face covering off to eat and rink as permitted.

The man is heard telling Cornwall, who was standing over him, ‘Sit down, Karen’, the derogatory name for women who are usually white and act privileged.

‘Mask up!’ Cornwall shot back.

Cornwall was then seen slapping the man and saying, ‘You’re going to jail!’

However, Cornwall was arrested by the FBI after the plane completed its journey from Tampa to Atlanta.

She spent Christmas Day in jail and appeared in court in Atlanta on Monday. She has been released on an unsecured $20,000 bond and barred from traveling on common carriers and planes, except for her flight back home to Los Angeles.

Cornwall has also been prohibited from using alcohol or drugs. She has been appointed a public defender.