It is going to be a big year in Albany.

That, at least, is the promise of New York’s Democrats, who now control all the lawmaking arms of state government for the first time in a decade. They have promised voters the moon and more, vowing to unleash a torrent of new laws that they said had been blocked by the State Senate’s recalcitrant — and now ousted — Republicans.

On some issues, that may be true. Measures to codify Roe v. Wade abortion rights under state law, expand voting rights, protect child sex-abuse victims, reform cash bail and revamp campaign finance laws are expected to glide through. Gov. Andrew M. Cuomo recently said he would send lawmakers many of those bills in the coming weeks, for them to pass and send back to him to sign into law.

“This is now simple,” he said in a radio interview.

Except, of course, where it’s not. On several issues, fissures — or in some cases, chasms — are already showing. And many of the squabbles are within the Democratic Party: between urban legislators and those from outside cities, moderates and progressives.

Here are five of the most pressing and vexing questions that loom in Albany:

How will we fund the subway system?

The subways need money. The subways have no money. On that much, lawmakers agree. But when it comes to how to get that money, things get complicated fast.

The most high-profile suggestion is congestion pricing, which would charge drivers who enter parts of Manhattan during the busiest times of day. Mr. Cuomo has declared it the “only realistic option” for saving the subway, and groups from unions to real estate developers have backed it. But the plan foundered last year after lawmakers outside Manhattan said it would burden constituents in transit-starved areas who had no choice but to drive. 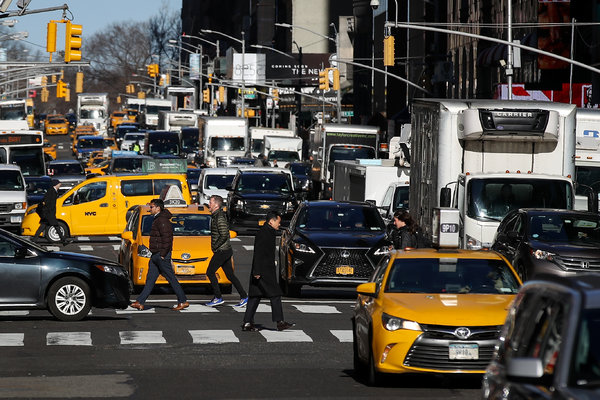 It was a rare issue that fell not along partisan lines but rather geographic ones. This means the Democratic takeover of the Senate does not necessarily mean the proposal will fare any better this time. The leader of the Senate Democrats, Andrea Stewart-Cousins, represents suburban Westchester, and has said congestion pricing is one of many options she will examine.

Assemblyman Jeffrey Dinowitz, a Bronx Democrat, said he had seen no indication that revenue would go toward urgent repairs, rather than flashier projects like the new Second Avenue subway stations.

“If I had to make a list of priorities, adding a few subway stations to the richest neighborhood in the country wouldn’t have been my top,” he said, adding, “We have to remember that we have five boroughs, not just Manhattan.”

But other funding proposals, such as a tax on high earners, have been shot down by Mr. Cuomo and others. Assemblyman David I. Weprin, a Democrat from Queens, said he would support a tax on commuters from outside the city, but that idea cost Senate Democrats their last majority in 2010. Even a halfway measure last year, which put a surcharge on for-hire vehicles such as taxis and Ubers, has stalled after outcry from taxi drivers.

And even if congestion pricing does pass, it would not cover all the needed subway repairs.

But hey, at least the L train is staying open.

Will renters get stronger protections?

New York’s rent stabilization laws expire in June, and activists and lobbyists are already arming for what they say will be one of the year’s biggest battles.

Tenants’ rights advocates say this is their chance to end loopholes that help landlords remove apartments from rent stabilization. Bills that lawmakers may tackle relate to vacancy decontrol, which lets landlords deregulate certain apartments when they become empty; preferential rent rates, which can disguise illegally inflated rent; and the use of major capital improvements to allow landlords to raise rents after big renovations.

But the real estate industry has long been a source of political donations, funneling money to Mr. Cuomo and the long-reigning Senate Republicans. This year, as the political winds shifted, developers began giving to the Senate Democrats, and they also fueled the wins by Mr. Cuomo and the new state attorney general, Letitia James.

Still, there are signs of the industry’s weakened grip. Several newly elected lawmakers have pledged to fight for universal rent control; Senator Michael Gianaris, the chamber’s No. 2 Democrat, has stopped accepting real estate donations, as his Queens district has seen an influx of young and vocal progressives.

Michael McKee, treasurer of the Tenants Political Action Committee, an advocacy group, said he was optimistic but not naïve about winning stronger rent laws.

“We obviously can’t take anything for granted just because we have a Democratic majority,” he said. “We’re going to have to work very hard for this, because we have powerful enemies and they have a lot of money.”

How will low-income schools get more money?

The issue of school funding has perhaps offered the clearest sign that a Democrat-run Albany does not mean one big happy family.

The trouble started in December when Mr. Cuomo called a 1993 lawsuit, which successfully argued that the state had underfunded public schools, a ghost of the past.

Six newly elected senators hit back to say the state still owed districts money. “And if the governor tries to deny me that, then he’s got a fight on his hands,” Senator Robert Jackson, who was one of the plaintiffs in the lawsuit, said in an interview.

Lawmakers, advocacy groups and Mr. Cuomo have continued to trade barbs on the topic, with the governor comparing his critics to people who believe Earth is flat.

New York State United Teachers, the state’s powerful teachers union, has also called for more funding. It is still pushing to increase oversight of charter schools and decouple teacher evaluations from test scores — a measure that both chambers actually agreed on last year, but that ultimately died amid end-of-session horse-trading.

A bill to create a Medicare for all-styled system for New York would be one of the most expensive items the Legislature could take up this year. It has passed the Assembly several times, and Senate Democrats have pledged their support, too. The idea has high-profile backers including the City Council speaker, Corey Johnson. So it should fly through, right?

Powerful insurance companies and business councils have hired lobbyists and rolled out campaigns to oppose the plan. They warn of job loss and new taxes. (A study by the RAND Corporation last year found that single-payer could save the state money, but that the findings were “highly uncertain.”)

Mr. Cuomo — a fiscal moderate — may also not run to sign such a bill. He has called single-payer “conceptually” the right idea but said it would be better tied to action on the federal level, citing the huge upfront cost to the state.

“I have a lot of great ideas of Christmas gifts that I want to get, but then I’m going to have to deal with the reality of the cost and the budget,” he said in a radio interview.

Will this be the year Albany finally cleans up its act?

If a promise to clean up Albany is a prerequisite for any candidate’s stump speech, a failure to do it seems the norm once they are elected.

Like congestion pricing, this issue doesn’t fall neatly along partisan lines. (Both the former Democratic Assembly speaker and the former Republican Senate leader were convicted recently, as were aides to the governor.) And the issues on the table are myriad, from legislators’ outside income to bid-rigging scandals.

One of the ugliest fights so far — and the session hasn’t even started! — stems from an outside panel’s recommendation last month that legislators receive their first pay raise in 20 years. But the rub was the proposal to cap outside income, which has been at the heart of corruption woes. The Assembly speaker, Carl E. Heastie, was decidedly not pleased by that caveat, accusing the commission of overstepping its bounds and calling one of its members a “chicken” and a rubber stamp for the governor.

Mr. Heastie has promised to address the issue somehow this year, though he’s been short on details.

Then there are the escalating threats over who will investigate the other more. Several Democratic legislators have promised to make the Legislature a more robust investigative body, open to probes of the governor’s office. Mr. Cuomo, in turn, threatened to investigate them right back, in what he called “an investigations battle.”

“Every grant that the Legislature does goes through my government, so I can investigate every one of those,” he said in a radio interview.

The Legislature’s track record on actually moving oversight bills does not inspire confidence. Last session, the Senate passed a bipartisan bill to clean up the state’s contracting process and create a “database of deals” to track state subsidies. The Assembly refused to take it up. 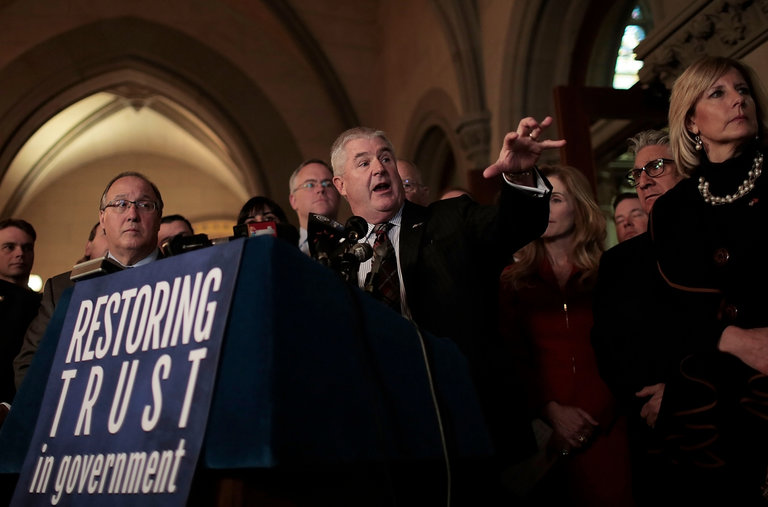 Still, some reformers are optimistic that the wave of energetic progressives will finally force lawmakers to act. Or as Senator Alessandra Biaggi, a newly elected Democrat from the Bronx who will lead the chamber’s ethics committee, put it: “Let me get to work!”

Vivian Wang is a reporter for the Metro Desk, covering New York State politics in Albany. She was raised in Chicago and graduated from Yale University. @vwang3