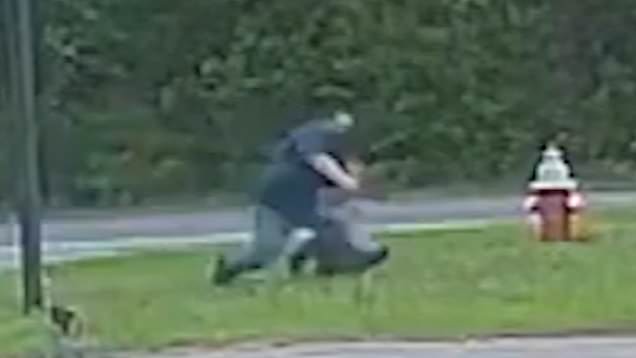 Horrifying video footage has captured the moment a convicted sex offender tries to kidnap an 11-year-old girl while she waited at a bus stop.

The man, a 30-year-old whose name hasn’t been released by police, was arrested only eight hours after the disturbing incident took place on Tuesday, in West Pensacola, Florida. The suspect has an ‘extensive’ criminal past that includes child sex abuse charges, according to Escambia County Sheriff’s Office.

Surveillance footage captured the entirety of the attempted abduction and shows the sex pest jump out of a white van and then run towards the girl while swinging at knife at her. He then grabs her by the waist and tries to run back to his van with the girl in his arms.

The girl, however, somehow manages to fight off the man and release herself from his grasp. He then runs back to his van as the girl runs away in the opposite direction to make her escape. 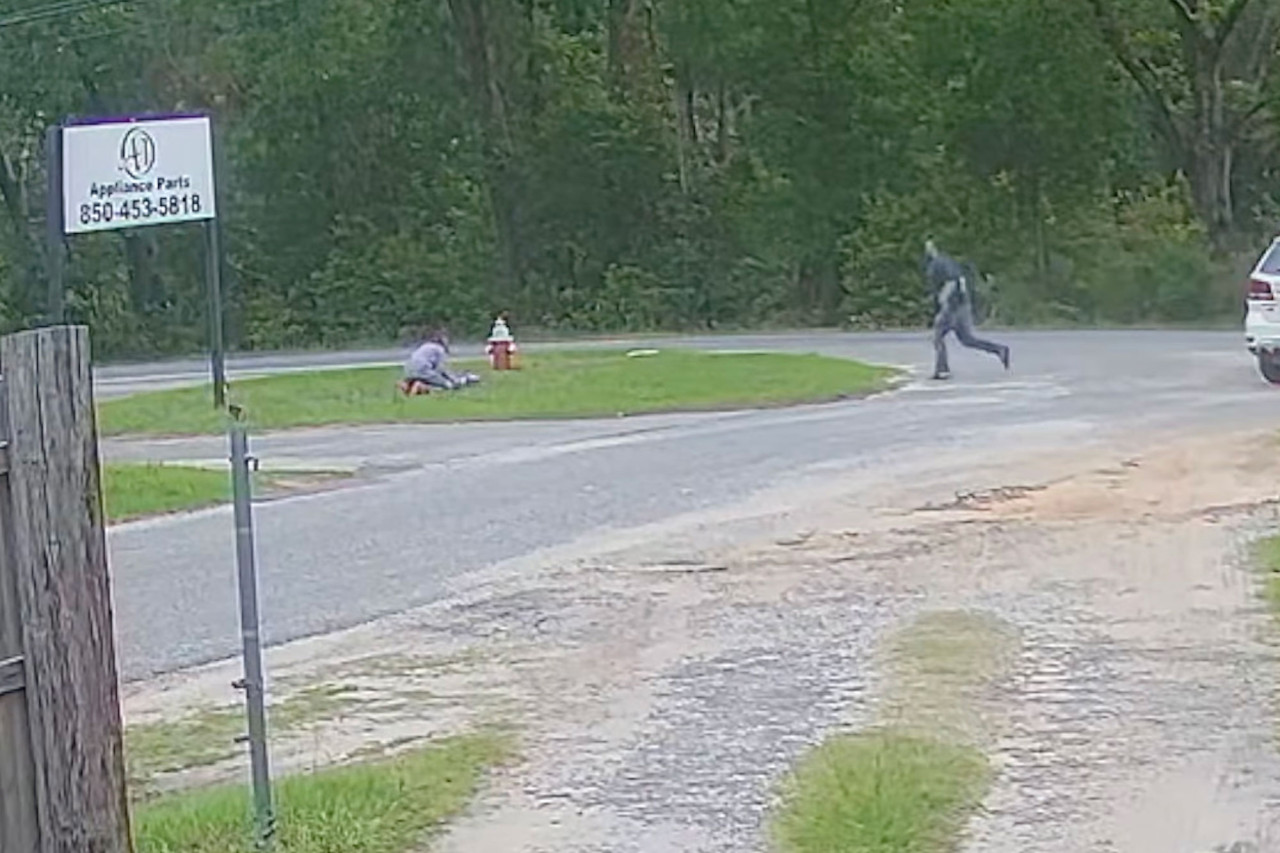 Speaking at a press conference last night, sheriff Chip Simmons said the girl was playing with a ‘blue slime’ toy on the grass near a bus stop when she was attacked.

Simmons added that after police received a report of the incident he deployed all of his department’s manpower – 50 deputies – leading the successful arrest of the suspect less than eight hours later.

Police say the predator had painted his van in an effort to disguise it, following local media reports of other incidents involving the vehicle, but still had ‘blue slime’ on his clothes from wrestling with the child when he was arrested.

Following his arrest, the suspect is facing charges of attempted kidnapping, aggravated assault with a knife and simple battery.

Officials have not release his name out of fear of jeopardizing other related investigations, according to Simmons. He added that the man had previously approached his target two weeks ago and made her feel uncomfortable.

‘He will never be free to do this again’, Simmons said. ‘Our concern was this wasn’t his first try’.

The brave young girl escaped with only a few grazes but is suffering from trauma following the attack, officials said at the press conference.

Simmons added: ‘My message to her is that is my hero, she did not give up.’

Speaking in an indirect address to the suspect, the sheriff concluded: ‘You’re not fooling anyone. We know who you are, you’re an animal.

‘We also know you’re under arrest.’