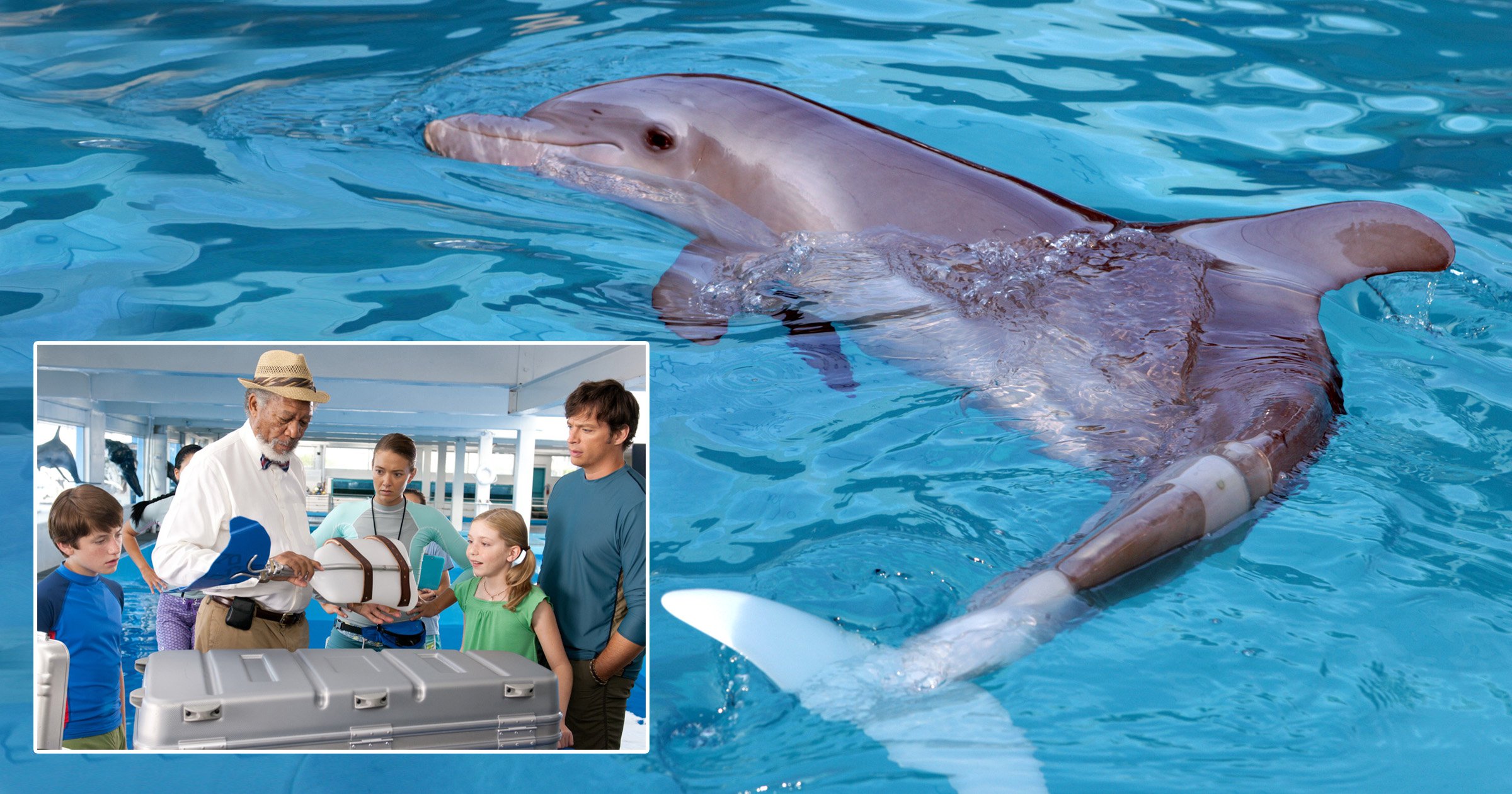 A dolphin with a prosthetic tail that made it the star of the movie Dolphin Tale has died at an aquarium in Florida.

The female bottlenose dolphin named Winter died as Clearwater Marine Aquarium animal care experts in Tampa held her to prepare her for treatment on a gastrointestinal abnormality.

Winter experienced a blockage in her intestines earlier in November.

‘With heavy hearts, CMA (Clearwater Marine Aquarium) announced tonight that Winter the Dolphin died at approximately 8pm as animal care experts from around the country worked to treat her gastrointestinal abnormality,’ the aquarium stated on Thursday night.

Staffers were ‘devastated’ over her death, aquarium officials said.

Veterinarian Dr Shelly Marquardt said that the aquarium consulted marine mammal experts around the country to try to treat Winter, who was in critical condition with her health declining quickly.

‘While we are heartbroken by Winter’s death, we are comforted knowing that our team did everything possible to give her the best chance at survival,’ Marquardt stated.

Winter was only two months old when her tail got caught in a crab trap close to Cape Canaveral and had to have her tail amputated. The long process of fitting Winter with a prosthetic tail and her recovery was the subject of the 20111 film Dolphin Tale.

‘Many are inspired by her resiliency and this amazing response reminds us of how deeply she has affected millions, including so many on their own health journey,’ the aquarium stated.

The movie was mostly shot at the Clearwater aquarium and around the Tampa Bay area. It starred Morgan Freeman, Ashley Judd, harry Connick Jr, Kris Kristofferson an Nathan Gamble, and made the nonprofit aquarium known worldwide.

‘This place wouldn´t be here if it wasn´t for Winter,’ the aquarium’s president James ‘Buddy’ Powell said.

The aquarium was closed on Friday to give staffers time to mourn Winter’s death.

Man arrested after allegedly making threat against US Jewish centre