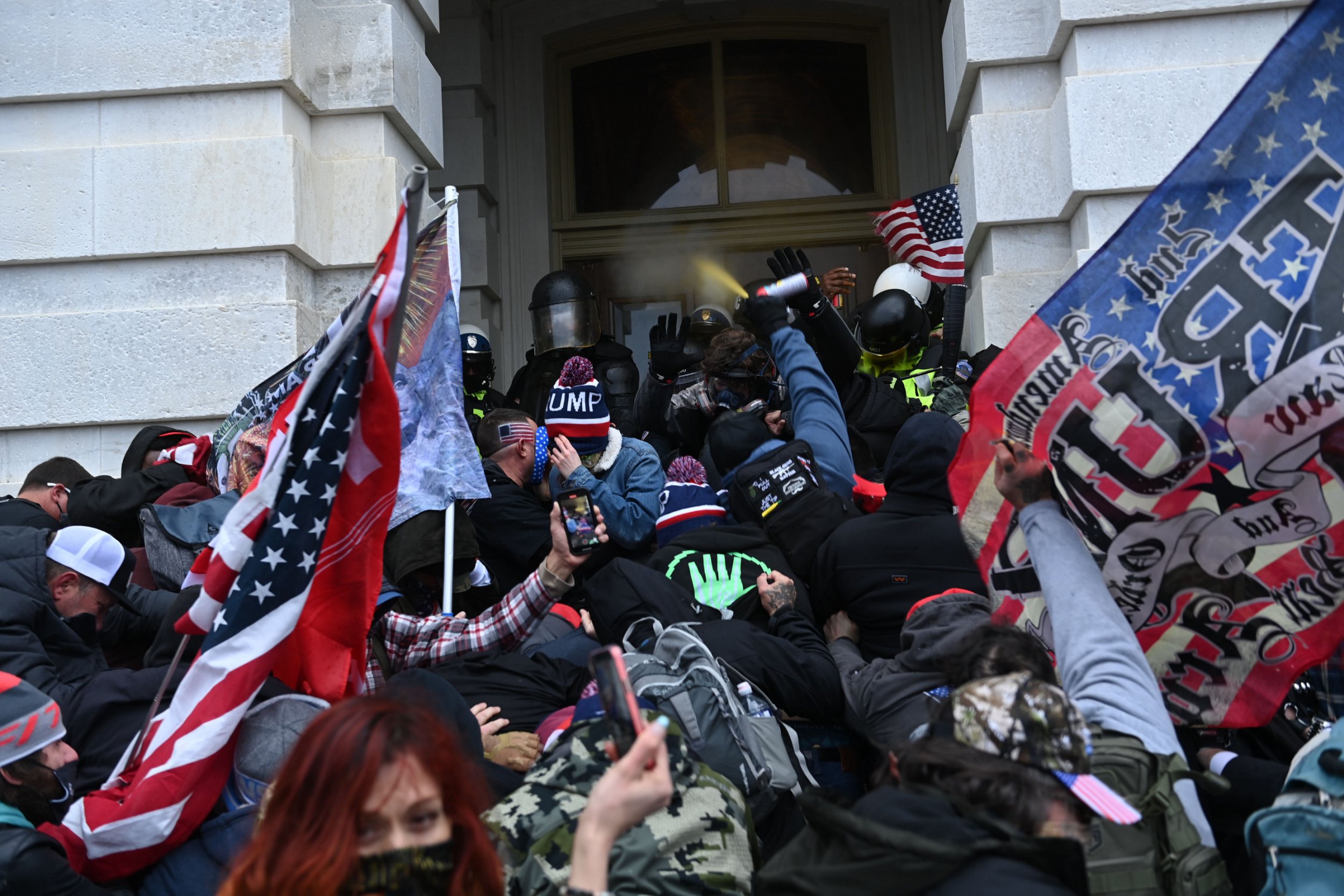 A congressional inquiry heard the former president played a crucial role in trying to violently stop the presidential elections from being authorised.

At the opening of a week-long hearing into the events of January 6, 2021, Americans were told by a bi-partisan panel that Mr Trump ‘lit the flame’.

The then-president had spent weeks telling his voters the election had been ‘stolen’ and ‘rigged’ by supporters of Joe Biden, claims which have been categorically proven false.

After listening to him give a speech, thousands of diehard supporters – including members of far right militias – almost totally overran the building where legislators were meeting to certify the results.

A huge mob, some of them armed, forced their way through police lines, many threatening to kill politicians inside, including vice president Mike Pence.

The inquiry heard an account that claimed Mr Trump said his former number two ‘deserves it’ as crowds chanted they would hang Mr Pence.

Five people died and more than 130 police officers were injured, many seriously, as they battled to stay in control of the Washington DC landmark.

‘When a president fails to take the steps necessary to preserve our union – or worse, causes a constitutional crisis – we’re in a moment of maximum danger for our republic.’

The hearing was played 12 minutes of new footage of the deadly violence, as well as testimony from Mr Trump’s inner circle.

It included a clip of Mr Trump’s daughter Ivanka saying she accepted former attorney general Bill Barr’s view that claims the election was rigged were false.

Other clips showed leaders of the extremist Oath Keepers and Proud Boys preparing to storm the Capitol to stand up for Mr Trump.

Congressman Bennie Thompson, chairman of the panel, said during the hearing: ‘Democracy remains in danger.

‘January 6 was the culmination of an attempted coup, a brazen attempt, as one rioter put it shortly after January 6, to overthrow the government.

‘The violence was no accident.’

Key revelations from the Pandora Papers