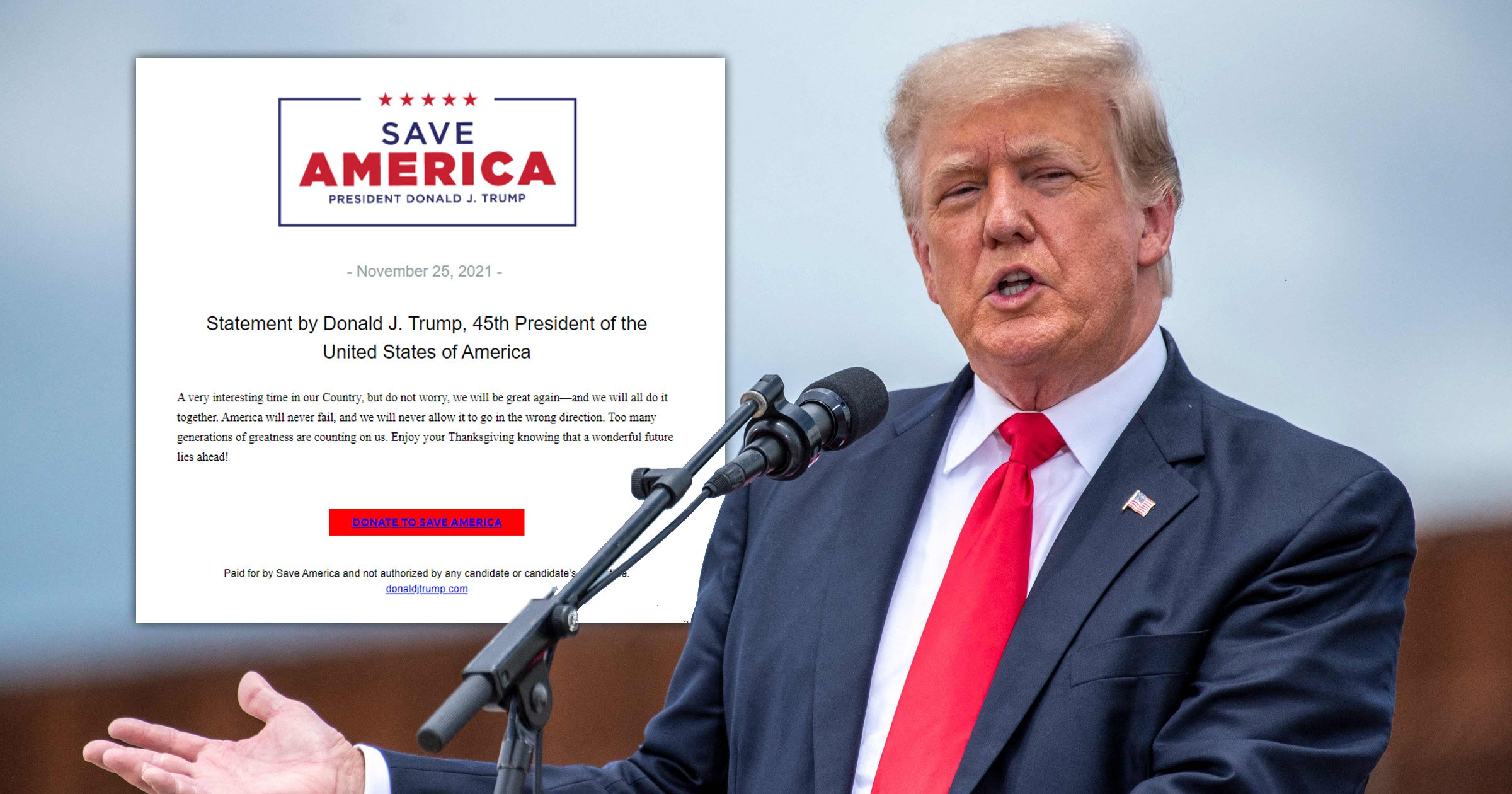 Donald Trump has hinted he may run for President again in a Thanksgiving message to America.

In a statement the former leader of the White House, 75, said it was a ‘very interesting time’ for the US, then told the nation: ‘But don’t worry, we will be great again – and we will all do it together.’

‘America will never fail, and we will never allow it to go in the wrong direction.

‘Too many generations of greatness are counting on us. Enjoy your Thanksgiving knowing that a wonderful future lies ahead!’ he added.

The statement by the 45th President of the USA was printed under a logo with five stars and the slogan ‘Save America; President Donald J. Trump’.

The former Republican president has repeatedly hinted he could seek another term in office since he was ousted by Democrat rival, Joe Biden, in an election that Trump bitterly contested.

However, he has yet to announce a formal challenge to President Biden, 79.

Mr Trump will make a decision whether to run again after the 2022 midterms, he told Fox News.

‘I am certainly thinking about it and we’ll see,’ he said.

‘I think a lot of people will be very happy, frankly, with the decision, and probably will announce that after the midterms.’

Mr Trump became the only President to be impeached twice after the House of Representatives voted to charge him with incitement of insurrection following the deadly riots at the US Capitol building.

But Mr Trump was cleared in February 2021 – leaving him free to run for office again in 2024 if he wishes to.

Since his election defeat the former businessman has kept a fairly low profile, spending time at his Mar-a-lago club in Palm Beach, Florida.

Meanwhile President Biden has also vowed to seek a second term in the White House, shrugging off concerns about his health.

He had a ‘potentially pre-cancerous polyp removed during his routine colonoscopy last week, the White House revealed on Wednesday.

No further action on the President’s health is necessary at this time, White House physician, Dr Kevin O’Connor, said.

But he will have to work harder to convince Americans, with a poll suggesting only 40% believe ‘Biden is in good health’.

Girl, 14, 'did celebratory dance with brother, 23, after he shot their mom dead'