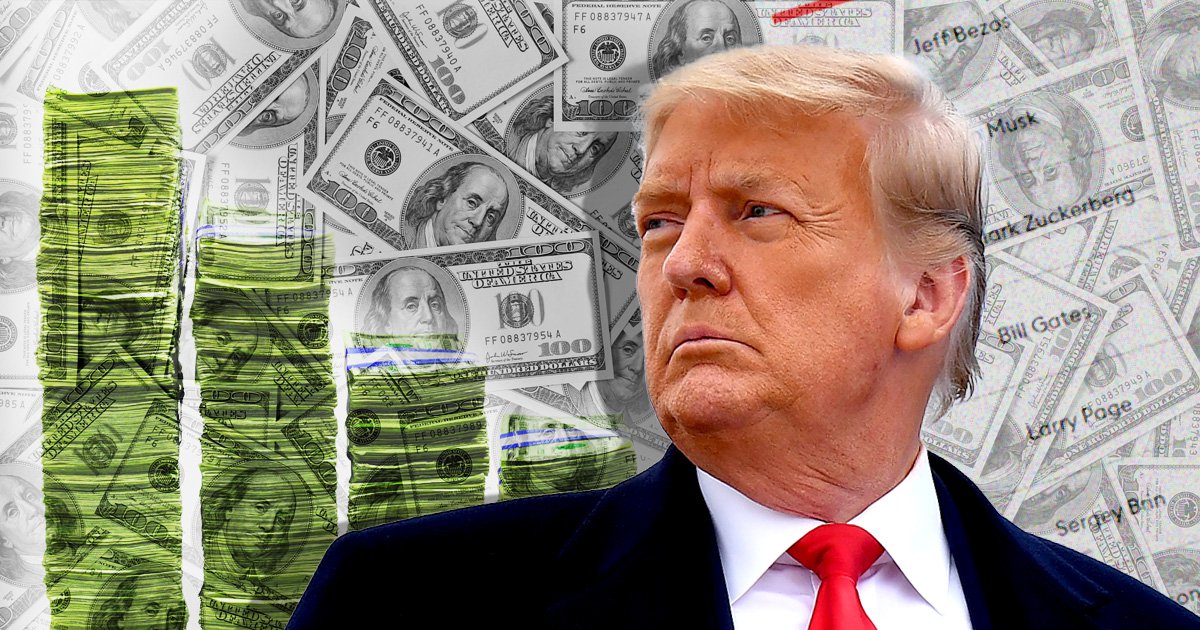 Former President Donald Trump has fallen off Forbes’ 400 richest Americans list for the first time in 25 years, in part due to the coronavirus pandemic.

Trump is worth an estimated $2.5billion, which is $400million short of the cutoff to make the Forbes 400 list this year, the publication reported on Tuesday.

The ex-president held a spot in the top half of Forbes 400 from 1997 to 2016, the year he won office. However, every year he served as president, his wealth chipped away, until this year when he dropped off the list.

Trump’s wealth is about the same as it was a year ago, when he ranked at 339 on the list. However, he has lost $600million in worth since the pandemic began in spring 2020. That’s because Trump’s fortune lies primarily in his real estate empire, and big-city properties languished during the pandemic.

Meanwhile, technology stocks and cryptocurrencies surged amid Covid-19. Trump can start by blaming himself for refusing to divest his real estate assets and reinvest in index funds that did not pose conflicts of interest in serving as president, according to Forbes.

At the time, Trump’s assets were worth an estimated $3.5billion, minus debt. Had Trump decided to sell his assets and paid the maximum capital gains tax, he would have lost $1.1billion and be left with $2.4billion entering the White House, according to Forbes.

‘By plowing that $2.4billion in an index fund tracking the S&P 500, for example, Trump’s fortune would have ballooned to $4.5billion by now, leaving him 80% richer than he is today,’ the publication wrote. ‘His refusal to divest, in other words, cost him $2billion.’

And if Trump had found a way to avoid paying capital gains taxes, his $3.5billion in S&P 500 would have ballooned to about $7million in September, when Forbes pulls estimates for its 400 list. That would have placed Trump as the 133rd richest person in the US.

‘Instead, he’s off the Forbes 400 for the first time in a quarter-century,’ the publication concluded.

Inside Decades of Nepotism and Bungling at the N.Y.C. Elections Board