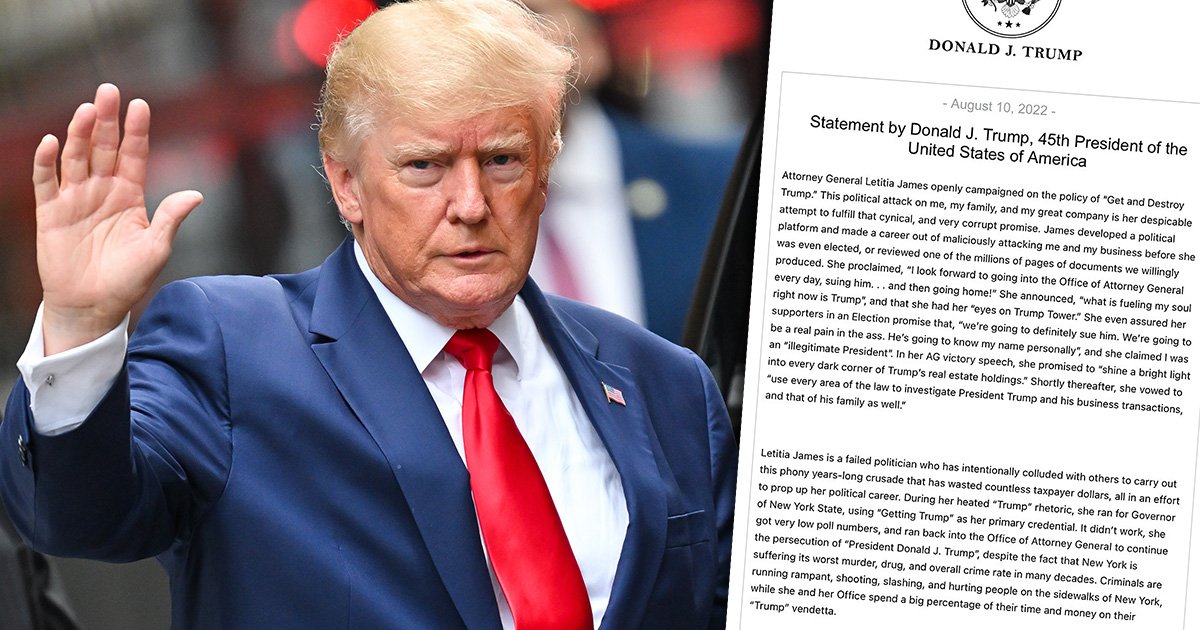 Former President Donald Trump declined to answer questions from the New York attorney general, then slammed her efforts to ‘get and destroy’ him and said he ‘did nothing wrong’.

Trump, who faced questioning under oath in a civil investigation into his business practices, on Wednesday morning pleaded the Fifth. In doing so, he exercised a right guaranteed by the Fifth Amendment of the US Constitution to refuse to answer questions in order to avoid incriminating himself.

In a lengthy statement shared on his Truth Social platform, Trump attacked the woman behind the probe.

‘Attorney General Letitia James openly campaigned on the policy of “Get and Destroy Trump,”‘ he stated. ‘This political attack on me, my family and my great company is her despicable attempt to fulfill that cynical, and very corrupt promise.’

Trump added that James’ investigation over the course of three years ‘is a disgrace to the legal system’, state taxpayers and ‘a violation of the solemn rights and protections afforded by the United States Constitution’.

‘Under the advice of my counsel,’ Trump stated on his Truth Social platform on Wednesday morning, ‘I declined to answer the questions under the rights and privileges afforded to every citizen under the United States Constitution.’

Trump also ripped the FBI raid on his Mar-a-Lago home two days before his deposition.