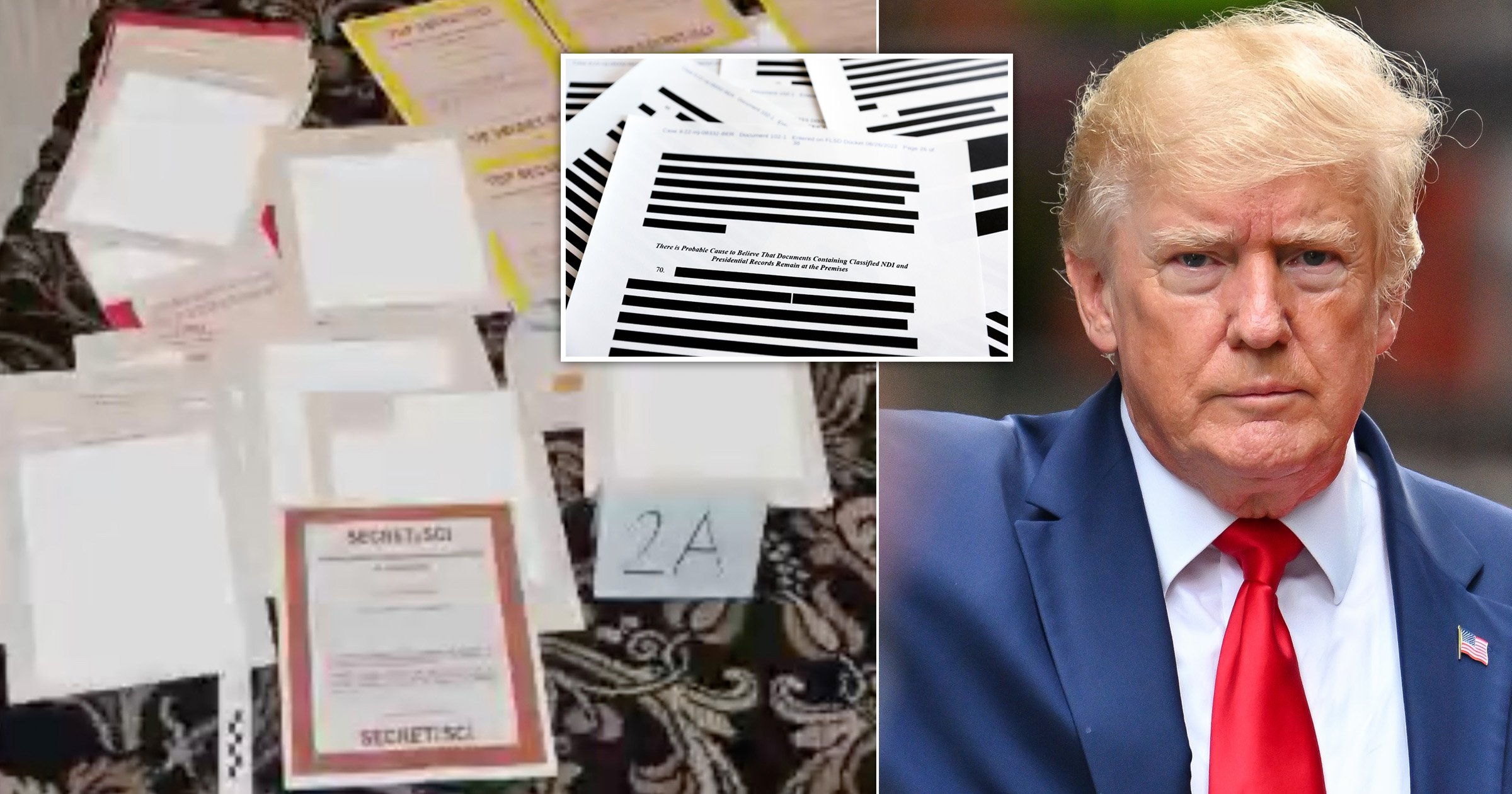 A list of items seized from Donald Trump’s Mar-a-Lago home was released Friday, revealing the chaotic ways in which thousands of important records were stored by the former president.

The list, unsealed by a federal judge overseeing Trump’s lawsuit seeking a special master to review the records, details how classified and unclassified items intermingled among newspaper and magazine clippings, clothing and other personal items in Trump’s storage.

Over 40 empty folders labeled as ‘classified’ were also found at Trump’s Florida estate during the August 8 search. While the latest release reveals general details about the content of the 33 boxes taken from the former president’s possession, it does not provide clarity on the content of the records.

According to the inventory list, there were over 10,000 government records without classified markings seized earlier this month.

An additional 48 empty folders with ‘classified banners’ and 42 folders marked with ‘return to staff secretary/military aide’ were also taken, as well as 11,000 government documents or pictures without classified markings, nearly 1,673 magazine and newspaper clippings, 19 articles of clothing or gift items and 33 books.

US District Judge Aileen Cannon ordered the release of the more detailed inventory to be unsealed during a hearing Thursday following Trump’s request to have a special master review what the FBI had seized from his property.

Trump’s legal team has argued that Cannon should appoint the third party judge to ensure an independent review of what was taken from Mar-a-Lago. Alternatively, attorneys for the Justice Department say that appointing a special master would hinder their probe into whether Trump kept national security documents in his home illegally.

The Meaning and History of a Controlled Burn