At a cabinet meeting on 2 January, as the shutdown entered the 12th day, Mr Trump said: “Could be a long time or could be quickly.”

He was speaking a day before Democrats take over control of the House of Representatives and showed no signs of backing down over the $5.6bn he wants for the “beautiful” border wall with Mexico. 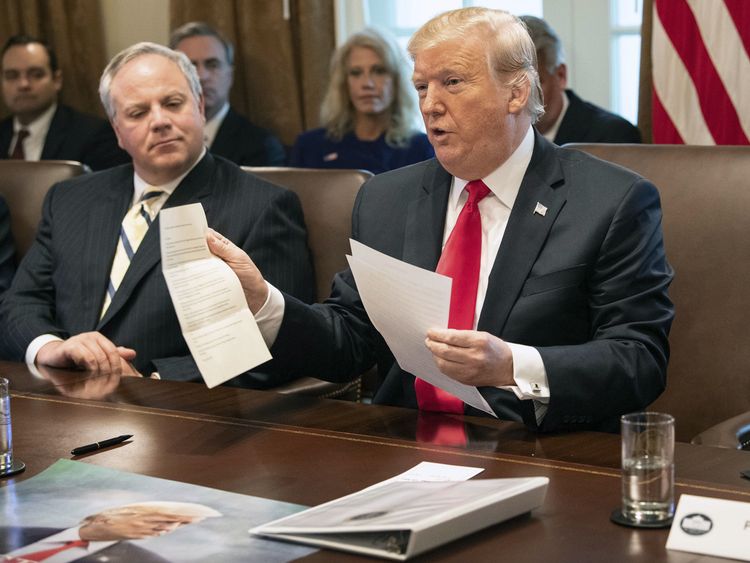 In an unexpectedly long session with the press, he said: “This is national security we’re talking about.

“It’s too important a subject to walk away from. I think the people of this country think I am right.”

Mr Trump claimed again that Mexico would be paying for the border wall through a revised trade agreement, but Associated Press said there is no mechanism in the agreement for Mexico to refund the outgoings from the US. 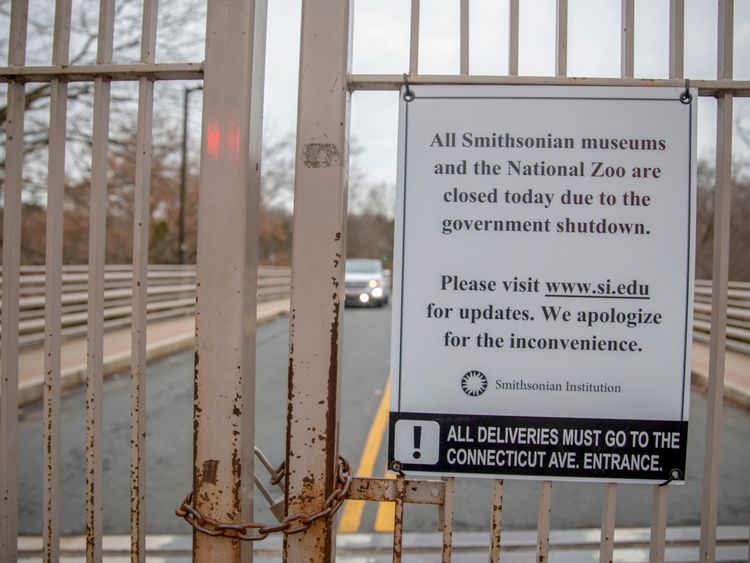 Republican representative Kevin McCarthy said after the meeting that Mr Trump had asked Congress leaders to return to the White House on Friday for further talks on funding for the wall.

The partial shutdown is affecting about a quarter of the federal government, and 800,000 federal employees. The Smithsonian Museum sites and Zoo are closed for the duration.

Mr Trump also brandished a letter he claimed was from Kim Jong Un, the leader of North Korea, during the meeting, saying he would like to have another meeting with him.

He said: “I just got a great letter from Kim Jong Un and those few people that I’ve shown this letter to. They’ve never written letters like that. This letter is a great letter. 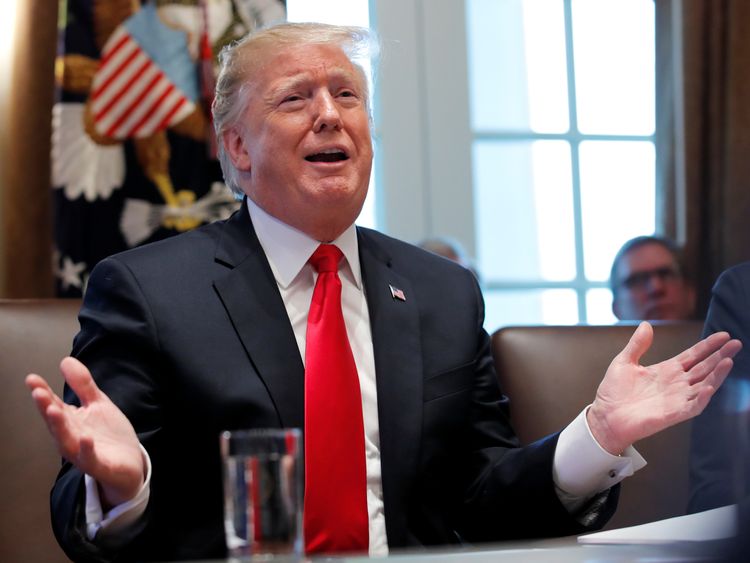 “We’ve made a lot of progress with North Korea, Kim Jong Un. Chairman Kim has been – we’ve had a, we’ve really established a very good relationship a lot of good things are happening.

In a typically varied Trump style, the president also addressed the recent departure of Jim Mattis, claiming he had effectively fired him, rather than General Mattis choosing to leave.

His defence secretary resigned over a disagreement with Mr Trump’s decision to pull troops out of Syria.

Although he announced his resignation on 20 December, and said he would stay on until the end of February, Mr Trump announced Gen Mattis’ replacement as Pat Shanahan, and put him in place on New Year’s Day.

Mr Trump told the meeting he had fired Gen Mattis, and asked rhetorically: “What’s he done for me?”

The president said he hadn’t been happy with the former defence secretary’s work in Afghanistan, adding that the Taliban and the Islamic State militants should be left to fight each other.

Democrats take control of the House of Representatives on Thursday, when the 2019-2020 Congress convenes. The new house speaker will be Nancy Pelosi.

Canadians trapped in the Bahamas by devastating Hurricane Dorian