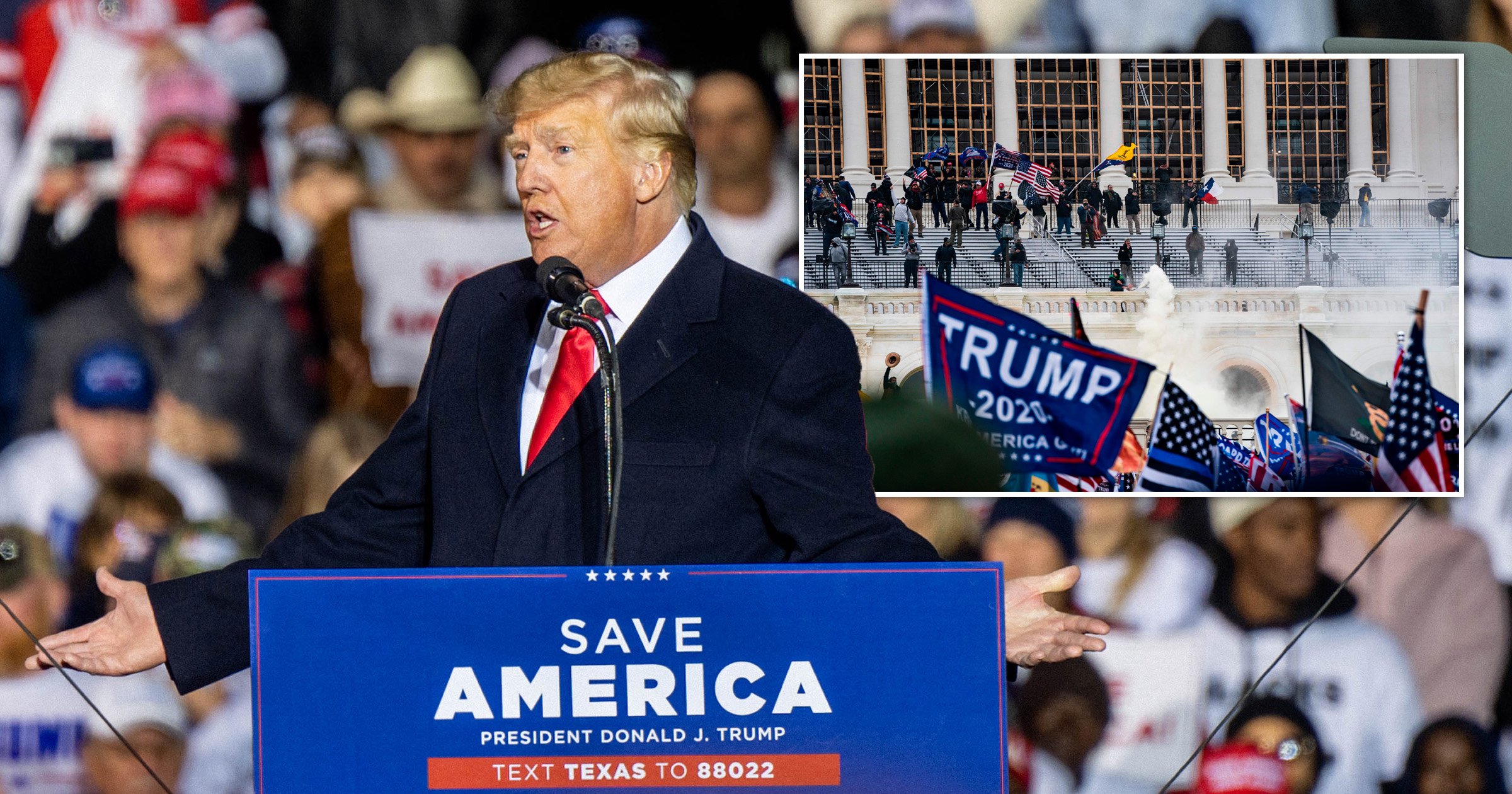 Former President Donald Trump said he will pardon his supporters who stormed the US Capitol on January 6 of last year, during a campaign-style rally over the weekend.

Speaking at the Montgomery County Fairgrounds in Conroe, Texas, Trump remarked that ‘many people’ have asked him about the fate of the hundreds of people who have been charged in the deadly insurrection.

‘If I run and if I win, we will treat those people from January 6 fairly, we will treat them fairly,’ Trump said, to cheers on Saturday. ‘And if it requires pardons, we will give them pardons, because they are being treated so unfairly.’

Trump continued: ‘This hasn’t happened to all of the other atrocities that took place recently. Nothing like this has happened. What that unselect committee is doing and what the people are doing that are running those prisons, it’s a disgrace, it’s a disgrace.’

More than 700 people have been charged, including 11 with seditious conspiracy, in the riot that resulted in seven deaths and more than 100 police officers injured. Trump has regularly slammed the House select committee investigating the insurrection and the role he and his allies played in inciting it.

Trump in a rally early on January 6, 2021, told his fans ‘we will never concede’, and a mob then broke into the Capitol building to try to stop Congress from certifying the presidential election for Joe Biden.

On Sunday, Trump attacked moves by a bipartisan group of senators to reform the Electoral Count Act of 1887, which he tried to use to sway then-Vice President Mike Pence against certifying Biden’s win. Pence at the time said he did not have the authority to do as Trump wished. Trump has now point-blank blamed Pence.

‘How come the Democrats and… Republicans, like Wacky Susan Collins, are desperately trying to pass legislation that will not allow the vice-president to change the results of the election?’ Trump stated a day after his Texas rally.

‘Actually, what they are saying, is that Mike Pence did have the right to change the outcome, and they now want to take that right away. Unfortunately, he didn’t exercise that power. He could have overturned the election!’

Trump has not yet announced whether he will run in 2024, although he recently declared himself the ’45th and 47th’ president of the US while playing golf.

Searching for Survivors: Penticton fire chief and his disaster dog return from the Bahamas