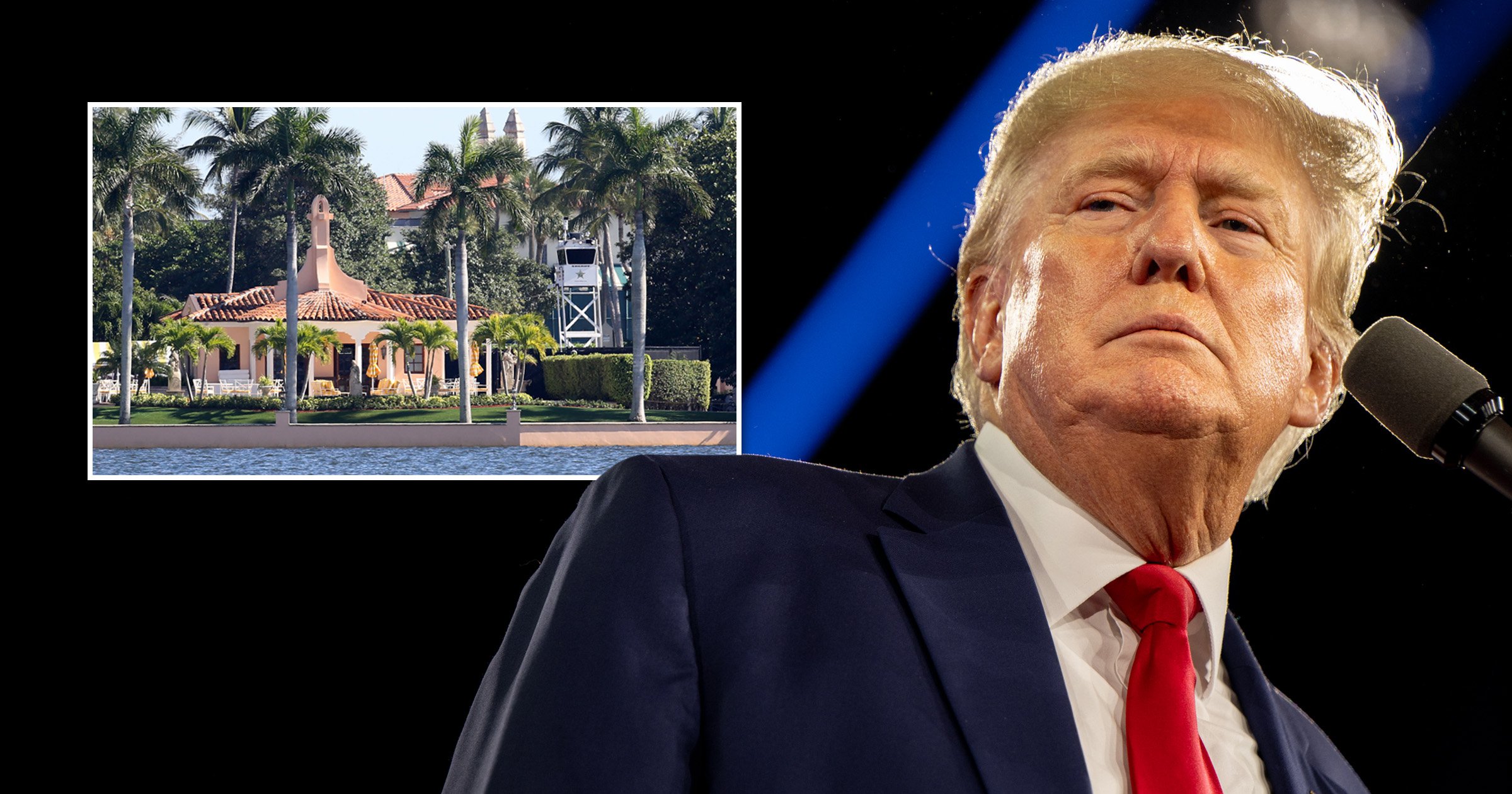 Trump in a lengthy statement released through his Save America PAC did not say why his home was raided. He did say that agents ‘even broke into my safe’.

‘These are dark times for our Nation, as my beautiful home, Mar-A-Lago in Palm Beach, Florida, is currently under siege, raided, and occupied by a large group of FBI agents,’ stated Trump.

‘Nothing like this has ever happened to a President of the United States before.’

Trump said he has been working and cooperating with relevant government agents, making ‘this unannounced raid on my home was not necessary or appropriate’.

The ex-president blamed ‘Radical Left Democrats’, as he has repeatedly done so in the past.

‘It is prosecutorial misconduct, the weaponization of the Justice System, and an attack by Radical Left Democrats who desperately don’t want me to run for President in 2024,’ Trump stated, ‘Especially based on recent polls, and who will likewise do anything to stop Republicans and Conservatives in the upcoming Midterm Elections.’

In mentioning that his safe was broken into, Trump pointed to one of the biggest scandals in the history of American government.

‘What is the difference between this and Watergate, where operatives broke into the Democrat National Committee?’ stated Trump. ‘Here, in reverse, Democrats broke into the home of the 45th President of the United States.’

Judge rules not to release report on alleged animal cruelty at N.B. zoo

Coronavirus: US looks to ramp up oxygen in India aid push