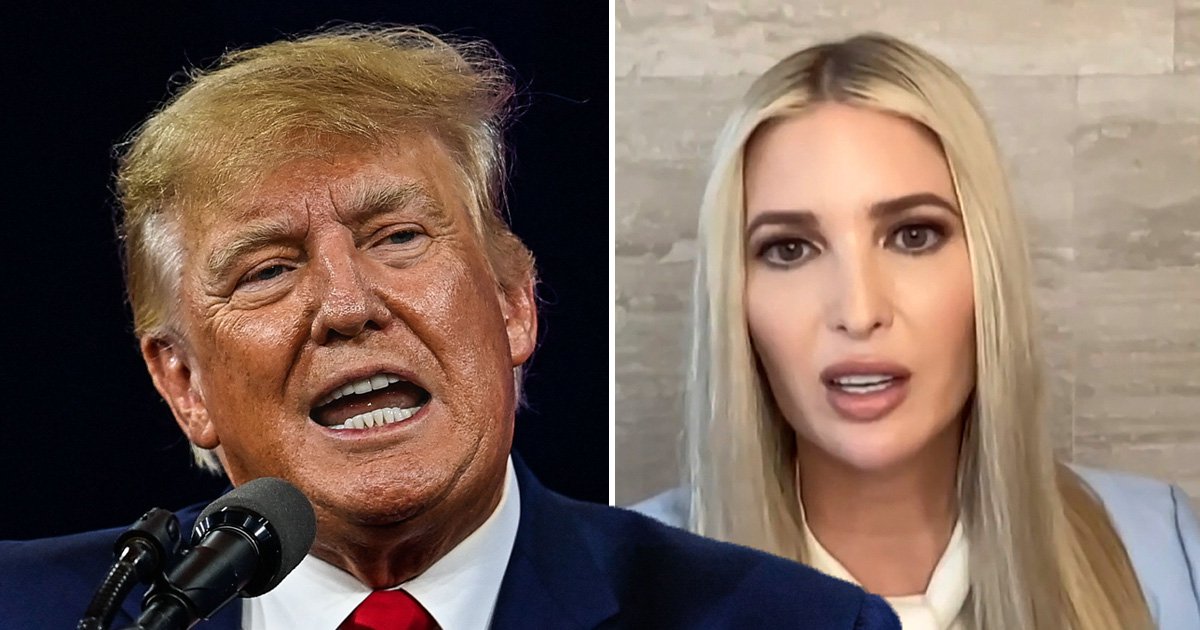 Former President Donald Trump claimed that his daughter Ivanka Trump ‘checked out’ and was not involved in analyzing the election results after she accepted his loss in her January 6 testimony.

The ex-president turned on his eldest daughter after part of her video recorded remarks were played Thursday night in the first public hearing held by the House Select Committee investigating the Capitol riot.

‘Ivanka Trump was not involved in looking at, or studying, Election results,’ the 45th president wrote on his social media platform Truth Social on Friday.

‘She had long since checked out and was, in my opinion, only trying to be respectful to Bill Barr and his position as Attorney General (he sucked!).’

‘Many of President Trump’s White House staff also recognized that the evidence did not support the claims President Trump was making,’ said Cheney. ‘This is the president’s daughter, commenting on Bill Barr’s statement that the (Justice) Department found no fraud sufficient to overturn the election.’

In the clip, interviewers ask Ivanka, who served as a senior advisor to the president, how Barr’s statement affected her view of the 2020 presidential election.

‘It affected my perspective,’ Ivanka replies. ‘I respect Attorney General Barr, so I accept what he was saying.’

Ex-President Trump’s hit back at Ivanka’s comment is a surprising departure, as she has long been perceived as his favorite child.

His comment around Ivanka was just one of multiple fiery remarks he launched after the congressional hearing, in which lawmakers accused him of orchestrating the insurrection in an ‘attempted coup’.

The former president said that ‘the Unselect Committee of political HACKS refuses to play any of the many positive witnesses and statements, refuses to talk of the Election Fraud and Irregularities that took place on a massive scale, and decided to use a documentary maker from Fake News ABC to spin only negative footage’.

He targeted Barr, who in December 2020 said the Justice Department had ‘not seen fraud on a scale that could have affected a different outcome in the election’.

On Friday, the former president called Barr ‘a weak and frightened Attorney General who was always being “played” and threatened by the Democrats and was scared stiff of being Impeached’.

Ex-President Trump also denied approving of chants to ‘hang Mike Pence’, his vice president, as Cheney said during the hearing.

‘I NEVER said, or even thought of saying, “Hang Mike Pence,”’ he posted on Truth Social. ‘This is either a made up story by somebody looking to become a star, or FAKE NEWS!’