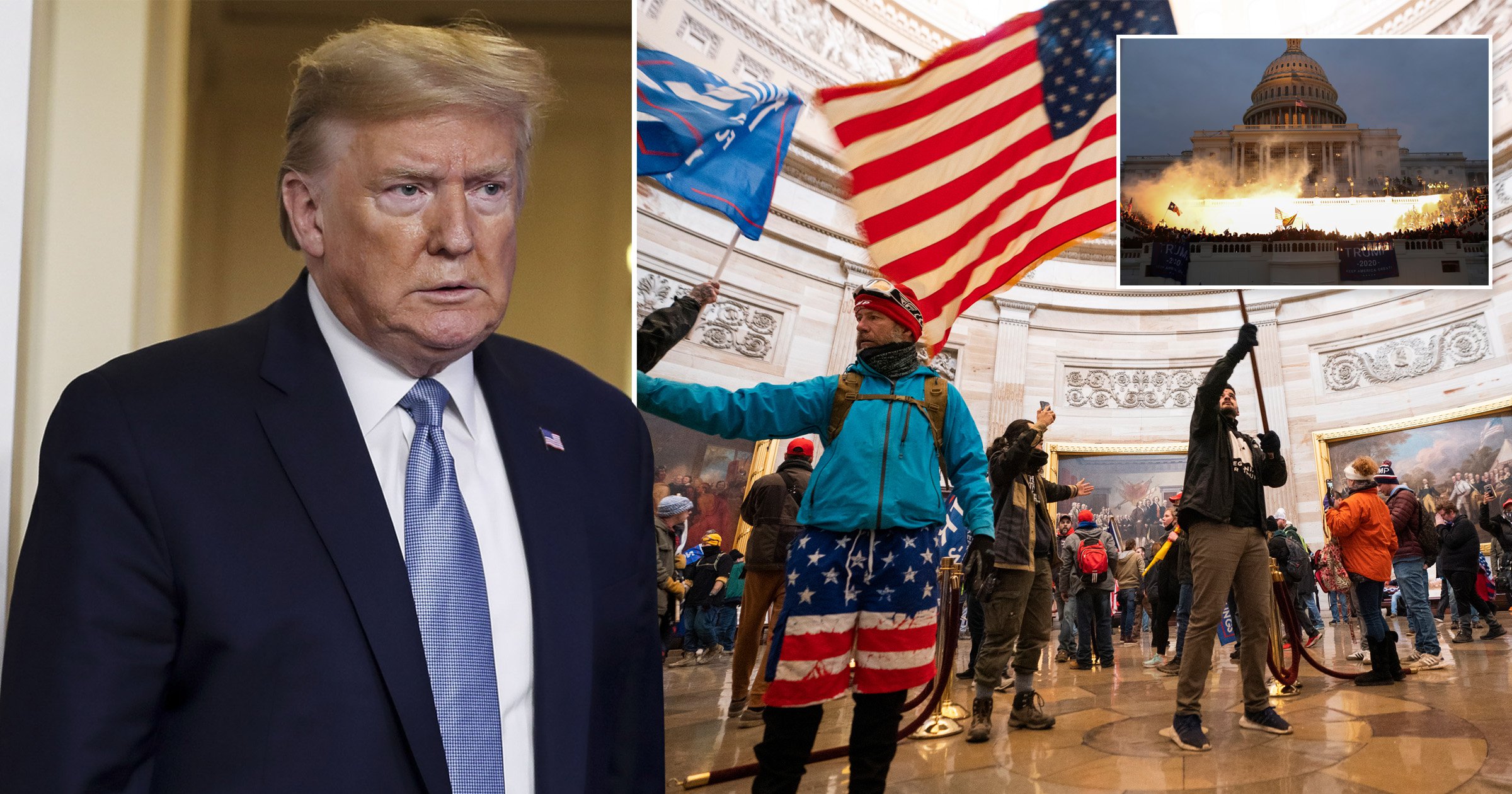 Raskin, who is acting as prosecutor at Trump’s impeachment trial, told the US Senate: ‘I’ll tell you a final sad story in this kaleidoscope of sadness and terror and violence.

‘One of our Capitol officers who defended us that day was a long time veteran of our force, a brave and honorable public servant who spent several hours battling the mob as part of one of those blue lines defending the capitol in our democracy.

‘For several hours straight…he defended us and he lived every minute of his oath of office. And afterwards overwhelmed by emotion he broke down in the rotunda. And he cried for 15 minutes, and he shouted out i got called an n-word 15 times today.