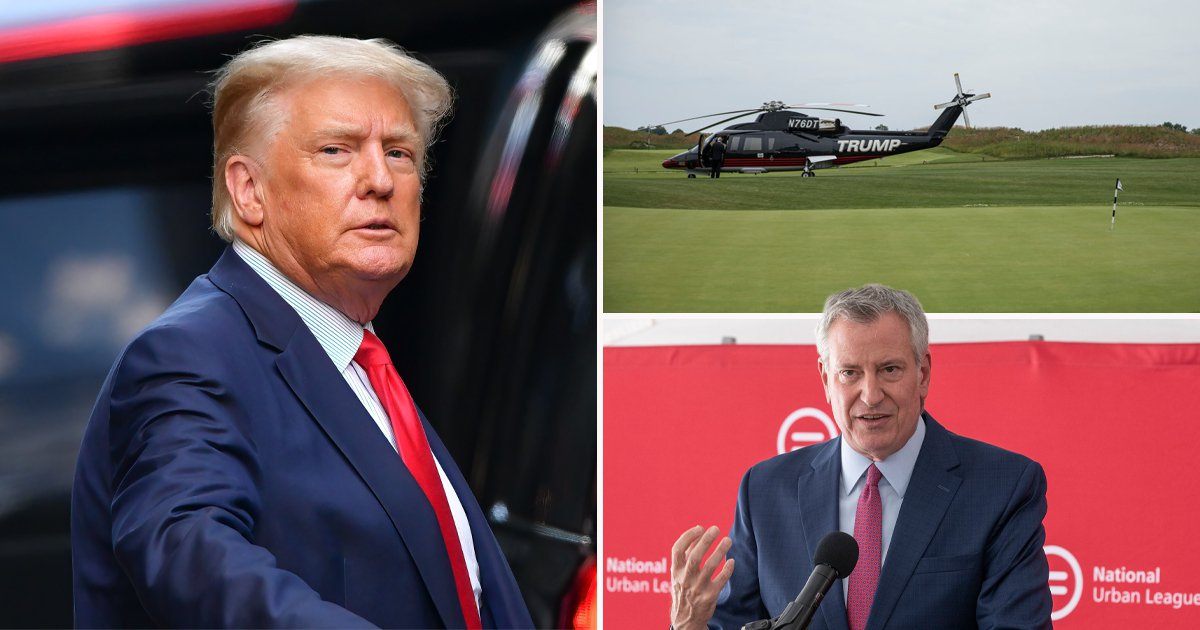 Donald Trump’s company is suing New York City over its move to block the former US president from being able to run a golf course in the Bronx.

The Trump Organization has filed a lawsuit in the state court and argues the city’s decision is ‘politically motivated’.

It comes after New York City mayor Bill de Blasio terminated a management contract for the golf club between the Trump Organization and the city. The mayor ended the agreement following the events of January 6, when a mob of Trump supporters stormed the US Capitol.

The lawsuit argues that there was nothing in the 556-page contract that allowed de Blasio to cancel the contract on such grounds. It says the mayor had ‘pre-existing, politically-based predisposition to terminate Trump-related contracts, and the City used the events of 6 January, 2021 as a pretext to do so’.

Trump’s company has demanded that either it be allowed to continue to run the course or the city must pay millions of dollars to buy them out.

In a statement, the Trump Organisation said that de Blasio’s actions are ‘purely politically motivated, have no legal merit, and are yet another example of the mayor’s efforts to advance his own partisan agenda and interfere with free enterprise’.

Mayor de Blasio announced the decision to cancel the golf course contract in January, and said it was Trump’s ‘criminal action’ in inciting Capitol rioters that fueled the decision.

Bill Neidhardt, press secretary for the New York City mayor, tweeted to indicate the canceling of the contract was punishment was Trump’s role in the riot on Capitol Hill.

‘Donald Trump directly incited a deadly insurrection at the US Capitol’, the Tweet said.

‘You do that, and you lose the privilege of doing business with the City of New York. It’s as simple as that.’

Following the attack on the Capitol, the city also ended contracts with the Trump Organisation to run two skating rinks and a carousel in Central Park.

Several other insurers, banks and brokers have also refused to do any future business with Donald Trump’s company in the wake of the Capitol riot.

New York city officials have also pointed out a decision by the PGA (Professional Golfers’ Association) of America, to cancel a tournament at one of Trump’s golf courses in New Jersey as further back-up to its own decisions.

The city argues that Trump could no longer argue he can attract prestigious tournaments to the Bronx course as is required in the contract.

The Trump Organisation, however, has emphasized that the contract doesn’t require it to attract tournaments and they need to only maintain the golf course as that is of ‘first-class, tournament quality’. In filing the lawsuit, Trump officials also attached letters from course designers, golf organisations and famous golfers saying the course met that standard.