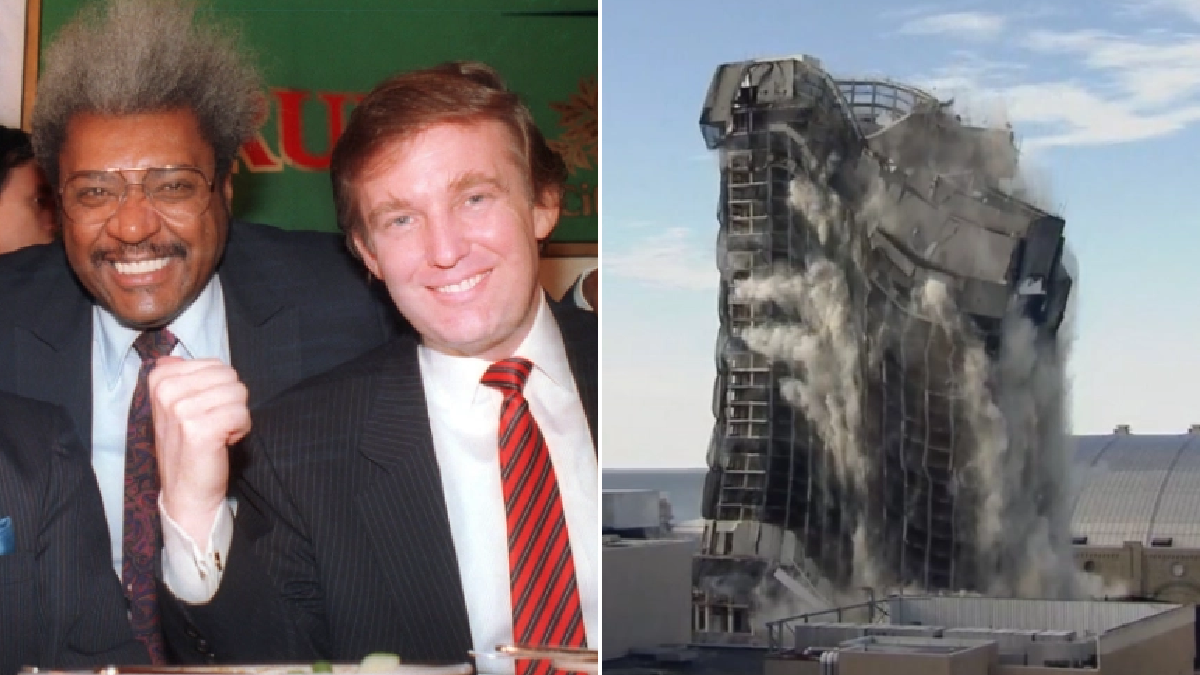 An abandoned casino once owned by former President Donald Trump has been blown up with 3,000 sticks of dynamite. The shuttered Trump Plaza Casino in Atlantic City was imploded shortly after 9am EST on Wednesday morning as excited spectators watched the former 614 room resort topple to the ground.

Trump Plaza – which struggled to make money during its troubled 30 year lifespan – fell to the ground within seconds during the controlled demolition, with claps ringing out after the spectacle unfolded.

Trump opened the casino in the New Jersey seaside resort in 1984. It quickly became a hotspot for high-profile boxing matches attended by Trump and his first wife Ivana.

The then property developer was snapped next to famed boxing promoter Don King and his mentor Roy But the casino performed poorly, and eventually closed in 2014. It subsequently fell into disrepair, with Trump demanding his name be removed from the crumbling property.

Trump previously operated another casino resort in the New Jersey city, the Trump Taj Mahal. It has since been rebuilt as a Hard Rock hotel, with Wednesday’s demolition ending the former president’s ties to the city.

Brenda Phillips, who traveled to watch the implosion, told ABC6: ‘It was beautiful. It was impactful. It was state of the art, but time just took its toll on it.’

Atlantic City Mayor Marty Small insisted that the property’s destruction was ‘not about politics,’ and that he was excited about the lot being redeveloped.

The land on which Trump Plaza sat is owned by billionaire Carl Icahn, who has yet to announce plans for its redevelopment.

Nissan Maximas top list of 10 most stolen vehicles in the Maritimes: IBC

For Seattle’s Last Mobile Home Owners, the Clock Is Ticking